Much Ado About Flavoring: Part One 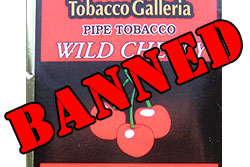 Imagine the scene if you will.
It’s Christmas time, the bitter chill of the wind has driven all warm bodies into the glow of their light-strewn and Santa Clause-d houses, and as the youngest daughter of the family crawls up onto her grandfather’s lap to hear “The Night Before Christmas” for the very first time, Grandpa strikes a match and brings the flame down to the bowl of his pipe.
Now, while the various nanny-state and health crusaders of this country might portray this portrait as picturesque up to the point that Grandpa lights up, Paul Creasy, current Chairman of the Pipe Tobacco Council and General Manager of the Pipe Tobacco Division of Altadis USA, explains why this scene remains as Norman Rockwell as it gets from beginning to end.
“[When it comes to pipe tobacco], you can usually make the argument that ‘Look, do you really want to ban Grandpa’s pipe?’, and normally, people will say “Well no, that wasn’t the intent of this law — we were really going after something else.”

Which is a viewpoint that Creasy and the Pipe Tobacco Council are looking to change.
Creasy, who has been with Altadis for 21 years and acted as Pipe Tobacco Council Chairman for the past five, explained that this very attitude is what is posing the greatest threat to pipe tobacco today.


“One of the things that we’re concerned about constantly in the pipe tobacco business is being regulated out of existence by accident,” Creasy said.
Which is a legitimate concern when looked at in the context of the “flavoring bans” which were enacted in New York in 2009 and a similar bill brought before the 2011 Salt Lake City Legislature calling for all “flavored tobacco products targeted at children” to be outlawed. “What they were really targeting were things like [manufactured] flavored cigars — that was the main target,” explained Creasy about the New York flavoring ban. “There’s this idea that’s gotten into people’s heads, which is completely wrong, that somehow ‘flavors’ mean that you’re trying to appeal to kids — which is not true.”
Creasy went on to explain that, in most circumstances regarding tobacco and politics, political motivations often prove to be the primary cause for the attacks on lump-sum tobacco.
“It’s a feel-good issue for people who don’t know any better so that they can say, ‘Oh no, we don’t want tobacco products appealing to children,’ and so that’s when they pass things like the flavoring ban in New York City,” Creasy said. “They’re not even considering pipe tobacco. Our lobbyists were up there trying to talk to them about it, and they were saying that they weren’t specifically targeting pipe tobacco, but you’re never going to get people to be in your corner, to make an exception, especially in a place like New York.”
Recent meetings with the FDA regarding the distinctions between the different types of tobacco, though, prove that, though the difficulties that face the cause are great, at least the Pipe Tobacco Council is going to be proactive in what their opponents view as their futility. 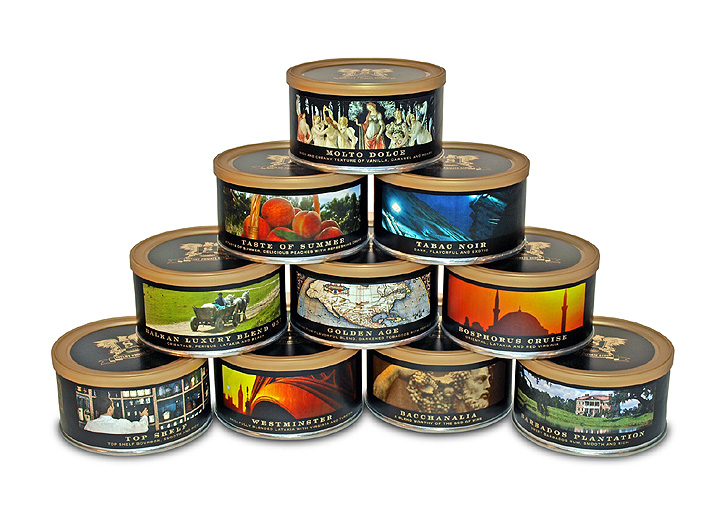 “I did a presentation to the FDA on behalf of the Pipe Tobacco Council back in mid-October [2011],” Creasy said. “It was more of an educational presentation to the FDA just so that they were aware of what pipe tobacco is, how it is marketed, how it is manufactured, what some of the issues with pipe tobacco as it relates to the whole tobacco industry are, etc. The main reason we did that was that we’ve always been more concerned about pipe tobacco being regulated out of existence — not directly, but by accident.”
Though Creasy stated that the meeting with the FDA went well and that his message seemed to get through, he still warned of the dangers that the inadvertent acts by the FDA and ambitious politicians pose to the pipe tobacco industry.
“Eventually, all tobacco products are going to come under the jurisdiction of the FDA due to the Tobacco-Control Act,” Creasy said. “The FDA wants to treat all tobacco products equally, not knowing that they are allowed to distinguish between the fact that chew and snuff and cigars are different than cigarettes, that they are not just different categories of tobacco products.”
And the fervent zeal of do-gooder politicians extrapolates this effect.
“Somebody will pass some big law about tobacco, not necessarily targeting pipe tobacco, but because of their ignorance of the way pipe tobacco works, we could get swept up as collateral damage,” Creasy said. “We kind of felt that it was a good idea to at least make the FDA aware of how the pipe tobacco industry works and what some of the concerns that we have are.”
Some of which, primarily, are distinguishing pipe tobaccos from cigarettes to avoid the “logistical nightmare”, as Creasy puts it, of a rotating health warning label.
“In the cigarette business, there are approximately eight rotating health warning labels on cigarette packs,” Creasy said. “In the pipe tobacco business, it would just be a killer to have a rotating health warning like this, because you’re dealing with volumes way smaller than small. If you’re going to have a rotating health warning on every pack of tobacco product, then you’re going to have to have eight times as much inventory as you do now, and there’s no standard size for pipe tobacco products.”
Creasy went on to explain how something as simple as a common misconception lies heavily at the root of the fight to free tobacco from extensive regulation.
“Everybody assumes that tobacco is big, but pipe tobacco is less than 0.1% of all tobacco sold in the United States,” Creasy said. “The scale of this compared to the rest of the tobacco industry is much, much smaller, and to a large extent, approximately 95% of all pipe tobacco, depending on how you determine what ‘flavor’ is, is flavored in some way.”
Which, again, is what lies at the heart of the issue here.
“‘Casing‘ is flavoring, according to the FDA — anything that’s non-tobacco flavored,” Creasy said. “If you’re adding sugar, licorice, things of that nature, which are fairly common casing elements and are all used, even in pipe tobacco, then you don’t necessarily have to have a distinguishing characteristic. That’s just what makes it pipe tobacco, as opposed to cigarettes.”
So, with all this talk of “flavoring” and “casing”, what exactly is it? What is the process through which a harvested tobacco leaf is cured to become your pipe tobacco?
Creasy explained that, too.
“You bring in your raw leaf at the beginning of the process,” said Creasy, “and the vast majority of it is cased in some way, and you make up your casing sauce, which tends to be non-characterizing flavors like base casing sauce — sugar, corn syrup, honey, molasses, things of that nature — which basically are added to improve the smoking characteristics of the tobacco without actually giving it a specific flavor or taste.” [Editor’s note: More on Casings and Toppings Here]
The next step, Creasy said, involves taking the cased leaf to the “blooming” department, where the “top flavors” are added, from cherry, to vanilla, honey, whiskey, etc.
And while this generations-old process may give Grandpa a little extra enjoyment when he brings out his pipe, it conversely paints a target on the backs of tobacconists for those who believe that adding flavoring to tobacco is meant to entice children into smoking.
“Pipe tobacco’s been flavored for generations,” Creasy said. “That didn’t just come about, and it’s not some sort of evil plot to make it appealing to children. It’s just what makes pipe tobacco, pipe tobacco.”

Erik Stokkebye, President of Villiger-Stokkebye International for the past six years, lent his opinion to the arguments facing pipe tobacco flavoring.
“Obviously, for both cigars and pipe tobacco it’s not a good thing because both historically and throughout the generations they have been flavored,” Stokkebye said. “Particularly for pipe tobacco, as far as I’ve seen and recall, flavored ingredients have played a part for a hundred years plus.”
“It’s all part of this generalized, creeping nanny-state issue where tobacco’s an easy target, because nobody defends that,” Creasy added. “But again, you’ve got doughnuts and vodka and salt — it’s the same issue.”
Creasy added in closing that the restrictions and regulations, such as the New York City ban, facing flavored tobacco today are not the end of the argument, but the beginning, that this zeal for attacking what the self-righteous deem to be “evil” and “corrupt” will not end with tobacco, even if tobacco were to be illegalized.
MORE READING  Lies, More Lies & A Small Touch of Sanity

“It’s just simply a matter of time before where we go, everyone else will go, too,” Creasy said. “It’s going to be the food companies, too, because already you can see very clearly that this story has been created, that artificial flavoring in food is somehow why everyone is fat, and so therefore, eventually, someone’s going to have to do something about that. ‘A’ follows ‘B’, fall follows summer, and you can very clearly see it all lining up. The point of the argument’s going to be that enhanced flavors are causing problems, when the reality is that enhanced flavors make things taste better. That’s why people use them.”
So, when Grandpa’s done reading Little Susie “The Night Before Christmas” and your family gathers around the table this holiday season, take a good look at all the flavorings (natural and/or artificial) collected on the table in some form or another, and imagine a world in which the government condemns your feast as illegal, all for the sake of the greater good.