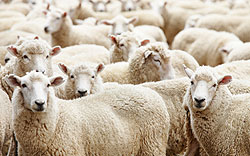 Just the other day, I turned on my television and ran across a commercial promoting an anti-acne product called Epiduo. Throughout the entire length of the commercial, the mantra of "don’t blame yourself; blame biology" was repeated multiple times, and I couldn’t help but see a parallel between this very phrase and the reputedly-negative health aspects which have always been synonymous with smoking.

But how negative are they really?

We as a society have always taken the inherent risks of smoking at face-value, confident that the authority figures and so-called experts know what they are talking about when they tell us how smoking will lead to disease and death.

But, as with all authority figures in a post-Nixon America, taking their word at face value is the surest way of ensuring that you’re going to be lied to.


For example, let’s take a look at the country of Japan. 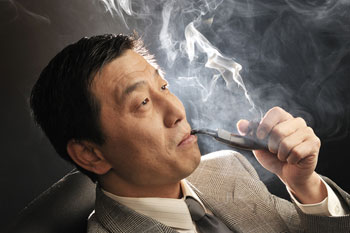 Out of the top fifteen countries in the entire world who smoke, Japan has the highest percentage with a whopping 59% of the country’s male population. The life expectancy rate is just under 77 years, and yet the lung cancer death rate (LCDR) for Japan is only 0.5% of the male population.

How is this possible?

In his 2003 book In Defense of Smokers [Free Download], author Lauren Colby spoke with the infamous Ernst L. Wynder (who you may remember as one half of the research team who effectively began this post-modern witch-hunt with the publication "Tobacco Smoking as a Possible Etiologic Factor in Bronchiogenic Carcinoma", and the implications of what he discovered when he questioned him about his 1991 article titled "Comparative Epidemiology of Cancer between the United States and Japan" are staggering to the entire world’s population of smokers.

"The bottom line, however, was the concession of Dr. Wynder that the data did not support smoking as a cause of lung cancer in Japan. According to the authors’ own figures, the lung cancer rate among Japanese males is less than one third the rate among U.S. white males, and as early as 1955, 81.4% of Japanese men were smokers (compared to 52.6% in the U.S.)."

Now, for you history buffs out there, the issue of smoking in America can pretty much be traced back to one pesky little Reader’s Digest article whose implications were studied by both Wynder and his colleague, Evarts Ambrose Graham. 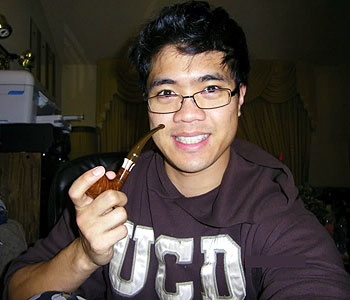 And, unfortunately for all the anti-smoking activists out there, a concession such as Dr. Wynder’s that the effects of smoking do not always lead to developing lung cancer is pretty much akin to Charles Darwin renouncing evolution on his death bed.

Now, while we’re on the subject of the socially-accepted mythology regarding the effects of smoking on one’s health, let’s revisit the exact phrasing used in the equally infamous 1964 Surgeon General’s Report.

"Nicotine is rapidly changed in the body to relatively inactive substances with low toxicity. The chronic toxicity of small doses of nicotine is low in experimental animals. These two facts, when taken in conjunction with the low mortality ratios of pipe and cigar smokers, indicate that the chronic toxicity of nicotine in quantities absorbed from smoking and other methods of tobacco use is very low and probably does not represent an important health hazard."

To clarify for the kids in the back seats, smoking cigarettes will probably end up killing you in the end. I myself am a cigarette smoker, but have no illusions about what I put into my body or believe that cigarettes are healthy in any way whatsoever.

But pipe tobacco and cigars are different.

"Death rates of cigar smokers are about the same as those of non-smokers for men smoking less than five cigars daily…Death rates for current pipe smokers were little if at all higher than non-smokers, even with men smoking 10 or more pipefuls per day and with men who had smoked pipes for more than 30 years."

The point is this: smoking tobacco is not going to give you lung cancer 100% of the time. 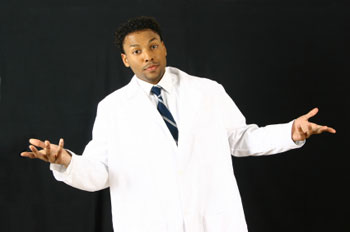 In his book, Lauren Colby goes on to say that "We have a new disease, Chronic Onstructive Pulmonary Disease (COPD), the exact cause of which is unknown (indeed, the definition of the disease is vague; it seems to be a case of "this patient has something wrong with his lungs, but we don’t know exactly what"). Cigarette smoking is thought to play a role; yet [it is] clear that many cigarette smokers never develop this disease, and the authors do not know why. I submit that the reason is very simple: smoking does not cause emphysema."

Further proof of the inherent laziness of our public officials is evident in the revelation that "Every year, the government releases figures on the number of ‘smoking-related deaths’ in the United States…Most people assume that there is some scientific basis to that figure. Not so! The government ‘scientists’ simply take a flat percentage of the number of people who die from a particular disease, and assume that to be the number whose death was caused by smoking. There are no autopsies, no studies on actual human beings."

This is what my tax dollars are going to? I work and fulfill my necessary little role in this grand society so some pretentious dweeb with a God complex can assume that the smoking-related deaths number somewhere around 500,000 a year?

The proof is in the pudding, they say, but nothing really says it better than Lauren Colby’s statement that "To this day, it remains unconfirmed and it remains true, that despite hundreds of experiments, nobody has been able to induce a single cancer in lab animals by exposing them to ordinary tobacco products or smoke."

Smoking is not a definite indication of an early death; in fact, the assumption that smoking tobacco can kill you has only been present since the 1950s. Before then and around the entire globe, tobacco was considered medicinal, calming, and even holy to some cultures. The negative health aspects that can derive from smoking are not guaranteed, but really are based more on one’s biology and quality of life rather than on tobacco.

The United States has only a 28% prevalence of male smokers, but a life expectancy of just under 73 years.

Looks like the smokers of the world may be on to something, huh?