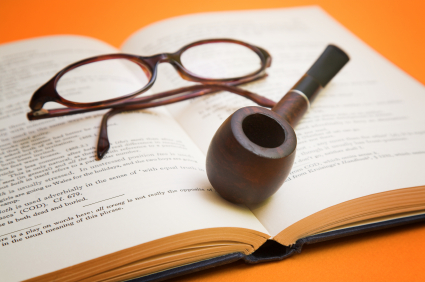 Pipe Smoking is Good for You

It is fairly well known that some very famous people smoked a pipe. People like FDR and General Macarthur were well-known pipe smokers and, when you come to think about their lifestyle, it’s no wonder that they smoked a pipe. Pipe smoking is very very relaxing and when you’re in a job with high stress levels such as the two guys I just mentioned, then you can understand why they sought some peace and time for reflection with their pipe.

These days there are lots of us who work in very stressful positions and what can we do to try and beat that stress? We can drink, we can pop pills, we can even go and see a shrink for some therapy sessions but none of those can relax us as much as a quiet time watching the events of the day come and go in the wisps of smoke that come from a bowl of fine premium tobacco.

Sitting back with your pipe is an escape from the world and all the stress that had built up throughout the day. It’s a time for reflection when you can come to terms with the challenges that you’re facing and it prepares you for the stress and challenges of another day.

But there are more positive side-effects to tobacco than just stress relief.

There’s a suggestion that smoking may be a form of pain relief. A friend of mine suffers from some serious knee damage but can’t avoid spending long hours every day on his feet. Of course that puts some incredible strains on his knee and the pain at the end of the day can be almost unbearable.

He’s tried painkillers and he’s tried injections but there’s nothing that takes the edge off the pain that he suffers from more than tobacco. Just a few puffs and the pain is beginning to dull for him. Now I’m not trying to suggest that smoking a pipe will cure chronic pain and it certainly doesn’t take away all the pain that my friend suffers from but it does dull the searing pain that afflicts him at the end of a busy day to the point where it’s more bearable.

And pain relief isn’t the only physical and mental thing that smoking can help alleviate. Medical research is beginning to show that tobacco helps to prevent colon and prostate cancer … now there’s a shock! Tobacco actually helps prevent some forms of cancer … I bet it’s going to be a while before that fact becomes a lot more public than it is today.

There’s even some suggestion that smoking helps thin the blood and reduces the chance of blood clotting.

There’s also evidence that tobacco smoke helps alleviate illnesses such as Alzheimer’s Disease, Parkinson’s Disease and Tourette’s Syndrome. And some research suggests that schizophrenia and some addictions can be helped by smoking.

Pipe smoking though is different. Most pipe smokers do not inhale to the same extent that a cigarette smoker inhales and it’s that difference that’s the key here. When you don’t inhale deeply as cigarette smokers do then you’re not damaging the delicate structure of your lungs but you are still getting the positive effects of smoking.

Now you may think that all these beneficial side-effects of smoking are something that are quite recent medical discoveries but that’s not the situation at all. The known positive side-effects of smoking have been known for many hundreds of years and tobacco was recognized as having medicinal properties well before the Europeans first discovered tobacco in the New World.

Pipes and tobacco have been uncovered at archeological digs throughout north, central and south America and the first Europeans to arrive after Columbus found that many of the tribes they encountered regularly used tobacco to treat a wide variety of medical problems.

Of course “modern” science doesn’t like to look back at what’s gone before and sometimes doesn’t even care to admit that there are opposing views to what they’re promoting. That’s probably what we’re seeing today as more and more research dollars are pumped into proving tobacco is bad for you while very little is put into promoting the positive aspects of tobacco.

I suppose that it’s understandable that even the cigarette companies aren’t going to be interested in funding tobacco research that shows that their products don’t have the same positive side-effects that pipe smoking can have.

So we’re left with the situation where just a small group of researchers, often starved of funds, are prepared to go on researching the positive aspects of tobacco and smoking. Even when they make new discoveries and breakthroughs it’s hard for them to get the message out.

But we can take heart from that research that is being done for it is showing that pipe smoking does have some very positive side-effects so don’t be afraid to sit down tonight and enjoy the relaxation that only we pipe smokers can appreciate. It’s not as bad for your health as others would have you believe.