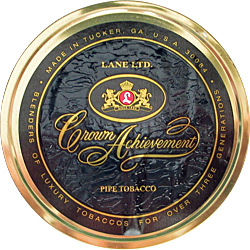 “The question everyone has is: Will the old Lane blends come back? If I have anything to do with it (and it’s kind of my job), the answer is yes. But it may take about a year or so.” Those were the words of Leonard Wortzel, brand manager at Lane Ltd. / STG, on the PipesMagazine.com forums; here we are, one year later, and several Lane Limited blends have indeed been resurrected—among them HGL (Herman G. Lane’s personal smoke), Hazelnut, Black Raspberry, LL-7 and HG-2000. Not to sound redundant, but the return of Crown Achievement to their portfolio is, well, a crowning achievement for Leonard’s evangelism.

PipesMagazine.com broke the story on Christmas Eve of the odyssey that Leonard undertook to resurrect this marque. To say his efforts were herculean would be to downplay them. Very much to his credit, Leonard listens to the community, and listens intently—going so far as to directly ask the forum members here for their help in choosing the Lane blends they’d like to see brought back, and Crown Achievement was the popular choice in that poll eight months ago. There was more to the story, though; the blend had changed over the years, a transformation that was not unnoticed by its adherents. The fact that he did the detective work in restoring the recipe to its pre-RJR glory was a masterstroke. There was a lesson to be learned from the recent re-introduction of Three Nuns, and Lane learned it well. The original Crown Achievement would be reconstructed like Steve Austin: better than it was before. It would once again be the superlative mixture that deserved its name, with the finest Virginias, Cyprian Latakia, Mahalla and Dubec—two varieties of Basma leaf that are the cream of the Macedonian crop—and of course, Perique. 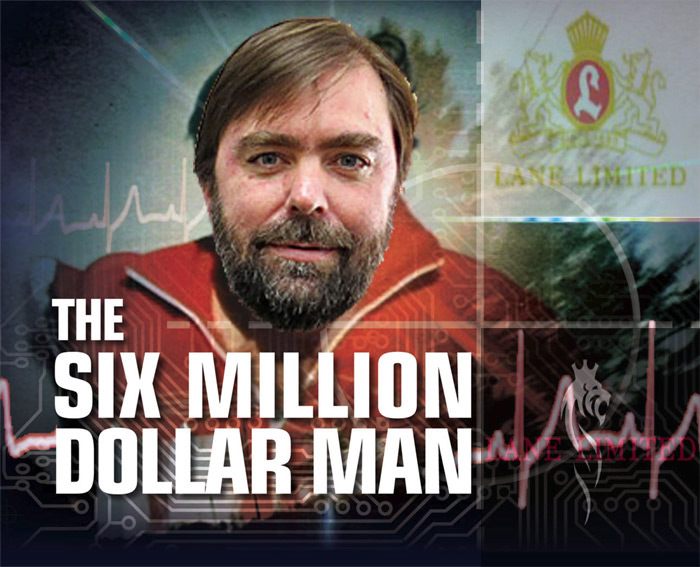 We can rebuild it…we have the technology.

Tin: This blend has one of the classiest presentations of any currently produced tobacco. As noted in the article, Leonard went to great lengths to recover the old Lane tinning machine to present Crown Achievement in the European “shoe polish” style tin, which is labeled in a regal deep blue with gold lettering and a spot of red on the Lane shield. The label paper is also embossed with a marbled texture, similar to the pattern on a composition book; it’s subtle, catching the light and inviting the hand to trace its pattern, adding to the tactile experience before the tin is even opened. Opening the tin, there is at first blush a tart, leathery slap of Cyprian Latakia that wafts out from the familiar sunburst-pleated paper and—what’s this? A window? Indeed, a small circle of plastic is inserted under the paper, presumably to keep in the moisture, but also serving to complete a most elegant construction to house the tobacco, which sparkles behind it. The leaf itself is as handsome as the package; a dark mottle of black and mahogany ribbons in equal proportion, speckled through with lighter tan and olive threads, interwoven tightly in the tin. After the tobacco has aired a bit, the bouquet eases in tartness and offers clues to its complexity—whispers of musty fruit, mushrooms, and yellow glue linger behind sharper, gingery, grassy notes—there’s a lot going on in this blend, and it’s evidenced accurately in both sight and scent.

But soft! What leaf through yonder window peeks? 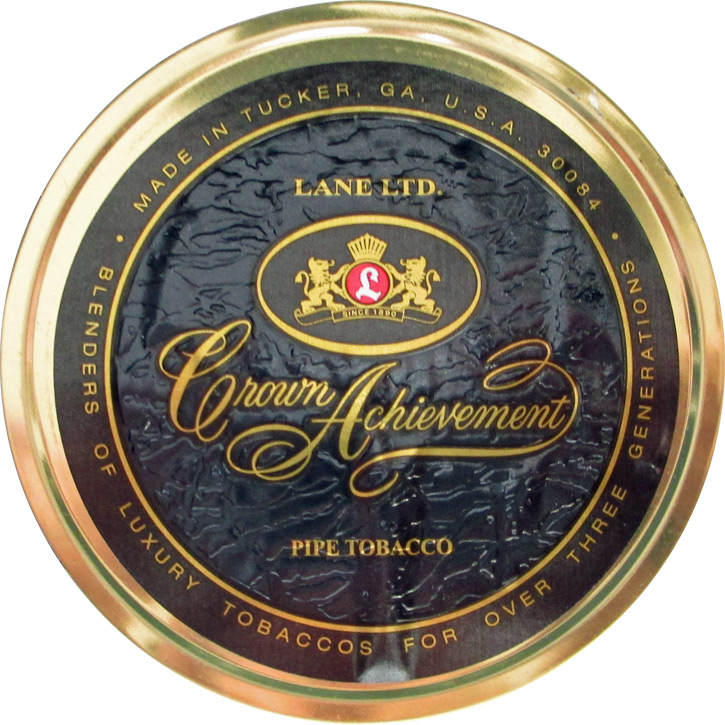 Char: On the cold draw as well as the charring light, there is a highlight of sweetness balanced against the peppery-sweet midground, and the leathery smokiness of Lat filling out the background. The high notes tingle the edges of the palate, and can be a bit sharp in their Virginia citrusy range. With a tinge of apricot and olive, the spiciness from the Oriental component comes through with the whisper of Perique.

Top: Getting into the bowl proper, the flavor range immediately begins to revolve on a sort of Möbius strip from puff to puff of sweet, smoky, bready, spicy, and back to sweet again. The balance is refined and quite clearly articulated with the constituent tobaccos, an achievement of no small import on its own. Also notable in the top of the bowl is the mouthfeel, leaving a ginger ale-like tingle on the palate and pronouncing the nuance of the spicier Oriental flavors magnificently. In this fresh tin, the sharpness of the Virginia component can be a wee bit aggressive; I can however see this auguring well for aging purposes.

Mid: The mid-bowl hits its stride well and early with this blend, playing like an expertly arranged string quartet—think Schubert’s 15th: powerful, variegated and inventive. There is remarkable balance, as mentioned, but also striking solo performances from the ingredients. Here the Latakia interjects a sonorous adagio phrasing, immediately counterpointed by a scherzo voicing from the Orientals and Virginias, and returning with a ritardando from the Perique’s fruity alto. It’s also a very pliable smoke, modulating slightly with different pipes and when smoked at different times of day, or with different beverage accompaniments. Throughout, the composition maintains the smoky Latakia as its central theme, and accentuates its complex flavors nimbly with the use of the other elements. Sweet honey and apricot notes, vinegary olive, wisps of cinnamon, ginger, allspice, pepper and clove weave through the tart burnt sugar and cedar smoke facets of the Lat. 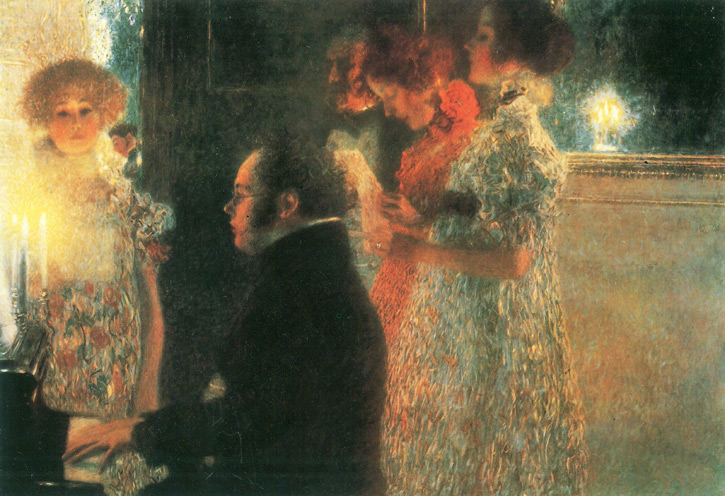 Finish: As the bowl reaches its coda, I automatically prepare a pinch for the next pipe—this blend begs to be smoked again and again. It does require some tending to keep lit; Orientals can be finicky on the burn, and demand attention. Fortunately, it’s no chore to devote one’s attention to this smoke. The Virginias are still a bit young as well, and can lean toward burning a bit hot, though mouth fatigue is mitigated with strong tea or coffee easily enough. The nicotine quotient is a comfortable medium, and suitable for smoking morning, noon and night.

Room Note: Although it’s a decidedly Latakia-forward blend, the Virginia and Macedonian leafs lend an intriguing spice and subdued sweetness to the smoke, gracefully tempering the room note. Mild to medium for tobaccophiles, and lacking the malodorous bent of some Latakia blends, instead it’s distinctly spicy and crisp.

Rating: 91
Lane simply could not have done better on the presentation. Recreating the classic label from a vintage tin, and the succinct verbiage on the back label noting the pedigree of this experiment, are both astute marketing moves and clearly done for the love of the product. Beyond that angle, though, the tobacco itself is gorgeous: perfectly prepared, free of any detectable additives, and richly showcased in the packaging—an easy 15 points here.

The draw and burn cost a few points on the overall, scoring 29 points. Despite careful smoking, it tended to burn a smidge hot and required relights particularly toward the bottom of the bowl. I would like to revisit this when it ages.

The heart of the blend is in the composition, and this is one adroitly realized opus. Balanced, nuanced, and smacking of luxury, Crown Achievement certainly earns its name. Though the Virginia is a bit sharp young, it should soften with some time—it will be a great delight to revisit this in a year or three. Tasty to the smoker and pleasant to those around you—47 points for flavor + aroma. 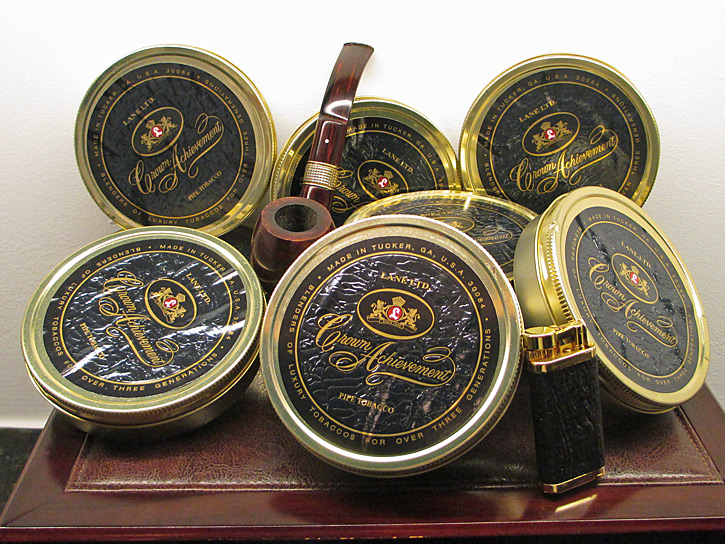 Cellar or Smoke?
My unreserved advice is to start stocking the cellar now, as this blend promises to age spectacularly. Its balance and complexity are exemplary, and would be a great introduction to the genre for those unfamiliar with Latakia, particularly Balkan, blends. I’d love to read your thoughts and prognostications on its cellaring potential, or comparisons to vintage tins already squirreled away. 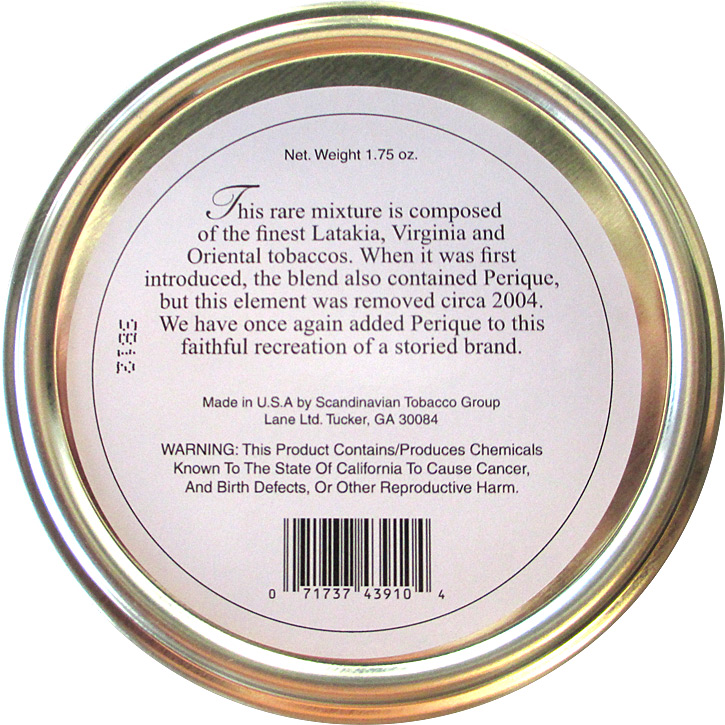