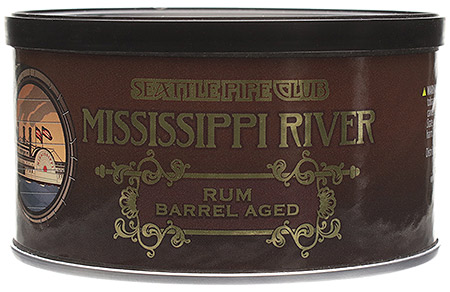 Unlike the other folks of the Northern Hemisphere, Americans endure winter.  We hardly celebrate or embrace it, and when we do, it’s often expensive, like skiing, or specialized, like ice fishing.  There isn’t much in the way of “winter culture.”  When I talk to Finnish, Icelandic or Swedish friends, for whom this is a large part of their year, they are amazed we basically hunker down, hibernate, eat and get fat like bears, stay inside and simply wait for seasonal warmth.  It’s where smoking a pipe can be a pleasant indoor or outdoor activity, as it can be social or it can be solo.  I have always enjoyed smoking outside at any time of year.  Sadly, there still isn’t much excitement unless you do it yourself.

While smoking, I’m trapped with the same lack of celebration and overindulgence in electronic entertainment everyone else is.  We’re a captive audience, and it’s our fault.  Personally, I’m tired of the news scare du jour.  I grow weary of political drama and pundits, and world events.  I find myself so apathetic, and it’s mostly because the information is groomed, seeded and produced so heavily it’s hard to tell what is real anymore.  Me?  I prefer stories about rescued cats and dogs, gardening porn on plots of land I’ll likely only dream of owning, and the occasional crazy Russian dashcam feed.  In guilty self-indulgence, I’ve been known to watch video game play-throughs.  The routine becomes pour a drink, grab a pipe, and find what makes the three to six months of cold weather go by quickly.  March is here, which starts the gradual ascent to more light, warmth and activity.  The wait is over.

This month I’m excited, with a spring in my step, to focus on another new barrel-aged creation from Seattle Pipe Club and Joe Lankford, “Mississippi River Rum Barrel Aged.”  It’s in the same lineage as the new Plum Pudding Bourbon Barrel Aged which Kevin G. and I wrote about a couple months ago.  I’m not a big rum guy, but as with tequila, I have always liked the way it smells.  Rum and tobacco have always been an obvious pairing in some fashion, and done properly, I can appreciate the marriage.  Like its SPC tobacco sibling, it rests for 30 days in oak barrels (being of rum, of course) and yes, includes another little square of wood which is naturally also of a rum barrel.  The label denotes Mississippi River Barrel Aged as being comprised of “…rare Virginias with oriental leaf, Latakia and Perique.”

Opening the tin, the rum truly tickles the nose.  I was surprised how sharp it was, to be honest.  It’s pleasant, but I did allow the tin to air out and breathe for an hour or so before diving in for the first bowl.  The crumble cake is very similar in presentation, cut, color and consistency to Plum Pudding, perhaps slightly darker.  The moisture content is perfect, and crumbling out a portion to stuff into a bowl is easy.  The tobacco took to match and flame without any fuss.

The first puffs through the first part of the bowl are relatively spicy.  The oriental leaves square off with the Perique a little strongly, with the Perique eventually coming out on top.  The Latakia is there in scent, but not so much on the whole palate.  I was surprised the rum wasn’t an up-front flavor in MRBA as the bourbon was in the Plum Pudding.  The spice notes are complex, a little black peppercorn, a little capsicum, and a little Sichuan peppercorn (unrelated to piper nigrum; it actually comes from a citrus like bush, if you care). What is interesting and different from the original is the spicy quality melding with what I can only describe in the smoke as a “rum attitude.”  Spiced variants of rum exist for a reason: rum is a great canvas to showcase these kinds of flavors.  Made from sugar cane, there’s a noted molasses component which I find pleasing in the smoke.  This is not a sweet, aromatic tobacco, but a mixture with some benefits.

By the time I got into the middle of smoking bowls of Mississippi River Barrel Aged, it became clear time after time this tobacco smokes dry like a red wine.  A very spicy red wine.  That’s what it does and it makes no apology about it.  If the Plum Pudding Barrel Aged is to be compared again, the use of unsweetened Cavendish gives the smoker a thicker, more buttery mouth-feel, along with either a larger portion of Latakia used or mixed in a way that showcases in a broad sense.  Mississippi River Barrel Aged is a little more direct with the spice, carried in some fashion with the Virginia, and Latakia carried lightly throughout.  The rum diminishes at this midpoint rather quickly, but occasionally a few curls of smoke from the bowl will enter the nose and reminds the smoker it hasn’t left completely.  The brut, forward and spicy nature of MRBA stays stoic and unwavering, and I found it important to have a beverage handy to give the palate a break once in a while.  Something sweet to drink might be a good choice, a honeyed black tea or a rum and Coke would really do the trick.  My paired drink of choice eventually became gin with pineapple juice and a slice of lime.

By the end of the bowl the spiced attitude of MRBA finally tones down and relaxes.  It was the highlight and joy of this tobacco to me, as the end-bowl experience is important.  It gives the tobacco an opportunity to become rich and if we’re lucky, more balanced.  This process allows the different tobaccos patiently waiting at the heel to warm up and concentrate.  The rum component does not really return, and the Latakia stays a distant thought, however the Virginias finally come to life and stand on their own.  There’s a pleasant warmth, the slightly tart and bread-like quality that good Viriginas like to show off.  As the punchy, sharp spices round off their edges it allows some lovely oaken qualities to shine.  I believe my choice of smoking most of this through very seasoned cobs helped here.  Had I smoked this through briar, the attitude and curing of the briar might have caused me to overlook this pleasant end-of-bowl oaky quality.

At no point did Mississippi River Barrel Aged perform poorly.  Easy to pack and light, cool smoke under many conditions, room notes that were appreciated by innocent bystanders, ideal moisture content, and forgiving of relights and tamping.  While it took me a moment to get along with the edgy nature of it at first, I found it to be a good smoke.  Nicotine was moderate and pleasant.  While unique, it wasn’t my personal favorite of the two new releases, but that is a matter of preference.  Along those lines, I would have loved a little cigar leaf in the mix to broaden the spice and rum theme.  Perhaps I’ll try that in the future.

Thaw out the lawnmower, dig out the allergy meds, and gear up for morning walks with more sunshine.  Joe Lankford and Seattle Pipe Club originally went to great lengths to create a top-notch mixture of great tobaccos, enhancing it with an extra step to make Mississippi River Rum Barrel Aged.  I’ll say it will have a better audience with those who seek out and adore spicy tobaccos or are interested in them, and it will appeal to those who also prefer a lightly topped product to put in their pipe.  This is not a home run tobacco for Virginia-only lovers, Latakia-freaks or sweet-toothed aromatic smokers.  With the advantage of being a great, dry smoke after a large, grilled springtime rib-eye along side and (if you like) a snifter of rum, this forward tobacco may be just the thing for you.  Whichever way you come out of hibernation, just don’t forget your pipe.

Spring is in the air along with a waft of spicy, smokey Mississippi River Rum Barrel-Aged Tobacco. 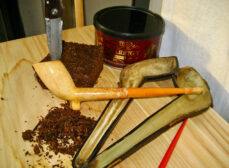 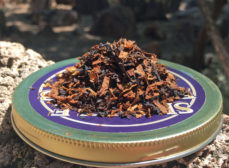 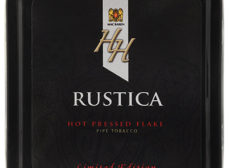