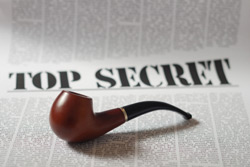 "Hey Cap’n, we got a live one here!" Police captain James Richards had responded to a ‘shots fired’ call at the Gialone estate around midnight. Since Sylvester Gialone’s death the estate had been quiet. It seemed Mary, his widow, had just wanted to live a life out of the spotlight. So when the call came in, it peaked his interest. He stepped over one of the two dead bodies they had found and approached his Sergeant, who was kneeling over a third. "Well, look who it is," he said. "Sam Barton. I wonder what got him mixed up in this business?"

"Took a shot to the chest, Cap’n. Won’t be good," said the Sergeant as he pulled open the buttons on Sam’s shirt. "Well looky there! He’s wearin’ a vest." When Sam had changed his clothes before coming to the estate with Mary, he put on his Kevlar vest, believing he may need it. He wasn’t completely anti-technology. "Only reason he’s still breathin’."

"Alright Sarg, let’s get him over to General, let the Doc’s look him over. And post a guard on his door. Nobody in or out. Maybe he’ll have some answers for us."

Two weeks later, suffering from the pain of two broken ribs, Sam sat at the counter of his favorite tobacconist sipping his pipe. Slowly rolling smoke around his mouth, he blew it out through his nose. Savoring the after taste, he said to Smitty, who was waiting anxiously, "Well Smitty, you’ve done it again. This is a great English. Can you wrap up two ounces of this for me?" A giant smile worked it’s way across Smitty’s homely face. He liked nothing better than a satisfied customer.

As Smitty went to get the tobacco, Sam thought about the fiasco with Mary Gialone. The microfilm that Sam found in Sylvester’s pipe contained a list of all the mob families names he had been involved with and the crimes they committed over the last several years. When he had felt up to it, Sam gave his statement to the cops and Vincent Brugglio and all his cronies had been rounded up and charged with multiple crimes. He told them about Mary and all that had happened since she first came to his office. It didn’t take the police long to start making arrests and the papers were full of headlines making Sam out to be the hero for bringing down the mob. One little problem that still needed to be solved was that Mary had not been found. Somehow she had slipped away and the police were still looking for her. Which meant to Sam, that he was still involved. 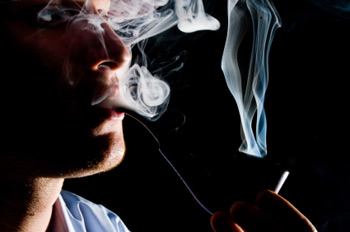 Sam had a feeling that Mary would try to contact him again, and he was seldom wrong about his feelings. Without any mob friends left or the ability to go home, Sam figured she had few options. The police had raided the building the thugs had taken he and Mary to and many others. However, Mary was still out there so someone was helping her.

Back at his office later that night with a new frosted glass window pane in the door, Sam loaded up his pipe with the new English tobacco. Smitty was a hell of a blender and seemed to always know just what Sam would like. Switching on the radio to his favorite Jazz station he sipped a 20 year old Jameson and sat back and lit up. The smoke rolled around his head as his friend Scarlet’s voice came over the air waves. "As many of my listeners know, I have a good friend whose name is Sam. This next group is one of his favorites. So while you listen to this, ‘Take Five’ and think about all that’s happened Sam ’cause, it ain’t over yet." And with that, the Dave Brubeck Quartet came on with ‘Take Five’, his favorite tune. Sam always had an appreciation for the disjointed feel of the 5/4 time signature of the song. Puffing slowly on his Billiard, he thought about what Scarlet said. Her words reinforced his feeling that Mary would turn up somehow. After his smoke he laid down on his cot and enjoyed a dreamless sleep.

The next morning after he was dressed and had the coffee on, the telephone rang. "Sam Barton here," he said into the receiver.

"I wondered when you’d call," Sam said. "You know the cops are looking for you."

"Kind of risky, don’t you think? What makes you think I won’t turn you in?"

"Sam, you’ve got to understand, I was forced to do what I did. They threatened to kill me. I, I’m sorry Sam. I didn’t mean for all this to happen to you," Mary sobbed into the phone. "Please Sam, I’m so scared. I’m in the alley behind your office. I don’t have anyone I can trust Sam, please?"

Sam smelled the cigarette smoke as soon as Mary started up the stairs. God he hated cigarettes. She opened the door to his office without knocking and closed it again quickly. Stubbing out her smoke in the ash tray, she paced as she talked. "Sam it was all an act. I had to do it. They needed the information that my husband kept on all of them and they used me to get it. You must understand." Coming around to where Sam was seated she lifted herself up, and sat on the desk. Crossing her legs caused her skirt to shift slightly. Reaching out she took Sam’s hand, and rested it on her leg as she toyed with his fingers. She didn’t notice the newly installed camera in a darkened corner of the office.

"We could run away Sam. My husband had off shore bank accounts. There’s millions, Sam. With your help we could have access to them. We could go live on the beach, just you and me. I felt something between us Sam, I did. Didn’t you feel it? We could….." At that moment Captain Richards and his Sergeant came through the door, Mary turned on Sam. "You called the cops?!" Mary took a swing at Sam as he backed up his chair.

"No Mary, I didn’t call them. They’re in the next office with a bug on my phone and they’ve been watching you on that camera ever since you came in," he said pointing at the corner.

"You bastard! I trusted you!" Mary screamed.

"Yeah, well I trusted you too. Seems we were both wrong." 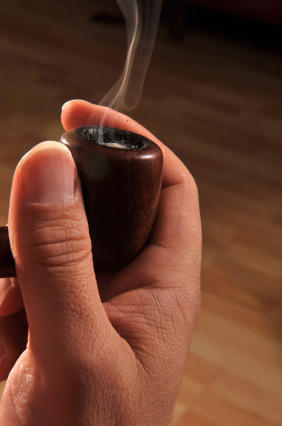 Mary lunged off the desk at the Sergeant who was approaching her. Pushing her shoulder into his chest she grabbed his gun from the holster as he fell backward and started pulling the trigger. Bullets were flying everywhere. Sam came out of his chair and grabbed her with both arms in a bear hug, swung her around and slammed her into the wall. As Sam grabbed the gun in her hand she squeezed off one more shot. The bullet went right through his new frosted glass window. Pulling the gun from her hand as glass rained to the floor Sam pushed her against the wall and held her there. The Sergeant and Captain Richards handcuffed her.

"We could have it all Sam! There’s millions!"

"Shut up you dim witted freak! Sam please. Tell them! It was all an act! I was forced into it. Sam!!"

"Get her out of here Sarg. And keep a hold of your gun." Captain Richards said, handing it back to him.

As the Sargent pulled her from the office, Sam sat back in his chair. His ribs hurt from the exertion of wrestling with Mary. The Captain looked around at the bullet holes and broken glass. "Sorry about your office Sam. I guess I need to have a talk with my Sergeant. What did she mean by, ‘there’s millions?’ I didn’t hear that on camera.

"She asked me to help her get access to her husbands off shore bank accounts. Said we could run away. Guess that’s what I get messing around with a dame."

"Geez Sam, who calls a women a ‘Dame’ anymore?"

The Captain laughed as he left. "I’ll be in touch, Sam."

Sam reached for his pipe. Filling the bowl he lit it up and puffed clouds of smoke into the air. As he smoked the phone rang. Picking it up he said, "Sam Barton here."

"Mr Barton, you’re a private investigator right?" said a female voice. "My name is Andrea Smith, Mr Barton and I’m in trouble. I think I need…." Sam hung up the phone.