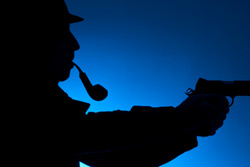 "My husband knew he was going to die," recalled Mary Gialone. "He Knew." Mary and Sam Barton were sitting in Sam’s friend Scarlet’s living room. For reasons as varied as the clients Sam worked for, he sometimes needed a place to stay. Scarlet had given him a key. "He called me to his study one night, it was only two or three nights before he died. He was sitting at his desk and he had this pipe in his hands. It was very ornately carved and made out of some white material."

"Meerschaum, yes that’s it. A very beautiful pipe. He was looking at it very intently when I came into the room. I asked him what he wanted, but he didn’t say anything. He just kept turning the pipe in his hands, staring at it. I asked him what was wrong. He looked up at me then, like he just realized I was there. He said, ‘Dear, this pipe is the key. The key to everything.’ I asked him what he was talking about but instead of answering me, he stood up and walked back to the display case where he kept the pipe. Putting it away, he said again, ‘The pipe is the key. But it’s locked.’ That’s all he said."

"I didn’t think much about it until sometime after he died. I was so distraught with grief that it wasn’t until about a month ago that I remembered that strange night. And I wondered if this pipe could have anything to do with his death. So I went to his study to look at it and, well, it was gone."

"Someone stole it?" Sam asked.

"It didn’t appear so. The break in happened about a week later. The pipe was just missing from its case. The case sat on a shelf behind my husband’s desk. When I saw that it was missing, I didn’t think much more about it. Then about a week later someone broke in and stole all my husband’s smoking pipes. I decided then that I needed help. Now I’m sure that pipe has something to do with my husband’s death. I don’t know what, but something."

"Did you search for the Meerschaum pipe? Was anything else missing?

"I did. I looked through the desk and cabinets of the office but found nothing. And nothing else was missing. Why would someone steal only his pipes? There’s a lot of questions here that need answers."

"I’d like to get a look in there," Sam said. Just then he heard a noise from the kitchen. Moving his hand nearer his revolver, he waited. Scarlet peered around the corner.

"Well Sam’s here," she said, in her low, sultry voice. "And you brought a date. How nice." Scarlet was a radio announcer for an all night jazz station in the city and a good friend of Sam’s.

"Hello Scarlet," Sam said. I hope you don’t mind we’re here. We needed a place to stay that no one knows about. This is Mary, by the way. She’s a client."

Scarlet gave him a concerned look. "Are you in trouble again?" she asked.

"Nothing I can’t handle, and I promise, there won’t be any trouble for you." She glared. "I know, I’ve said that before. But I mean it. Really. Scarlet? Stop looking at me like that. I mean it. You’ll be fine. Promise."

"And you," Mary said. "Thank you for letting us stay. I’m afraid this is all my fault."

"Hey!" Sam called after her as she disappeared down the hall. "That’s not fair."

"Life never is, Sam." She called back.

Sam sat for a moment, thinking. "What happened after they took me away?" Sam asked.

"That’s what’s strange about this. Nothing happened. I must have sat there for a couple of hours. I had no idea that you would come back for me. Finally one of the guys with a mask on came to the room. He walked toward me and I stood up fast. I guess he wasn’t expecting it. And then I kicked him in the, well, in the groin. He let out a yell and doubled over. That’s when I ran. I ran down the hall to the door. I didn’t know if it was locked, I didn’t know where it went…" Mary began to tear up. "I, I just knew I had to get out of there. I was so scared. I knew if they caught me then, I’d, I, I knew something bad would happen." Sam handed Mary a tissue from the box on the coffee table. "And that’s when I ran into you," she said.

Sam was getting a feeling. He knew something wasn’t right but it just wasn’t coming to him. "Are you telling me everything Mary? Don’t get me wrong but I’ve got a good sense about these things. When these thugs showed up at my office and knocked me out, I remember one of them saying something to you about being told not to say anything. Seems to me you had contact with them before you came to see me. Now, I’m not sure what’s going on here but I get the feeling you’re not telling me everything. And since I’m reluctantly up to my neck in this I think it’s time for you to level with me. If I think you’re using me for something, I’ll turn you back over to them myself." 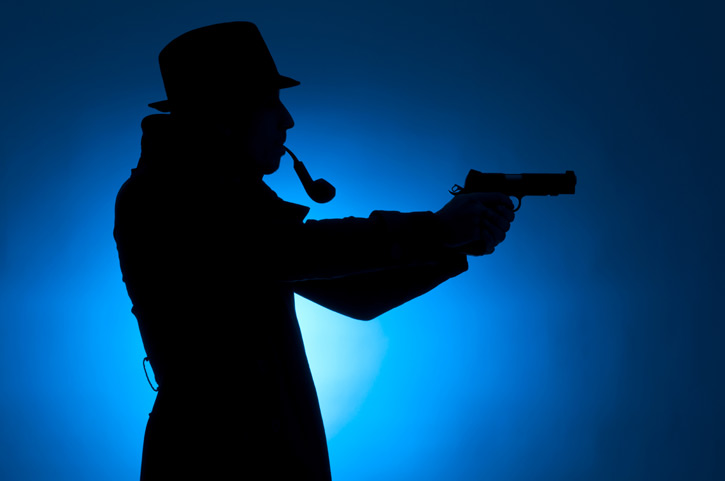 Mary started to cry. Putting her hands to her face, she sobbed into them. "I can’t." she said. "I just can’t do this. I can’t lie. I, I just wasn’t raised like that." Taking more tissue, she wiped her eyes and blew her nose. After composing herself for a moment she said, "I have been lying to you. They wanted me to get you to find the pipe, to use you to find it for them. Just as my husband said it was the key to, to something, they believe the pipe somehow holds some information they want. I don’t know what it is. They wouldn’t tell me." Mary sniffed and wiped her eyes again. After the break in, they came to my house. They wanted the pipe. They threatened me, tried to scare me but I told them I didn’t know what happened to it. I was told not to talk. Not to go to anyone for help. But I was scared, and that’s why I came to you. I thought you could help me. I’m sorry."

"After they took us from your office and then let you go, they threatened me again. They said I had to get you to help me. Make it real, they said. Make him believe it. They had people watching the street and saw you come back. They told me to run out the door like I escaped. I guess they chased us to scare you. I’m so sorry."

Sam sat back on the sofa. It had been a long night and he was tired. Rubbing his face with his hands, he looked at Mary. Was she telling him the truth now? He couldn’t be sure. Could he walk away without them coming after him? He wasn’t sure of that either.

"Alright Mary. I’ll play along." He stood up. "We’ll get some sleep here today and tonight we’ll go to your house and look for the pipe. I assume that a woman in your position has access to money and your going to need it. I charge by the hour." She looked up at him. "I’m not happy about any of this. I should take you back to them and let them do what they want. Except I probably wouldn’t get out alive myself. I’ve lost my interest in helping you so let me make this clear. I’ll help you to the point where I can get out of this alive and then you’re on your own." Gesturing toward the sofa Sam said, "You can sleep there. I’ll take the chair."

As Sam settled into the recliner he went over everything in his mind. Things were still not adding up but he didn’t have enough information to put it all together. His last thought before drifting off was that he would find that pipe and put an end to this. And then Mary would be out of his life for good.

The blond was good looking alright. And she smelled even better. The closer she came to him the more aroused Sam got. Sliding her hands around his waist she pulled him close. Her face snuggled in and she kissed him on his ear. He snuggled back. And then she kicked him. And kicked him again. Sam opened his eyes to find Mary tapping his knee with her hand. "It’s late afternoon, Sam. Better wake up" Sam sat up in the chair. Rubbing his face he thought, why are my dreams always better than my life?

After leaving a note for Scarlet they went to Sam’s office and freshened up in the bathroom there. Sam changed clothes and told Mary what he had planned. "If these guys think you’re lying to get me to help you, they shouldn’t bother us if we go to your house. I’m going to find that pipe and put an end to this." Sam loaded up his own pipe and struck a match. Puffing deeply, he enjoyed the Latakia taste filling his mouth. He didn’t ask Mary if she wanted to join him in a smoke. They drove to Mary’s house at dusk. Her husband had been a gangster who amassed quite a fortune in ill gotten money and the house showed it. A large iron gate and fence protected the property. As they drove up the winding driveway lined with exotic trees and shrubs, the house came in to view. A Gothic style mansion with large windows and several round peaks presented a formidable facade.

Sam wasn’t sure what to expect and was careful to be aware of his surroundings. At this time of day there were too many shadows for his liking. Shutting off the car and stepping out, he looked up at the house. It was big enough to get lost in. He had always wondered at the extravagance of the rich, why they thought they needed such opulence. Mary looked nervous. "Everything alright?" Sam asked. She looked at him and nodded. Stepping up to the front door, Mary used her key. As she stepped inside, Sam took one last look around the yard and followed her through the door. Many times in his career he wondered if he was doing the right thing. Wondered if his next move would be his last. This, was one of those times.