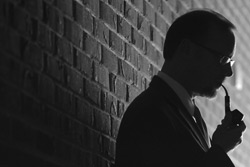 Once inside the house, Sam told Mary not to turn on the lights. He produced a flashlight from inside his coat. Along with this he carried his revolver in the shoulder holster and his 45 in a pocket. He was taking as few chances as possible. With just the small light source he could tell that the house was filled with expensive items. Statuary and paintings in the halls and plush furniture in the various rooms. Mary led them straight to Sylvester’s study. She said she had looked for the pipe when she found it missing, but they were going to look again.

Sam started with the desk drawers. Finding all the usual things one might find in a desk, paperwork and some files, nothing seemed out of the ordinary. One drawer had some tools like a screwdriver and pliers, a small piece of plumbing pipe and some wire. Mary searched the shelves. Pulling out books to look behind them, she found nothing. A couple of cabinets in the room also revealed nothing. "Is there a safe?" Sam asked.

"There is, but I don’t have a key." Mary walked to a large painting of a landscape on the wall and pulled on one side. The painting swung out to reveal a safe about two feet square. It had the usual lever style handle and a key hole. "I never saw him open it." Sam noticed that there were scratches around the key hole. Sam started thinking. "Your husband said the pipe was the key. The key to everything. A pipe isn’t big enough to hold a key and yet he said the pipe was the key." Turning this over in his mind, he suddenly had a thought. Turning to the desk he opened the drawer with the tools. Inside was a four inch piece of plumbing drain pipe about an inch and a half in diameter. Pulling it out revealed that both ends were capped. He shook it. It didn’t make any noise and trying to unscrew the caps he found they wouldn’t budge. Using the pliers and grasping the pipe firmly, one of the caps started to move. Finally getting it off he found paper stuffed inside. Pulling it out and unfolding it, he found a shiny silver key. "Well, the pipe is the key after all," he said. "Just not the pipe we were looking for."

The key slid neatly into the safe lock. Turning it to the right and pulling down on the handle, Sam opened the safe. There on the shelf of the otherwise empty safe sat a beautifully carved Meerschaum pipe on a black onyx pipe stand. He looked at it for a moment before reaching in and taking it out. Mary stood beside him marveling. "That’s it," she whispered. "That’s the pipe he had."

As Mary held the flashlight, Sam sat in the desk chair and looked it over. The bowl was black inside, like it had some kind of coating. The carving was of trees and little houses resembling a country scene. There was no writing on it, nothing to identify it in any way. Nothing in the bowl. The stem had been pushed in slightly crooked. "He said it was the key to everything, but it was locked. That’s what he said. It was locked. I don’t know what he meant." Sam thought about this. How could it be locked? Grasping the stem, he turned it back and forth to pull it out. It wouldn’t budge. So that’s how it’s locked, he thought. He couldn’t understand how the stem could turn around easy enough but wouldn’t pull out. It’s locked, he thought again. But how? "I suppose you could break it," said Mary. Sam looked at her for a moment. "Well, it’s just a thought."

"Were not breaking it." Sam said. "It’s locked, just like he said. I just don’t understand how. Maybe it’s…. maybe it’s like a lock." The pipe had a longer than usual shank and Sam suddenly envisioned a system of slots inside. Grasping the stem firmly, he pulled on it while turning it slowly around. Thinking it might be like a combination lock, he turned to the right. Three fourths of the way around it suddenly popped out an eighth of an inch. Mary watched intently. Continuing to pull on the stem he turned it the other way. Three fourths of the way back, it pulled out another eighth of an inch. Turning once more to the right, this time only half way around the stem came free. Mary let out a squeal. Sam peered down into the pipe shank and said, "How the hell did this thing get carved like that?"

"Oh who cares?" Mary exclaimed. "Is there anything in there?" Sam looked at her again. She’s practically salivating, he thought. He looked in the air hole of the stem and found that there was something in it.

"You have a tweezers?"

"I’ll get one!" Mary ran out of the room, leaving Sam in the dark. She seemed to be pretty excited about finding clues to this mystery. Sam wasn’t sure what to think. Quickly tapping the stem on the desk and feeling with his finger Sam pulled something out of the stem air hole. In his fingers in the dark, it felt like a flimsy piece of plastic, like film. Sam slipped this into an inside pocket just before the flashlight beam came bobbing back in the room followed by Mary. She handed him a tweezers. Poking around in the stem and shank, Sam found nothing. 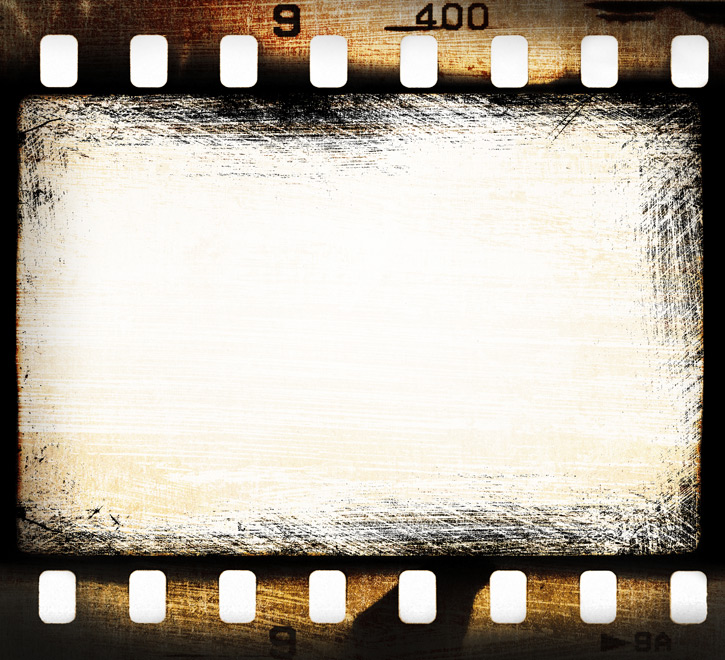 "Well Mary, there doesn’t seem to be anything here. You seemed pretty excited to locate this pipe. What were you thinking we would find?" Sam twisted the stem back into the shank.

"I…uh…well I don’t know. It just seemed like these clues were adding up to something. These guys, these thugs are after this pipe. It seems like there must be something this thing would lead us too. Now it looks like a dead end."

"You never told me what they were after, Mary. How do you know they’re after this pipe?"

Suddenly the room was bathed in light. Sam’s eyes smarted and he closed them quickly. Blinking them open he found himself looking into the barrels of three pistols. The bad guys again, and he hadn’t heard them coming. How do they do that, he wondered? The thug nearest him stepped aside as another man walked into the room. This guy wasn’t wearing a mask like the other three. He was handsome, with salt and pepper hair. Wearing a tailored black three piece suit he walked into the room with ease.

"Well done, Mary." he said. He put his arm around her shoulder, leaned down and kissed her on the cheek. "You should have went into acting. You were very good." Salt and Pepper leaned forward and took the pipe from Sam’s hands.

"Sam looked in the pipe, Vince. he didn’t find anything."

"Someone mind telling me what’s going on here?" Sam asked.

"Well Mr. Barton, it seems you’ve been taken for a ride. I suppose I could tell you since you won’t live long enough for it to do you any good. You see, Sylvester Gialone was my business partner. It seems he grew a conscience over the years and decided to turn states evidence in return for immunity from the cops. Mary and I had been having an affair for some time and when she let me know this, we got rid of him. Unfortunately, he left some evidence behind. Mary let us know about the pipe, and we’ve been looking for it for quite awhile." Waving his hand toward the safe, he said, "This safe is super reinforced steel. Since we couldn’t get into it we decided to enlist some outside help. You were it. A man of your talents would surely find a way into it. And you did. But I’m afraid that’s all we need from you, Mr Barton."

The man turned and walked toward the door with Mary. She looked back at Sam over her shoulder and smiled. The man said, "Boys, you know what to do."

A moment later Sam heard them shutting the front door. As quick as he could he reached out and deftly snatched the gun from the hand of the closest thug. Sticking it right into the guy’s ribs, he pulled the trigger. The sound was deafening in the small office. The man let out a yell and fell to the floor. As he was falling, Sam pulled out his revolver and started blasting at the other two who were taking cover behind the desk. Sam slid down to the floor and shot under the desk, hitting another one in the leg. Screaming, the man rolled away. The third guy shot a couple more times at Sam, bullets hitting books behind the desk. As Sam waited, the thug with the leg wound peeked around the desk. Sam shot him, hitting him in the neck. Blood spilled and the man went quiet.

Sam edged over to the first guy he shot and caught site of the man’s shoes. Felt soles, he thought. So that’s how they did it. The last guy was on the other side of the desk. Time to make his play. Sam stood and rushed the guy, but he was waiting for him. The man held his pistol in both hands and pulled the trigger. The bullet hit Sam square in the chest, lifting him right off his feet. His body slammed against the book shelf on the wall. Books flew everywhere as Sam’s body collapsed to the floor. The bad guy got up and gave Sam a couple kicks in the leg. He heard sirens in the distance. This guys dead, he thought, and ran for the door.