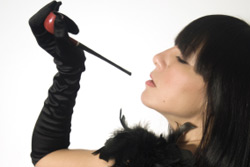 Street lights illuminated the wet pavement, empty sidewalks and dark windows. At this late hour only the rare car disturbed the quiet. In a few more hours the city would again come to life, but for now it was like a different world. In this world, Sam Barton fit in perfectly. He understood this world. It was like black and white. There was good and there was bad. There was right and there was wrong. Sam’s world did not include things like computers and cell phones. Facebook and texting were like foreign words. Reality TV shows were the dumbest things he could think of. He watched one once. About ten minutes in he almost blasted the TV with his .45. Sam didn’t fit in the modern world. He always felt out of place. Except late at night. Sometimes he walked the streets, smoking his pipe alone. He felt comfortable there. There, he knew what to do and how to do it. It was his world.

As he sat at his desk, absentmindedly running a pipe cleaner through his Grandfathers old billiard, the sultry voice of Scarlet Lee came through the old tube radio in Sam’s office. “And for all you night owls out there, here’s a great old Jazz piece for you. I’m dedicating this one to my old friend, Sam. I know you’re listening, so I’ll just say this. Don’t let her down Sam. Just don’t let her down.” Scarlet had the uncanny ability to know what Sam was thinking and usually gave good advice. They had tried dating when they first met about three years before but it hadn’t worked out. They remained friends however, and saw each other from time to time. What with the hours they kept though, more often than not, they met on the radio. Scarlet talking and Sam listening. He could listen to that voice all night. But he knew he had other things to do. Scarlet was right, he couldn’t let the lady down. Silently chastising himself for getting involved in the first place, he went to the large map of the city on his office wall. Finding the block where the mysterious thugs had left him, he back tracked the route they had taken by remembering the sounds he had heard as well as the turns they made and the time it took. He figured the building had to be near a train station, close to a street that was busy late at night.

MORE READING  The Case Of The Missing Pipe Part IV

While filling his pipe and lighting it he followed the streets with his finger. After a couple dead ends he finally found what he was looking for. Down the stairs and into his car, he raced across town. He hadn’t taken the time to do anything about the broken window in his office door, but that would have to wait. Hopefully no one would come around. As business hadn’t been that great lately, he wasn’t overly concerned. Slowing down as he approached the area he found on the map, he found himself on Dale Avenue. A collection of late night bars and 24 hour pawn shops about three blocks from a train station. They had made two turns to the left when they pulled away from the building and then a quick right and sped up. That must have been the on ramp to the freeway as they had gone quite fast. Driving under the freeway bridge with the on ramp on his left he took the next right. One block down he took another right and pulled over to the curb across the street from an old warehouse. This had to be it. Reaching under his coat he pulled out his Smith and Wesson .357 Magnum. Popping open the cylinder reveled six fresh rounds. He loved his .45 but this baby felt better in his hand and would put a nice size hole through any thug he came across. Besides, his .45 was fully loaded in his coat pocket. Grabbing some extra rounds for the .357 he slipped out of the car and walked across the street. A door on the street side was probably the one they came out of. Time to find out for sure.

As he placed his hand on the knob it turned in his hand and the door burst open. Mary Gialone flew right into his arms. “Run!” she screamed. Grabbing each others hands they turned and ran toward Sam’s car. Through the door behind them came the thugs. Three of them with masks and guns. Sam palmed his .357 and turned. Blam, Blam, Blam! He shot three times, hitting two of them and the third bullet ricocheted off the sidewalk. As Mary swung around the back side of the car Sam dropped to one knee, aimed well and shouted, “Stop right there, or you’ll get the same.” The thug stopped. With his buddies writhing on the ground in pain he threw up his hands. “Gun on the ground buddy, slowly,” Sam said. The man bent and placed his gun on the street. Sam stood and backed to his car. Reaching behind him he felt for the door handle while not taking his eye or the revolver off his target.

MORE READING  The Case Of The Missing Pipe Part III

“You’re making a big mistake,” the man said. “We let you go. You were out of it. You shoulda stayed out of it.”

“Yeah, well I’ve made mistakes before,” Sam said, as he slipped into the driver seat. With Mary already in the car he started the engine and squealed tires all the way down the block. Taking a right and then a left he swerved over to the on ramp and flew onto the freeway. Before long he spotted a car in the mirror coming up behind, pretty fast. “Well that didn’t take long,” he said.

“Better put your seat belt on. We’re being chased.” 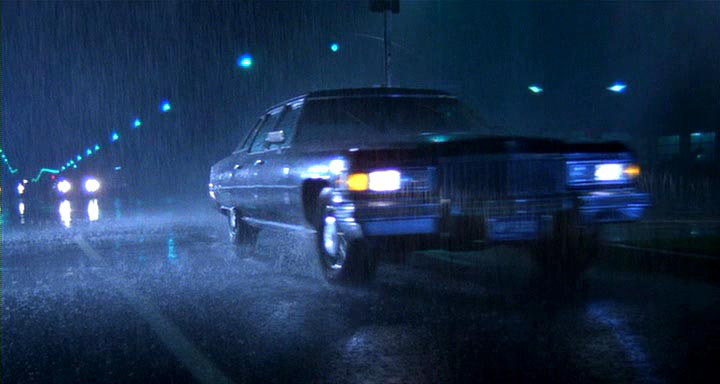 Mary turned around to look as Sam accelerated, changed lanes and swerved in front of a car in the next lane. Mary pulled her seat belt around her, clicking it into place. “What about yours?” she said.

“No time now,” Sam said. He swerved again to put another car between them and the chasers. “We’re never going to lose them on the freeway. Got to find a place to get off.”

Up ahead there was an interchange with another freeway. Sam took the off ramp and slowed down. As soon as he entered traffic he swung the car onto a street off the freeway. Nearly going up on two wheels the tires screamed in protest. The chaser car was right behind them. Up ahead Sam could see stop lights that had turned red. Waiting for the light was a tractor trailer rig. Sam headed straight for it as he stomped on the gas. “What are you doing?” Mary yelled. Sam said nothing as he continued straight at the trailer. Right before they would hit Sam pulled left on the wheel to swerve around the trailer. With the chaser car right behind them, the bad guys didn’t have enough time to react. As Sam and Mary sped past the trailer, running the red light, the chaser car clipped the trailer’s back end. Sparks and metal flying, the car spun around and hit another car in the next lane. Flipping upside down, the car rolled and screeched through the intersection on it’s roof. Sam saw flames in his rear view mirror as they drove away.

A half an hour later, the two of them sat in a booth at an all night diner drinking coffee. The sun was just coming up. “What’ll we do?” Mary asked. “We can’t go back to your place or mine. They’ll find us.”

Sam pulled out his pipe and then noticed the ‘No Smoking’ sign behind the counter. Reluctantly putting it back in his pocket he said, “I’ve got a friend or two we can see about a place to stay. Once we’re safe, you’re going to tell me what I’ve risked my life for.”

With a sly smile, Mary said, “Isn’t risking your life for me good enough?”

Without any smile at all on his face, Sam threw some money on the table for the bill. Standing up and turning toward Mary he said, “No. No it’s not.”

Part I is here