What are You Watching? 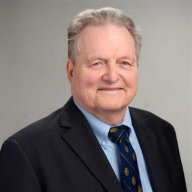 Restarted watching the Sopranos. What a good show. Aged well.

Loved The Sopranos. Well everything but the ending that is! It's a shame when a series as awesome as that ends on such a low note. Apparently Game of Thrones had a crappy ending as well, but I can't say as I've never seen it.

To see how it's done correctly look no further than Breaking Bad and The Shield. Both amazing series with great endings that tied things up nicely.

I just finished a 7 day free trial of Disney+ where I binge watched all 9 Star Wars Movies plus the 2 spin-offs and the tv series The Mandalorian. I'll give brief marks to the first 6 films (as most people would've seen them) then I'll go a bit more in-depth on the rest.

)
Episode ll : Attack Of The Clones - 2/5
Episode lll : Revenge Of The Sith - 2½/5
Episode lV : A New Hope - 5/5 (absolute classic)
Episode V : The Empire Strikes Back - 5*/5 (best film in the series)
Episode Vl : Return Of The Jedi - 4/5 (a fitting finale to the originally released movies)
Episode Vll : The Force Awakens - 2/5 (I seem to be at odds with a lot of people in that I didn't particularly like this. If you've got this one chance to reunite the original cast then they should've had a story where Luke & Han are on the screen at the same time. Then you've got C3-PO and his red arm. You're really telling me the rebels don't have a spare parts department? Failing that couldn't one of them have spent a Sunday afternoon and a £1.99 tin of gold spray paint and sorted the poor sod out? Bloody nonsense. Anyway whatever, I didn't really like it)
Episode Vlll : The Last Jedi - 1/5 (I hated this film and thought it was rubbish with tons of dumb plot lines and the story sucked manky balls)
Episode 9: The Rise Of Skywalker - 1/5 (A sad end for such an amazing franchise. The fact they brought The Emperor back was absolutely ridiculous and this film had even more dumb plot lines and holes than the previous film. TERRIBLE!)

Then you've got the 2 spin-off films
Solo: A Star Wars Story - 1/5 (Awful film that had so much potential. A decent cast and the chance to tell the story of Han Solo's early days totally wasted)
Rogue One: A Star Wars Story - 4/5 (I really liked this. It takes place just before the events of episode lV and fit in really well with the whole story arc of the franchise. I gave it an extra ½ point because there's an awesome scene right near the end, I won't spoil it for anyone who hasn't seen it but it made the film for me.)

Now I come to the spin-off tv series The Mandalorian. I give this a 4/5 as I really enjoyed it. It centers around a group of bounty hunters/assassins who are part of a group called Mandalorians who look like Boba Fett. It was was really well thought out and had a great story arc across the series with some interesting characters. Oh and its got a baby Yoda type character in it

As for the Disney+ streaming service, it's not really for me. It's competitively priced and has plenty of content but I don't like Marvel or Disney films (which make up a large part of the library) so it isn't worth my hard earned. I'll probably re-up my subscription for a month when the second season of The Mandalorian is released but that's it. If you've got kids though I guess it'd be a good investment.

Right I'm off to hopefully have a bowl of something. I say hopefully because all that writing has given my hand cramp and I'm not sure I'll be able to grasp the bowl

smudgersmissingleg said:
Loved The Sopranos. Well everything but the ending that is! It's a shame when a series as awesome as that ends on such a low note. Apparently Game of Thrones had a crappy ending as well, but I can't say as I've never seen it.

To see how it's done correctly look no further than Breaking Bad and The Shield. Both amazing series with great endings that tied things up nicely.
Click to expand...

This was on a site rating the Netflix series and billed as similar to The Wire (one of my favorite shows of all time). While it's not quite The Wire, it's pretty good. Half the dialogue is subtitled and spoken in Japanese, so you have to pay attention. One, eight episode season is it I believe. 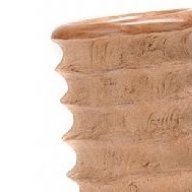 Sopranos was a great show indeed. Quite a character study.

The Mandalorian and Disney?
Not so great. 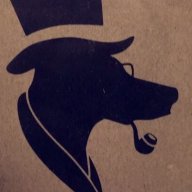 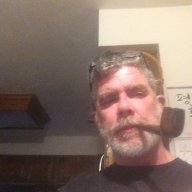 Just finished the Grant series on the cable History channel which was a docudrama, done with some good acting, commentary, good visuals including maps of battles and movements as well as Civil War archival photos. It expands the picture of the man and raises some less known aspects, like his spectacular horsemanship. We're also listening to the audio book "Grant" by Ron Chernow who also is a commentator and perhaps script consultant for the TV production.

autumnfog said:
Sopranos was a great show indeed. Quite a character study.

The Mandalorian and Disney?
Not so great.
Click to expand...

You didn't like The Mandalorian? I'm surprised as I thought it was really good, it was a big hit for them. It was a lot better than the last two Star Wars films that's for sure. Jon Favreau created it and you can tell he really knows and respects the Star Wars Universe. Still each to their own and all that.

Disney are getting rid of the virtue signaling boss at LucasArts Kathleen Kennedy, she's the one responsible for the awful last two movies in the franchise.
Apparently they're giving much more creative control to Jon Favreau and also bringing back George Lucas, which can only be a good thing.
Reactions: jpmcwjr and Bengel

. I spent a week binge watching the lot, all in chronological order. Oh and I agree about The Sopranos, awesome series.
Reactions: jpmcwjr 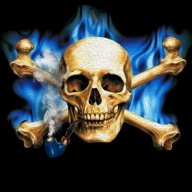 The Innocent Man on Netflix. I'm only halfway through the 3rd episode, but it's very intriguing and good so far.
Reactions: Bowie and jpmcwjr

Just finished the last episode of Mrs. America - highly recommended. We had fun googling show characters and references after each episode.

Hey, just because you're Mods doesn't excuse you from stating a rating!

jpmcwjr said:
Hey, just because you're Mods doesn't excuse you from stating a rating! 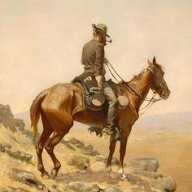 Episode 1 of new NatGeo series Barkskins. I thought it was a yawner, but my wife likes it and is watching Ep. 2 while I do something - anything - else. It's based on a book by Annie Proulx. I suppose I could stick with it and give it a chance, but I'm getting too old for TV patience.

It's a documentary from 2005 that focuses on the making of Nirvana's seminal 1991 album. Dave, Krist and Butch Vig are all interviewed. It's interesting seeing how the songs were recorded and is definitely worth watching if you're a Nirvana fan.
5/5

jpmcwjr said:
Hey, just because you're Mods doesn't excuse you from stating a rating!

Now that I've watched a few more episodes, I would give it a 4/5.
Reactions: jpmcwjr
You must log in or register to reply here.