the lies they told the US Citizens, during the Viet Nam war
Click to expand...

Amen to that...that's definitely real history.
And if anything should make it into this thread before it's closed it would be this:
https://www.youtube.com/watch?v=lMU49kScSQg

LOL … Well, it's difficult to be shocked by anything these days, so I guess I'd say just savor the experience.

Speaking of history, this year marks the 50th anniversary of the 1968 Democratic National Convention in Chicago. Whip up a batch of popcorn and watch the festivities on Youtube. It warms the heart, really.

I agree with your assessment on hipsters smoking pipes.
Click to expand...

Eh, hope never dies with me, Mothernature!
Click to expand...

The world needs more of you aldecaker. I hope the future doesn't end up the way I see it. 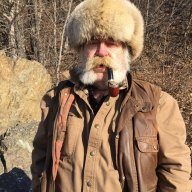 There are simply too many kids in the military, graduating with useful degrees, fighting fires, policing neighborhoods, working hard, buying homes, raising kids well, to indict an entire generation. My generation is ID'd as flower children, hippies, anti-war, and the like. Those were picked by the media as the saviors of the country. But, a great number of the same generation served with honor, returned home and raised children well while living next door to those who villainized them. Worked shoulder to shoulder with many of them. No, the country is much stronger than any small slice of a single generation.
With regard to hipsters and pipes, I can't think of a generation that didn't include pipe smokers in all walks of life and philosophies. Everybody from lefty professors to soldiers in the rice paddies. But, hipsters are humorous just like the flower children were. I do not mean to offend those of you who longed to be in Haight Ashbury but were stuck Oshkosh.

I had a good conversation similar to this at work once, if hipsters saved vinyl records. We were both into collecting, and I remarked how easy it is to find records now but they are all at a premium. I imagine if hipsters (or any other social group) got I to pipes, you'd see a lot less deals on eBay. You think there are runs on blends now? Just imagine the run if there were thousands more pipe smokers.
But as we say when we welcome new members, the more the merrier!

If there were a sudden glut of new pipe smokers seeking out premium blends, yes there would be a run on them and some shortages. But - think of what the blenders we already love plus a couple of new faces could do if pipe tobacco became a bigger economic power in the global tobacco market.
The stuff we all seek out, cellar, and savor is made from the leavings of the cigarette and cigar industry. Less than 1% of the world crop (I think I member it being said on the radio show). I'll put up with 100 organic avocado toast aromatic blends if we get one new Mike and Mary working with first-auction leaf.

I'll put up with 100 organic avocado toast aromatic blends if we get one new Mike and Mary working with first-auction leaf
Click to expand...

We aren't ruled by group identification here. Meaning society isn't going to judge us any more harshly for having hipsters identified as smoking pipes the same as us.
Hipsters. I don't care about skinnyJean's, just pull the fucking things up!
Now hand me my Codger card.

Two losers do not a generation make.
Click to expand...

Agreed. I've run into a number of 50-60yr olds who feel entitled to a higher position/pay scale, but due to the recession, have had to start over again and are constantly complaining about it, being lazy, doing shotty work. I also work with a number of 50-60yr olds who have accepted the new position and done their best, who work as hard as they used to in order to keep a job and save up for retirement.
As far as hipsters go I don't know if that's even a thing any more. I think that fad has moved on.
I think as a community we should welcome anyone who's interested, so we can keep this wonderful hobby alive for generations to come.

I think we all should sponsor a millennial today:
https://www.youtube.com/watch?v=RGvrmltfMrA 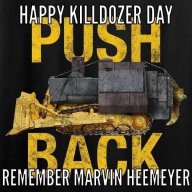 I don't care about any of this. Just wash your hands after you use the bathroom.

As the OP, at this point I am awarding Chill "best comment so far." Honestly, this one sentence sort of captures exactly what my long OP was trying to say.

I'll put up with 100 organic avocado toast aromatic blends if we get one new Mike and Mary working with first-auction leaf.
Click to expand...

Thanks to all for an excellent and (mostly, I mean as much as anyone could ever expect) on-topic discussion.

Embers, I swear to God, you're killin' me, you & Cosmic. Oh, BTW, Michazel, I thought that was just funny as hell! }}
I have 0 doubt that when I started at 17 (late 60s) I came across to a lot of people as just this wise-ass kid who wanted to be cool. I'm with pretty much everybody else; whatever/whoever/whenever, more pipers is a good thing. Some of them'll stick, & some won't. It's good for the hobby, regardless.