Tumbling Down The Loophole 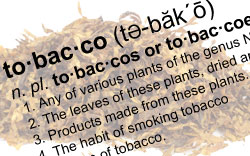 In addition to the strain of added taxes and its almost "guilty by association" nature, pipe tobacco is now facing a renewed threat (initially from 2010) to its survival in the form of loose tobacco being reclassified as pipe tobacco in order to avoid state and federal taxes. According to estimates published by the Orlando Sentinel, the Ithaca Journal and USA Today, the money lost in federal and state taxes due to the roll-your-own (RYO) reclassification of loose tobacco as pipe tobacco by switching the labels equaled roughly $615 million to over $1 billion federally and over $60 million in Florida alone from April 2009 to August 2011.

Of course, the general public takes these dollar figures as fact, and doesn’t recognize them as the speculative estimates that they truly are. This is usually the case with any type of made-up numbers being presented as facts to vilify tobacco. The population at large swallows them whole instead of perceiving them for the politically motivated hyperbole that they are.

This information was released in a report last month by the Centers for Disease Control and Prevention (CDC), and it claims that, after Florida, Texas was the second state to lose the most tax revenue (over $30 million) due to the nearly $22 difference per pound between RYO and pipe tobacco.

According to the Ithaca Journal, New York lost approximately $17 million in state taxes for the same issue, which has resulted in levying the total blame for between roughly $700 million and over $1.2 billion in lost tax revenue wholly upon tobacco. Again, quite dubious calculations. 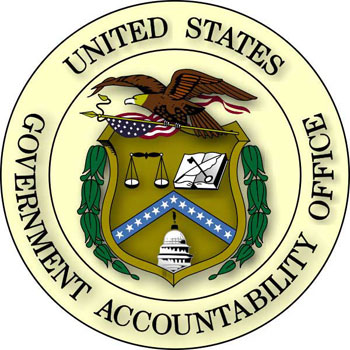 What the GAO meant by "large federal excise disparities" is that from January 2009 to September 2011, monthly sales of pipe tobacco increased from approximately 240,000 pounds to over 3 million pounds, while RYO tobacco decreased from roughly 2 million pounds to 315,000 pounds in the same time period. Simultaneously, large cigar sales increased from 411 million to over 1 billion, and small cigars dropped from approximately 430 million to 60 million.

While this boost in the numbers of pipe tobacco consumption could just be attributed to pipe tobacco "coming back into style", the more likely answer lies in the RYO reclassification, which in turn is leading to further problems for tobacco, created from within.

"The pipe tobacco industry and pipe smokers themselves are innocent victims, caught in the cross-fire of a multi-player civil war inside the tobacco industry itself, along with the traditional outside enemies firing shots as well. Big Tobacco has allied itself with Big Government in an effort to kill off its’ competition—that of roll-your-own retail outlets. At stake; are sales dollars, tax dollars, and an entire niche industry … with the potential unintended casualty being the entire pipe tobacco business."

Godbee says that it is really specific elements within the RYO retailers which are causing so many problems for pipe tobacco, elements such as the roll-your-own cigarette machines which USA Today reported were being "installed in neighborhood smoke shops around the nation."

This loophole in the tobacco tax codes are certainly helping RYO to recoup the revenue they’ve lost over the past three years due to the 2,000% tax increase, but this is being done at the expense of other tobacco products, both financially and interpersonally.

Responding to similar issues internally, several states, including Iowa, Washington, Oklahoma and Tennessee have passed legislation aimed specifically at RYO cigarette machines in an attempt to get back what they deserve in tobacco tax revenue.

"The Washington bill signed into law by the governor will level the playing field between RYO machine operators and traditional cigarette retailers by equalizing the tobacco tax paid by RYO store operators with the state’s $3.02 per pack cigarette tax," said Thomas Briant, executive director for the National Association of Tobacco Outlets (NATO) in an interview with CSP Daily News. "The RYO law enacted in Iowa is similar in that it requires RYO machine operators to pay a per-stick state excise tax. In Oklahoma, the bill passed by the legislature and sent to the governor for consideration would ban the use of commercial RYO machines except in adult-only, age-restricted facilities and require the operator to obtain a federal permit from the Alcohol & Tobacco Tax & Trade Bureau to operate as a cigarette manufacturer."

And while this would go a long way to helping alleviate some of the problems due to the confusion between RYO and pipe tobacco, you can bet that there will be problems aplenty somewhere down the line.

The seeds of this whole issue, though, can be traced back to the anti-tobacco laws and acts which swarmed Congress in 2009, the majority of which were initiated in the name of "health insurance for needy children" (even though multiple reports dating from 1998 all the way to 2010 published in Business Week and the FDA’s Adverse Reporting System stated that the programs that were supposed to be being funded by tobacco tax and settlement money were woefully under-funded and that 77% of the "needy children" they were really targeting with these initiatives already had private health insurance).

Unfortunately, though, it’s become evidently clear over the past several years that as soon as anyone says they’re doing something for the cause of "needy children", the public tends to tune out whatever comes next, and that’s exactly what’s occurred again. 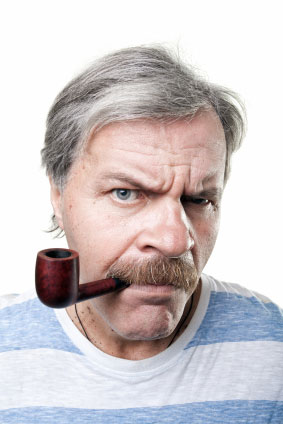 In a Washington press release last month, U.S. Sen. Dick Durbin (D-IL), Sen. Frank Lautenberg (D-NJ) and Sen. Richard Blumenthal (D-CT) announced that they had joined forces to produce the Tobacco Tax Equity Act, which they claimed was aimed at "[closing] loopholes in the tax code that allow tobacco companies to avoid the federal cigarette and roll-your-own (RYO) tobacco tax."

And, right on cue, Durbin announced in his very next quote that:

"The current loopholes in the taxes on tobacco products encourage the use of products like pipe tobacco, smokeless tobacco, and ‘nicotine candies’ as a cheap source of tobacco, particularly among young people. This difference in tax rates doesn’t make sense, and we are already seeing tobacco manufacturers abusing them by changing the labels on their products to avoid paying the higher tax. This bill will stop tobacco manufacturers from gaming the system and protect more children and teens from this dangerous habit."

The only real response that can be levied against Durbin’s agenda is to demand him and his cronies to produce a teen who is hopelessly addicted to pipe tobacco.

Besides that, though, he’s right about a number of the other issues—just as Godbee stated previously, there are opportunists out there who will "game the system", but as pipe tobacco has been trying to prove for years now, lumping all tobacco into one category and assuming that they’re all going to try and "game the system" in order to "get kids addicted" shows not only personal ignorance, but a vehement apathy against overcoming this lack of knowledge and truth.

Apparently, though, they just don’t care.

According to Godbee; "The Government, in a far overreaching and completely illogical, but convenient manner of picking on ‘evil tobacco’, drastically increased taxes on RYO as part of the implementation of S-CHIP in 2009. This is health insurance for needy children being funded by an over 2000% increase on roll-your-own tobacco. There were different increases on all forms of tobacco, but RYO had the largest. At the time, pipe tobacco taxes went up over 150%.

This only caused more problems for everyone on both sides when RYO found the loophole to mislabel their product as pipe tobacco. This resulted in opportunist retailers pumping out cheap cartons of cigarettes with new automated rolling machines, not only avoiding RYO taxes with fake pipe tobacco, but also avoiding cigarette manufacturers taxes."

"The solution most often proposed (and currently being pushed) is to make the tax on pipe tobacco the same as RYO—an increase from about $3 per lb. to $25 per lb. What’s colossally ridiculous is that for 2-years running it’s been ‘Groundhog Day’ and ‘Déjà vu all over again’."

"When this proposed solution first came up two years ago, it was explained how the real pipe tobacco industry would be put out of business because we are way too small of a niche to survive such a drastic increase in taxes. Further, the industry gave a better solution that would solve the problem, without having real pipe tobacco becoming extinct and putting companies out of business and employees out of work."

"The root of the loophole being exploited is that the only definition the government has for pipe tobacco is that if the package says it’s pipe tobacco, then it is pipe tobacco."

"The TTB (Alcohol and Tobacco Tax and Trade Bureau) provided a public commentary period in 2010, and the Pipe Tobacco Council’s definition for pipe tobacco was submitted … and ignored."

"We gave them a real solution that would solve the problem, and it was ignored back then, and continues to be ignored now."

So, unfortunately, it seems that there may be a day in the future when pipe smokers of America are going to have to run for lives / lifestyle-preferences if they are to truly enjoy the freedom’s which this country proposes to support. With enemies arising from within and without, it’s becoming harder and harder to ignore the feeling that the enemies of pipe tobacco are moving in for the kill. 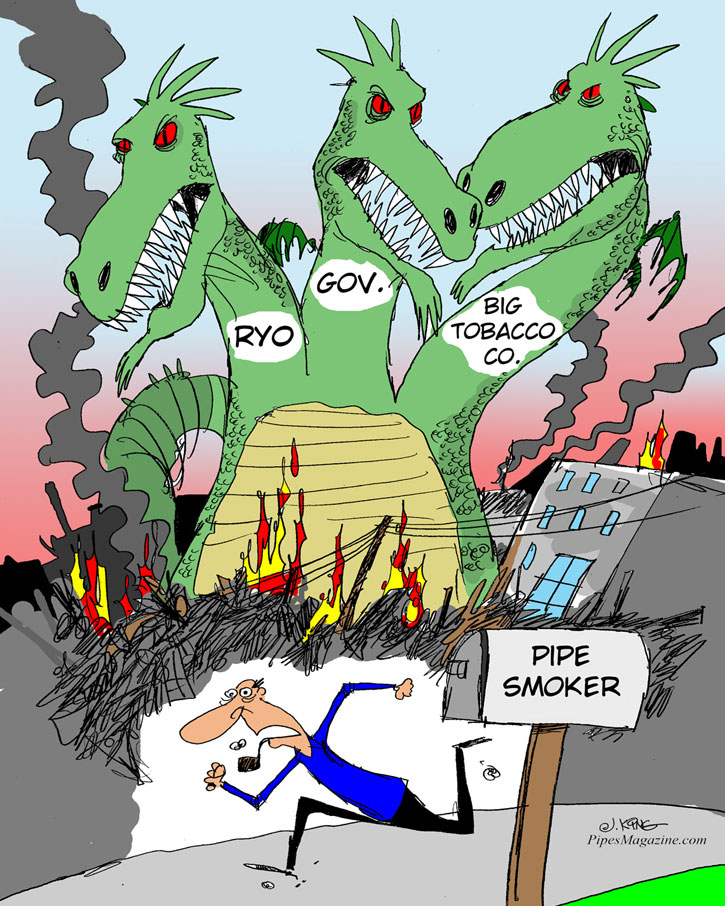 Stay tuned to the pages of Pipes Magazine to stay current on the legislative front of pipe tobacco.