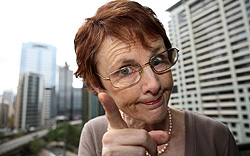 There’s a smug alert in your neck of the woods.

It comes without mercy, and it comes without warrant. It can’t be reasoned with, negotiated, or swayed from its single-minded purpose to take from you what defines you as an American citizen: Choice.

Melodramatics aside, the singular focus of the health care crusaders parallels perfectly with the lampooning nature of the television show South Park, and more specifically one episode in which the writers address the issue of hybrid car drivers. Now, the nature of the episode leans toward the outlandishly excessive, but the message is clear: while the intent of the self-satisfied is noble, the means through which they seek to achieve their goals inevitably does more harm than good.


Which brings us nicely to the first point in our topics up for discussion: the mindset behind a health care crusader.

Individuals such as this, exampled through their unerring tendency to exert their beliefs and authority into private individuals’ lives, constitutes what psychologists term as "codependency". 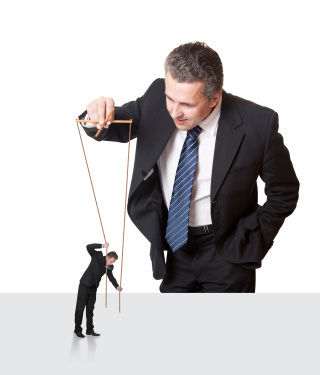 Codependency, by definition, is "a tendency to behave in an overly passive or excessively caretaking way that negatively impacts one’s relationships and quality of life."

Health care reformists are not the only group that exhibits this trait; their ability to implement their own beliefs and their self-righteous mannerisms mirror those exhibited by the protesters seen holding signs outside the World Trade Center which blamed homosexuals for "God’s vengeance" and the September 11th terrorist attacks.

Their methods are the source material for the satirical "Green Police" commercial which aired during the 2010 Super Bowl, which portrayed Gestapo-esque militants arresting unsuspecting citizens for something as trivial as drinking coffee from a styrofoam cup.

The health care crusade, needless to say, is not the first time in American history that a minute group of private citizens takes up a cause they believe is right in order to subvert the power of the citizen and place that power in the hands of the American lawmakers.

Almost a century ago, this same tactic was used in order to begin prohibition, and look where that got us.

We are living on the cusp of the second age of prohibition, and it is the minority which is driving the engine of change right toward it. They may try to convince you that you, as smokers, are part of the small hold-out desperately clinging to arcane practices which single you out from a rational and technologically-advanced society that is desperately trying to save you from yourself, but they are wrong.

MORE READING  Tumbling Down The Loophole

Among that number, approximately 44% of smokers are white, 43% are black, and 13% are of either Hispanic, Asian, or Native American nationality.

Now, while this percentage (41%) does lie in the outward minority, that still constitutes nearly 50 million individual adults who still smoke.

This information, taken from the American Heart Association’s website, shows that while the multitude of health care crusaders are trying to convince the American people to shun the last hold-out of individuals who smoke, there is much more than a "last hold-out" who continue to light up.

This revelation illustrates the controlling nature of the health care crusader’s psychology, meaning that "controlling people often demean or criticize others as a means of building themselves up and appearing superior and in control."

To put it in realistic terms, take the example of the U.S. Centers for Disease Control and Prevention (CDC)’s director, Thomas Frieden.

Frieden not only implemented a system to monitor New York City’s smoking rates, but also led the campaign to have smoking banned in the workplace. This ban gained ground in multiple states including California, where (to reference this publication’s interview) the cast of AMC’s Mad Men must smoke herbal cigarettes on camera rather than regular cigarettes in order to keep with the show’s 1960s aesthetic. 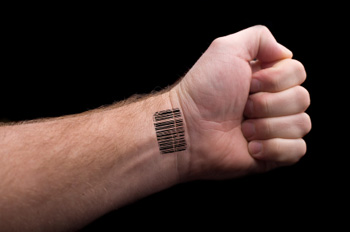 And tobacco is not the only issue that Frieden, as one of the primary figureheads of the health care crusade, takes offense with. Again in New York City, Frieden concocted a strategy to eliminate written consent for HIV testing, a plan which lays the framework for eventual forced testing for the disease. He also established an "involuntary, non-disclosed hemoglobin A1C diabetes registry that tracks patients’ blood sugar control over several months and report[s] that information to treating physicians in an effort to help them provide better health care."

In addition to this, Frieden helped create the system through which all fast food and chain restaurants must now publish and post a "calorie-count" of all the food it sells and list its nutritional facts in a manner similar to those you find on the side of a cereal box.

In short, this evidence illuminates the highly-controlling nature of one of the health care crusade’s greatest champions, as well as illustrating the trickle-down effect that seems quite apparent to anyone who has had the pleasure of conversing with one of these charming individuals.

The definition of codependency and the very crux of a controlling personality has another, quite appropriate definition: "Controlling people often have difficulty dealing with problems objectively and will manipulate […] others when their own mistakes are pointed out."

This truth is that self-satisfaction and self-righteousness leads a human being to believe that they are incapable of being proven wrong, that their cause is so noble, so just, that anyone who even slightly disagrees with it is greeted with hostility, animosity, and sometimes even outward displays of violence.

The rational and logical citizens of the United States have a common term for that: Jackass. 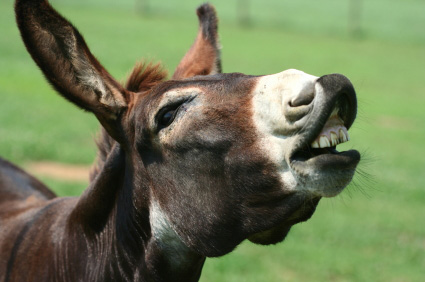 If you, as the aforementioned writers of South Park point out, "spew self-satisfied garbage" into the air, you are a jackass. If you feel the urge to intervene in strangers’ lives even when these advances are obviously unwelcome and blatantly rebuked, you are a jackass. And if you believe that abolishing smoking will lead to a better, cleaner, and safer world, then you are most definitely a jackass, because you obviously have not studied history or else you would understand what happens to human beings when they are not allowed to have something (which is not illegal, immoral, or proven harmful to anyone else around them) that they want.

America can’t suffer another prohibition, because if the worst thing that happened as an inadvertent reaction to the last one was the implementation of the mafia into American culture, just think about what would happen if there were to be a smoking prohibition.

Needless to say, there’s a smug alert on the horizon, and its effects can already be felt, leading one to wonder that if this is just the beginning of the smug crisis, what will the state of the nation be should its cause gain ground? Will citizens’ arrests for "green violations" be legalized? Will lynchings of smokers, who of course will be deemed as second-hand citizens, be implemented? Will random searches for "illicit contraband" or, even more frightening, non-disclosed medical screenings be allowed and, even worse, backed by the American lawmakers?

The slippery slope that leads to dystopian futures and fascist governments is paved with good intentions.

Again, take history into account: Fidel Castro, Adolf Hitler, Joseph Stalin, and Mao Zedong all had good intentions for the betterment of their people in the beginning, and indeed won over a vast majority of them through propaganda and slogans. But it was, of course, the methods that they began using once they found that they had the majority that made them who history remembers them as, and, should the health care crusaders’ arguments be given credence and power, the shamefully belittling image of "The Eternal Jew" will be replaced with a menacing smoker, perhaps drawn to resemble Snidely Whiplash or the Boogeyman, shown persuading children to smoke or even laughingly blowing smoke into the faces of aghast and innocent bystanders.

The point is, you can take any issue and spin it to gain the backing of the majority. It’s called mob psychology, and the thing that leads to mob psychology more than anything else is a little thing called fear-mongering, which is exactly what the health care crusaders use when they stand out in the square with body bags and a megaphone screaming that the number of body bags lying before them is being used to portray the number of people who are going to die from smoking in that city today.