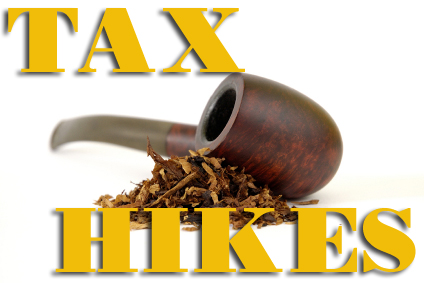 Gov. Ed Rendell’s budget for Pennsylvania’s 2009-2010 fiscal year that begins in two weeks will be looking in part to increased and new taxes on cigarette and cigar smokers for additional tax revenues which the International Premium Cigar & Pipe Retailers Association says will never come.

Rendell’s budget proposal would increase cigarette taxes by 10 cents per pack and impose new taxes on other tobacco products, including cigars, snuff and pipe tobacco.

"The exact amounts of increased and new taxes, if any, are yet to be determined and will continue to be a moving target while lawmakers figure out what they think they can get away with," said Chris McCalla, legislative director of the IPCPR.

"Regardless, no tax increase is a good tax increase, especially on tobacco products, because smokers will find ways to get around those higher taxes. As in other states that raise their tobacco taxes, the net result will be that the Commonwealth of Pennsylvania actually will get lower revenues than they got before because some smokers will quit and many others will go out of state or look to the Internet or bootlegged products to get around paying the higher taxes," McCalla said.

"As hungry as the state is for additional revenues, they have to realize that these proposed tax increases would hurt businesses and state residents and visitors more than help raise tax revenues," said McCalla who also pointed out that 70 Pennsylvania-based tobacconists of the more than 2,000 IPCPR members do not represent ‘Big Tobacco.’

"Premium cigars and pipe tobaccos are made and sold primarily by small, family-owned businesses that have been hand-crafting and retailing their products for generations. These premium cigars and tobaccos are then sold by largely mom-and-pop operators who employ local citizens, serve their neighbors, and pay federal, state and local sales and payroll taxes," McCalla said.

"In the final analysis, it would be our citizens and visitors who would be hurt and have to pay the additional taxes just to enjoy an occasional premium cigar or bowlful of pipe tobacco, as they might enjoy a single-malt scotch whiskey or a bottle of good wine," said McCalla.

McCalla urged Pennsylvania voters to contact their state legislators and voice their opposition to any new or increased state taxes.