What is a Balkan Blend? 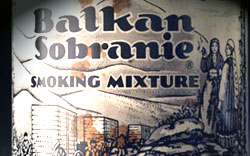 In the on-line pipe communities, there is often passionate conversation about the classification of blend types, and in these discussions, the most impenetrable clouds of mystery seem to swirl around those blends containing Latakia. What is an "English" mixture, and how can one be distinguished from a "Balkan" style blend? The problem is that both of these terms, despite broad usage, are somewhat ambiguous, at best, and, worse, the commonly held notions of what they mean is just plain backwards. And, yes, I’ll admit up front to being one of the early champions of this wrong-headedness. What? Read on.


It seems fairly clear that the term "Balkan" as a blend descriptor derives from the legendary Balkan Sobranie, and came into common usage as a way to describe tobaccos that are similar in character. That’s not really a problem, but, subsequent discussion of what this term might mean has led us down an entirely wrong path. A "Balkan" blend simply isn’t what it’s often said to be.

First, some background. Ernst Voges, in the Tobacco Encyclopedia, makes no reference at all to a "Balkan" style blend, but does define an English mixture as, "Pipe tobaccos with a distinctly spicy taste, produced by the addition of aromatic tobaccos (e.g. Latakia and Perique) to a base of best quality Virginia." (123) Unfortunately, this is not much help in reaching towards any sort of disambiguation. Under "English pipe tobaccos," we find " Pipe tobaccos blended to the British taste, and based on flue- and fire-cured Virginia or Kentucky , sometimes also incorporating small amounts of Latakia, Louisiana or Perique, in which case they are commonly known as mixtures." (123)

Voges goes on to discuss mixtures as, "Name given to coarse cut, shredded tobacco blends used in pipe smoking. To be distinguished from plug and bar tobaccos, which are sold in pieces, and shag and flake." (204) 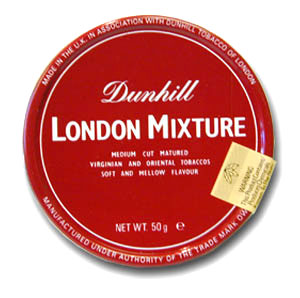 At least some parts of these definitions have traceable historical antecedents. In Dunhill’s literature, for instance, the term "Mixture" was used as early as 1910 to describe those blends which contained Virginia and oriental tobaccos. (Importantly, in manufacturers’ early catalogues and pamphlets, Latakia was often lumped in with other oriental tobaccos in blend descriptions. That the noble leaf was not always specifically mentioned as a separate component does not necessarily indicate that it wasn’t included in a mixture’s formulation.)

This gives us a reasonable working notion of what a mixture is. But, until relatively recently, our British brethren wouldn’t likely have much of a clue of what we were on about if someone mentioned an "English" blend, and discussion with friends across the puddle have verified this. The term doesn’t seem to gain any international currency until Richard Carleton Hacker’s publication of The Ultimate Pipe Book in 1984, though earlier, Carl Ehwa makes some allusion to differences between English and American mixtures in his book, Pipes & Tobacco (183-184), and Milton Sherman presents similar discussions in All About Tobacco. (45-49)

So, while we might argue that "mixture" has some useful meaning, the term "English tobacco" would only denote, at least historically, any blend produced without artificial additives, chemical flavorings or humectants. Straight Virginias, plugs, slices, mixtures would all fall under this banner, if made according to the now defunct purity laws that once governed tobacco production in Britain. And, indeed, in the 1940s and before, even purveyors in North America seemed to be satisfied with that loose description. Companies like Wally Frank produced such blends as "English Plug Cut," a pure tobacco comprising Virginias and traditionally steamed Cavendish leaf.

By the 1960s, there seems to be some commonly held distinction between "American" and "English" mixtures, the former containing burleys and flavored tobaccos, the latter adhering to the purity laws. Over the past thirty years or so, however, pipesters have come to nearly universally accept the notion that an "English mixture" is a pure tobacco mixture comprising virginias, orientals, latakia and perhaps perique. It’s as good a starting point as any.

But, what about these so-called "Balkan blends?" In my searching, I have found nothing in the literature to give this term any thrust. Though there are plenty of references to "Balkan tobaccos" in various catalogues and pamphlets, both British and American, the term has always been used to describe a component, not the mixture itself. Returning to Voges, we find, "Balkan – Bulgarian term for Djebel[1] tobaccos, i.e. those oriental tobaccos coming from mountain areas." (25) 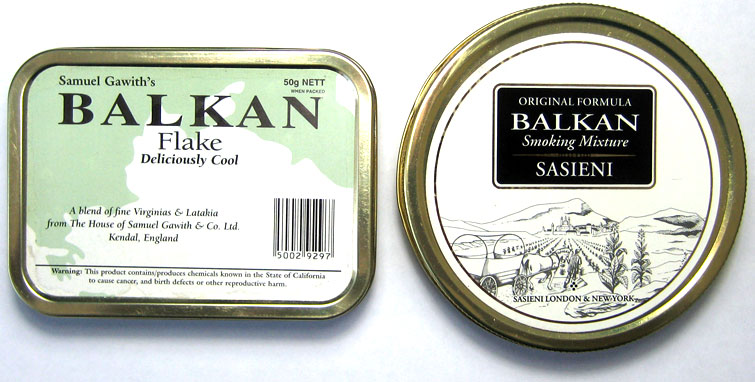 In fact, it wasn’t until some time in the 1990s when the neologism, "Balkan blend," rose up from the murky waters as pipesters sought to differentiate Latakia blends that seemed more oriental-forward than English mixtures, but produced from similar components. The earliest uses of the term were found in on-line forums and chat groups on the internet. Up to that point, we had Balkan tobaccos, and we had Balkan Sobranie, a specific blend containing these tobaccos, and somewhere along the way, the name was abducted and held for ransom. Here’s where things get more challenging.

Most smokers of Latakia blends, when asked, would probably hold up that Sobranie stuff as the prototypical "Balkan blend," and this certainly makes some sense. On the other side of the Balkan/English coin, Dunhill’s London Mixture, first created in 1928, would serve as well as the classic exemplar of an English mixture. Unfortunately, this is troublesome in any attempt to solidify our definitions, since the two blends are precisely the opposites of what we would think of them as being, given the connotations of these terms in our currently fashionable parlance; London Mixture contains relatively little virginia leaf in its makeup, and Balkan Sobranie, quite a lot!

Confused? Me, too. For years, I’ve also adhered to the popular notion that the term "Balkan" might have some meaning when referring to a type of tobacco; some way of differentiating one blending style from another, but, if things are backwards in our modern interpretations, does it really mean anything? If the quintessential "English" mixture is actually a "Balkan," by our terms, and the "Balkan" is "English," should we really even be using the terms?

Of course, I’m being more than a little finicky, but if the connotations of these terms are topside-down, which they clearly are, don’t they darken our understanding of what the blends they are used to describe are? Since it’s unlikely that we can easily change the way we have come to interpret them, maybe they should simply go away, or at least be accepted as interchangeable, if not completely nebulous.

For my part, I’ve decided to simply adopt the less descriptive, but more precise "Latakia mixture" in all future discussions, but, no, I’m not going to rewrite my labels.

Now that I’ve used my inaugural column to dive into the waters of controversy, all I can do is hope that I haven’t bored the readership completely to tears, and that my byline will appear again in the next issue. I’ll try not to be so pedantic in the future.

1. Voges, 113; Djebel Tobacco – 1) Name given to those oriental tobaccos grown in mountain districts, as pooposed to those planted on the lower slopes of foothills or on the plains. … They are always superior in quality to the lowland tobaccos, having a better colour and finer aroma. The Basma-type Djebel tobaccos from Greek Thrace and the Greek and Bulgarian parts of Macedonia are particularly famous.