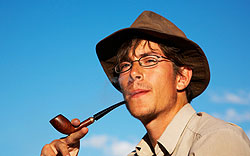 There’s more than a little irony to be found in the notion that, as I begin to write an article about seasonal smoking, and especially summer smoking, the sky is spitting rain at my windows, the wind is laughing behind my back, and it’s not particularly warm. Of course, last week, it was hot and blue, a welcome relief from the protracted spell of dreary days we’d been having, which is why the thought for this came to me in the first place. I probably should have begun writing then, but being infamous (at least to our illustrious publisher) as a procrastinator (I call it being busy), that wasn’t going to happen. The idea germinated, at least, and now that it’s time to actually do the writing, I’ve probably all but forgotten at least half of the little pearls of brilliance that formed in my oyster when the idea first came to me… What’s a boy to do? Onwards.

Change is in the nature of all things, and pipe smoking is no different. Just when you think you’ve got it all figured out, the sylphs will throw a knuckleball, sometimes in the form of miscreant weather. But, what does weather have to do with pipe smoking?
I’ve often found myself envious of pipe smokers who can puff contentedly on their favored smoke at any time of day, on any day of the year, wherever they happen to be. I’ve mentioned before how environment can play a role in the experience of a blend, and there’s nothing that exemplifies this, at least for me, more than changes in the seasons, and for reasons I can’t quite explain, I’ve always fallen victim to the influence of the climate’s folly. 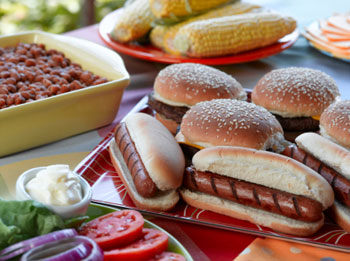 Through most of my years of pipe smoking, I’ve been a fairly single-minded, committed latakiophile, and, accordingly, my attention in the fall and winter has focused on heavier, darker latakia mixtures. Their deep, richly intense and lingering flavors and wood-fire aromas, clinging to the air like frost on the windowpane, have always brought me the most pleasure when it’s cool, misty and grey. They offer me a sense of deep satisfaction, and, whether inside or out, the combination of cooler days and dusky latakia-laden blends suits my mood and my tastes like no other.

MORE READING  Dust in the Wind - A Primer on Tobacco Moisture

When spring plots its arrival, I tend to move gradually towards somewhat lighter blends, wandering into the weeds with sweeter virginias and perique blends on occasion, but latakia and oriental tobaccos have continued to play the featured role. As the weather warms further, as spring begins to give way to summer, I find myself craving less of the smoky stuff, and more of the lighter, less lingering leaf, always looking for tobacco choices that play well with nature’s theatre. The fuller mixtures seem to make my palate uneasy. They’re too dark, too rich, too demanding, too something for me.

But, it’s when summer arrives in full battle regalia, on those sultry, humid days that make me feel as though I’m being held prisoner in a greenhouse, that I’m disinclined to smoke anything at all, and when I do have the urge, I’ll generally reach for a cigar. Cigars were made in and for this kind of weather, so they seem a natural fit. I’ve never quite figured out why pipes and hot, humid weather don’t work well for me, but it’s been true for as long as I can remember, and because of this, for most of my piping years, I’ve rarely touched a pipe in the hottest of weeks. That all changed one miserably sweltering, muggy day in July or August of 2008, shortly after the release of Key Largo. 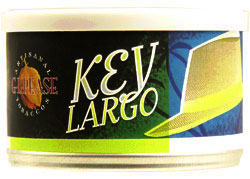 The mercury on that late afternoon had brushed up past the century mark (that’s about 38˚C to the Fahrenheit challenged), and the humidity felt like it could be expressed with a similar numbers. Not wanting to even think about working in my hot, stuffy kitchen, I decided to do my cooking on the back patio. While attending the grill and gazing over the overgrown field of sun-dried weeds – the inevitable result of a neglectful and reluctant gardener conspiring with a relentless sun, following the natural bounty of an overly enthusiastic spring—the idea of a smoke, for some inexplicable reason, popped into my head, probably to give me something to think about besides the weeds. Rather than grab a cigar, I thought I might have a go with a briarful of the new blend. It seemed right. A little cigar leaf, not too much latakia, some nice oriental spice and a solid virginia backbone sounded like something that would do the job nicely.

At first fire, flavors tangoed beautifully on my tongue. It was more than a little surprising that I could puff on a pipe in that climate, and derive real pleasure from it, but there it was. It was good. What was even more surprising was the synergy between the aromas from the grill and the taste of the tobacco. It was almost transcendent, and even better than a cigar would have been under the same circumstances.

I think of this event, today, as a fortunate confluence of the fates, because it was that very synergy that wrestled with my attention and began to change the way I looked at and thought about the summertime smoking that had previously been so unpleasant for me. I began to explore other blends, finding that lighter virginias were wonderful, too, and even some burley blends. I’ve found a small repertoire of blends that can vanquish those sultry daemons that had fouled a few weeks out of every year since I took up the pipe, but Key Largo remains at the vanguard of my summer smokes. 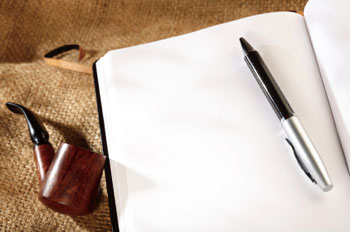 It might seem silly to more normal folks that anyone would spend so much time thinking about tobacco choices and environmental factors, but things like this have always kept my possibly deranged curiosity piqued. And, I know it’s probably a flaw in my character that I’ve never been able to find contentedness with one or three blends for all seasons, all times of day, all states of mood, but so it goes. I’m too fickle for that. I admire those who can smoke the same few blends constantly and never tire of them. I cannot, and even if I could become a one blend smoker, I don’t think I would. It’s just too much fun to play the field. So, whenever the "What three blends would you take to a desert island?" debates flare, I’ve found myself driven nearly to the mental paralysis of catatonic fugue. It’s not like the "Ginger or Mary Ann?" question, which, by the way, I can answer. At the thought of the question, I become mired in thinking about the fact that there would be too many days of self-inflicted abstinence if I didn’t have just the right tobacco, surrounded by a few dancing days of reckless smoking with complete abandon, as if those days might be my last. Then, after minutes of transient hopelessness, and a few shakes of the head, something approaching rationality returns, and I’m grateful I don’t have to make such intractable decisions in real life.

But, it’s always annoyed me that hot weather and the pipe were such poor bedfellows for me. In hindsight, I realize it was my prejudice against the very blends that would allow me to do so that kept me from enjoying my hot weather smokes. I had no idea what I was missing! Now, despite years of summer’s yearly vexation, an accidental epiphany has opened the screen door and my little world of tobacco choices has become wide enough and diverse enough that I can always grab the right blend for the right time, and enjoy a pipe during any season.

[Editor’s Note: Watch for the new Summer blend from G. L. Pease coming out later this month. Triple Play is a Virginia/Perique blend with just a little bit of Dark-Fired Kentucky. Here is a sneak-peek at the tin label.]

The Stuff of Legend