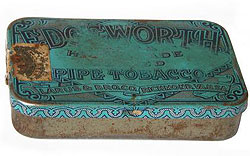 Recently, the "market value" of some vintage, no longer produced blends seems to have skyrocketed to record-setting altitudes. A 2oz tin of a once popular English tobacco was sold at auction for over $400, nearly twice its previous record-high, and not long before that, another often talked-about blend achieved similar levels. By my reckoning, $400 for two ounces of tobacco translates to about $20 per bowl. It’s a lot of money, but is it really as extravagant as it first appears? Perhaps not for the person who paid the money, but what about the rest of us? Let’s look a little more closely.

For about $20, the happy (we presume) and proud new owner of this relic of relative antiquity can spend close to an hour in blissful reveries, partaking of something from another time, evoking old memories, or perhaps just thinking about days gone by and the world as it once was. Maybe they take some pleasure in knowing they’re experiencing something truly rare, or perhaps they simply enjoy the smoke for what it is. They might share their bounty with their fortunate pipe loving friends, or they may enjoy it in the privacy of their own chambers. Whatever the circumstance, we should hope that they do enjoy it fully, and that their money has been well spent. 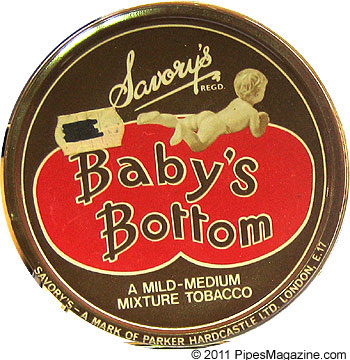 Unfortunately, not everyone greets news of this sort of exemplar of market forces with much grace. Some of the online forums were abuzz over this, with a few referring to the buyers by some rather unfortunate sobriquets, and that’s really a shame. Accusations of the worst sort of elitism were raised by those who insisted that there is no way the experience of the tobacco in those rare tins could possibly be worth that sort of money, or, for that matter, any better than a daily hamburger. Maybe these folks don’t know what they’re missing, and maybe they don’t care, but why dump sour grapes over the good fortune of others?

Most of us, I’m guessing, are not in the position to spend such astronomical prices for these rare and vintage tins, but for those who are so blessed, I say, "Bravo!" and can I be your friend?

I’ve had more than my share of opportunities to experience some of these old gems, mostly by the combined virtues of others’ generosity, and my obsessive hoarding. (I call it collecting, but a professional might extract some term out of the DSM V that ended with the word "disorder.") I’d love to claim that it was a prescient stroke of brilliance that induced me, when I first took up the pipe seriously, to "cellar" for aging the tobaccos that I enjoyed, but the only brilliance I can honestly claim is taking to heart some sage advice from someone far more knowledgeable than I who started me down that road, and as I’ve mentioned in previous columns, it has been a lesson well learned.

The point I’m orbiting here is that there is something truly special and wonderful about some of these old tobaccos. Whether it’s the tobacco itself, or something less tangible is an interesting question. Tobaccos do change dramatically over the years, with the most significant changes showing themselves at the five year mark, and many enjoy the added nuances found in older tins. And, a lot of those old brands are simply not available in any other form but old, having disappeared from the market years or even decades ago, or, through changes in manufacturer, have morphed into something unrecognizable as the original. Of course, there are those who feel that tobaccos, especially mixtures, are best enjoyed young, that latakia becomes flat, loses its charms after too many years in the tin, and that only virginias have legs long enough to survive the decades, while others enjoy longer aged mixtures precisely because of the mellowing effect of the years. (Much depends on the blend itself, but I have only rarely smoked an aged tin that I considered genuinely "over the hill.") Different horses for different courses, and whatever the force behind it, a lot of us love our old tins. 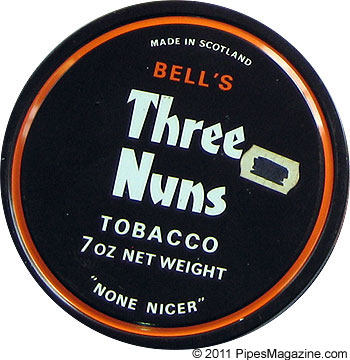 But, what about these prices? It’s likely that, for most of us, the sticker sting of these recent auctions is felt more sharply because of comparisons with contemporary pricing. A 2oz (or 50g) tin of even the most expensive pipe tobaccos today retails (in the U.S.) for less than the price of a single bowl from the record-setter, so, yes, it does seem a bit spendy. But, is $20 for a sublime bowl of vintage smoke really a such a high price to pay for a true indulgence? That same double-sawbuck could be spent, instead, on a couple martinis in a chic bar, or a decent bottle of wine. Dinner out, at least in most cities, would cost significantly more. And, every time I walk into the humidor of a local tobacconist, I’m surprised by how many cigars are brushing up against that ceiling, and by how many people happily open their wallets to pay the man behind the counter. The real difference here is that these are more or less repeatable events, whereas once that vintage tin is gone, it’s gone.

As vintage experiences go, this seems a relatively cheap one. I occasionally look at the auction prices of the sort of wines I can’t even think about buying, and am often smacked upside the head by the selling prices. You don’t even have to look to older bottles; futures of some of Bordeaux’s Premier Cru wines from the 2009 crop are seeking levels of upwards of $1000 per bottle, 20-30% higher than the last record vintage (2005). This is just the beginning, and, there are people paying it. Older vintages can be far worse, with bottles from great years selling at auction for ten, or even 100 times that amount. In comparison, that $400 for 20 bowls of bliss doesn’t seem so terribly extravagant. Okay, I admit it. I’m justifying, but even at these prices, and they are likely to increase for high-demand tins, pipe smoking appears to be a relative bargain.

Still, spending over $400 at one time for a tin of tobacco, even if it’s going to be enjoyed over a year’s time, is not something most of us can easily justify. So, we "resign ourselves" to smoking current offerings, and cellaring the blends we love so that, one day, after time has worked its magic, they may provide us with some of the same pleasure as the long-lost blends of yesteryear offer to those lucky enough to have or buy them today. Delayed gratification at its finest. Fortunately, it’s not really much of a hardship; there are some great tobaccos available, and we can enjoy them while building our cellars gradually. 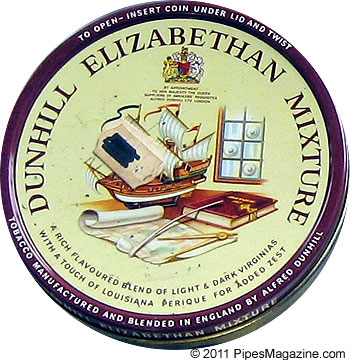 I don’t smoke my old tins as regular fare, just as I don’t drink great wines with the daily supper. There are wonderful vin de tables that serve my bargain consciousness while also providing something delicious to enjoy with friends, and there are the better bottles for special occasions with special food. With tobaccos, too, there’s are my daily companions, and there are the dusty tins in the cellar for special treats. (Though, I do sometimes feel a little pang opening something that I could sell for hundreds of dollars, irrespective of the fact that I’d originally paid $3 for it.)

With that in mind, let’s look at the prices of contemporary blends. It cannot be ignored that the cost of our beloved leaf is higher today than it’s ever been, and, sadly, it has nowhere to go but up. Production costs and government graft have seen to that, and will continue to do so. But, we still have a panoply of choices, and even the most expensive are priced at well under $1 for a bowl that may last close to an hour, and there are plenty of options that will bring that cost down to under 20¢, one percent of the cost of the record setter. It’s a great time to be a pipe smoker, a partaker in one of life’s last truly affordable luxuries.

So, next time you’re shaking your head at the next record price for a tin of tobacco on an auction site, think about it a little. No matter how often or how much we may smoke, or whether our favored tobacco is a youthful bagged blend from the local shop, or an aged tin from our cellar, we’re all in it for the enjoyment it brings us. And, if not every time, we should all take an occasional moment to reflect, in the company of a well loved briar, on the long history of our gentle art, to appreciate more deeply what we have, what and who have come before us, and all those involved in making it possible for us to continue on our smoky journey.

[Photos by Kevin Godbee from his personal collection]

The Stuff of Legend