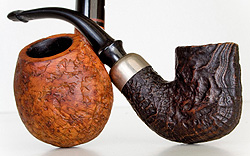 Pipe smoking today is often a solitary affair. We are too frequently accompanied only by a good book, good spirits, and our thoughts when striking the match, putting flame to leaf. But, it wasn’t always this way. It’s not hard to conjure ancient visions of taverns or club rooms, filled with smoke and jovial camaraderie; places where men would gather, filling long, unwieldy clay pipes with the strong tobaccos of the time, and spending their smoking time in the company of like-minded fellows, at least as regards their enjoyment of the pipe. We can easily find antique wood-cuts, paintings, and prints to reinforce these romantic images of the smoking life of the distant past.

Even much later in the pipe’s long and colorful history, we can read tales of good fellowship, spent in the company of briar, meerschaum or clay and some fine leaf. In the 1930s and 1940s, arguably the zenith of pipe smoking, approximately 40% of adult males, at least in the U.S., the U.K., and many countries in Europe, stoked their briars as a matter of custom. The pipe, for many, was as much a part of their daily wardrobe as a was a good hat. Even as late as the 1970s, though well into its decline in popularity, the pipe was still a public thing, and pipe smokers were a fairly common sight. 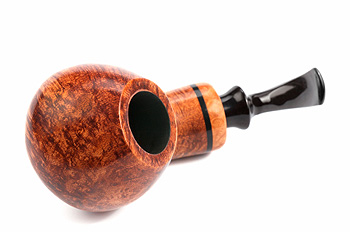 How times have changed. Today’s hurried and disposable lifestyle, coupled with increasingly draconian regulations and legislations, has forced the pipe smoker into caverns of relative seclusion, and you almost never see one on the streets. Though there are still places where the social nature of the pipe is celebrated – Egyptian tea houses, for instance, tables surrounded by men tending the octopus-like tentacles of hookahs, with strongly flavored, locally produced tobacco smoldering in their brass bowl, and, where not outlawed, the hookah bars in the western world, or the smoking lounges of tobacconists’ shops – the culture of pipe smoking in most countries has been eroded and increasingly threatened with extinction. Or has it?

See, it just isn’t possible to keep pipesters from sharing the passion and enthusiasm of our pastime. In April of 1994, when we could still smoke on the streets in most cities, and in those few remaining pubs and bars that didn’t have "No Pipes or Cigars" signs posted, something extraordinary happened in Cyberia; a fellow named Steve Masticola sent the following message to the configuration tzars of USENET, creating the alt.smokers.pipes newsgroup:

The Pipes Mailgroup provides a forum for discussing the moderate use and appreciation of fine tobacco, including cigars, pipes, quality cigarettes, pipe making and carving, snuff, collectible tobacciana, publications, and related topics. The mailgroup is lightly moderated to prevent flame (except for the purpose of lighting up.

It wasn’t the first on-line group for pipe enthusiasts. Prior to this, there were AOL groups, and some bulletin boards, but ASP, as it came to be known, was the first of its kind that was so widely available. Anyone with an internet connection and a news reader could participate freely, and the group grew rapidly. In the beginning, there were perhaps 30 or 40 regular readers and contributors, and the post count was low, but within a few years, it became hard to keep up with all the traffic, and new members joined regularly.

Over time, as USENET’s utility began to be upstaged by the newcomers, chat rooms and internet forums, ASP had to share the spotlight, and participation gradually waned. But, it’s that very proliferation of the various avenues for the virtual gathering of pipe enthusiasts – the web pages and blogs, the social media groups, not to mention the wonderful on-line publications, like the one you’re reading – that serves to demonstrate just how strong the desire to share our enthusiasm is. You can lock us in our closets, but you can’t keep us from gathering, one way or another. Today, we have a very rich on-line culture, a world-wide community that thrives despite, or perhaps because of the marginalization of smokers in our society, and the decrease in the number of venues for in-person interaction. It’s perhaps not as satisfying as sitting in a room with others, exchanging fills of our latest tobacco discoveries, showing and telling of our latest pipe acquisitions, or simply bench racing, but, one way or other, we’re determined to express our inherent need to share in a fellowship of smoke with like-minded, thoughtful souls.

We convene in the peace of our respective smoking dens, and discuss the subtleties of grain, shape, drilling, stem materials, or the type and variety of tobacco that "works best" with specific brands or shapes. We can learn about tobaccos we’ve never heard of, and organize "tasting parties." We share photos of our favorite pipes. At the stroke of a few keys, questions can be asked and answered, and opinions traded. In fact, never before has the pipe smoker had so much information so readily at hand.

The internet has given the pipe smoker other boons, as well. Our choices are broader, more varied than ever before. We can view the work of pipe artists from Denmark, Sweden, England, Italy, Czech Republic, Germany, Austria, Russia, Japan, and North America, South Africa, and beyond, and even those makers with the most limited production now have easy access to a global community of collectors who buy and enjoy their work. 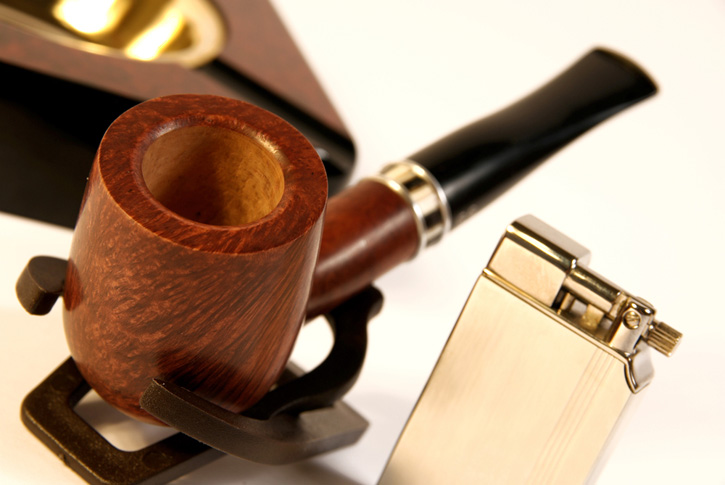 And, while we are often singing sad songs over the departure from the shelves of the great blends of yesterday, all of those that have either disappeared from the market, of have been transmogrified into something now unrecognizable from the original, our tobacco choices, now, have become far more diverse, and less limited than ever before. No longer are we exposed only to blends our local tobacconists chose to stock, or those blended, either skillfully or haphazardly on premises. We now have almost unlimited access to a world of choices unavailable to the smoker only a few decades past.

Things are certainly different today than they were in the 1700s, or the 1940s, and though we may rightly lament the passing of our public rituals of smoke, and fight those who endeavor to deny us our rights, we should also take a few moments to reflect on the positive side of what we have, and to acknowledge the power of the pipe to preserve itself in the lives of its comrades, those who share its joys with others all over the globe.

The culture of the pipe is persistent, and its heart still beats in each of us, though perhaps more abstractly than in times past. We are the stewards of that culture. When we light our pipes and share in our communities, we speak, write, act on the pipe’s behalf. We are its ambassadors, and take any who show interest in our pastime under our collective wing to lead them into the fellowship. Our enthusiasm is contagious, and it’s the sharing of that enthusiasm that gives substance to the abstract, that keeps the culture alive, that makes it real.