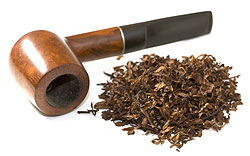 It’s almost universally accepted that different pipes can smoke differently and taste unlike one another. Much talk about wood sources, curing methods, airway diameters, stem funnels and cycles of the moon as they affect the way our favored tobaccos taste can be found scattered all over the Interwebs, and even, occasionally, in the darkened back rooms of our local tobaconnists’ shops.

But, what about pipe shapes? Many of us develop a preference for a certain shape, or at least a family of shapes. When thinking about the influences that lead me to grab a particular pipe in a given situation, it occurred to me, rather late in my career as a pipeman, to question whether my preference for shape is dictated by the way that shape smokes a certain tobacco, or if my taste for that tobacco was cultivated because of the pipe’s shape. (I’m addressing mostly classic shapes, here, with the idea that most examples of any classic will have fairly similar bowl geometries. For modern shapes, it’s what’s bored out of the wood that we’re interested in for the purpose of this discussion.)


Okay, this all may seem a little Lucy in the Sky, but humor my meanderings; my mind heads off in strange and digressive directions sometimes. This whole thought process actually started some years ago when I "discovered," contrary to widely accepted convention, that I really enjoyed the way Virginia flakes tasted in wide bowled pipes, specifically, in this case, a GBD 9493, the large-headed love child of a classic Lovat and a moderate Pot. At the time, I was working with John Gawith to develop my limited edition Stonehenge Flake, and was exploring the final prototype in every conceivable pipe in order to really understand all the nooks and crannies of the tobacco’s inner workings.

According to almost every pipester I’d ever spoken or corresponded with on the subject, "flake pipes" are generally thought of as small bowled, often with tapered chambers. Getting a group of pipe smokers, however carefully selected, to almost universally agree on anything is never an easy thing, so after hearing and reading this repeatedly, I accepted it as one of those incontrovertible truths – like the idea that sandblasted pipes smoke cooler than smooth ones, which, by the way, also just ain’t so, but that’s another topic.

But, when I filled the wide bowl of that pot, the antithesis of a "flake pipe," with Stonehenge, and lit up, bells rang. The flavors practically exploded, and the smoke was fantastic to the very end. 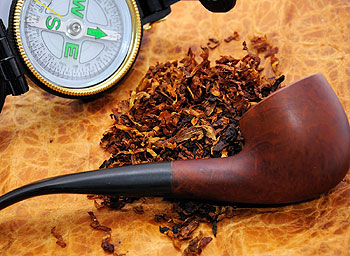 There are plenty of pipemen who will tenaciously cling to convention, insisting that a small, tapered bowl is best for a flake, or that a large pipe is best for mixtures, and on and on. Clearly, each smoker has developed, over the years, his own preferences, and has acclimated to those preferences. I, on the other hand, had never previously been much of a flake smoker, or a smoker of Virginia blends of any sort for that matter, and therefore had very little internal prejudice to influence my preference. I simply was chasing the experience, and for me, that experience was amplified by smoking this particular flake in a large, wide bowl.

Many more experiments were performed, and consistently, for me, most flakes tasted better, sweeter, richer and more intense in wide bowls. So much for convention. And, it begs the question, are different shapes really better for different tobaccos, or might there be something else at play that has resulted in these conventions?

I’ve known quite a few guys who smoke almost nothing but a single shape, whether billiards, dublins, princes, or bulldogs. Their collections comprise variations on a single theme, with very few deviations. (One friend has a whole collection of saddle billiards, all nearly identical in size and shape.) These smokers will insist that theirs is the shape that work best for them, that delivers what they’re after from their tobacco of choice. (Oddly enough, there are people, too, for whom a single tobacco can satisfy, day after day. Not me. Spice of life, and all.) 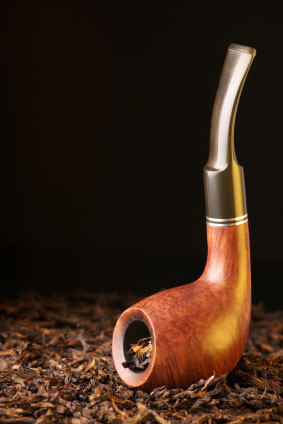 From this, it would seem a short hop to the conclusion that they’ve chosen their pipe shapes based on the way they smoke, but I think this deserves a look from the other side of the glass. Most beginning pipe smokers choose a pipe based on its appearance. This is what they’ll learn with, what they become accustomed to. Just as the foods we’re exposed to in our youth influence our tastes, to some extent, for the rest of our lives, these early pipe experiences can affect, even create the pipe smoker’s tastes.

Perhaps what they end up preferring is a result of the habit of smoking the shape they were originally drawn to for purely aesthetic reasons. If a guy likes, and therefore starts off collecting and smoking princes, he’ll acclimate to the way they smoke, to the flavors they deliver, and that will likely end up being what’s right for him. If he smokes mostly a single type of tobacco in those pipes, he’ll probably ultimately come to think that this is the right combination. Hand him a tall smokestack billiard, or a dublin, with its tapered bowl, and he’s in new territory; it will certainly be different (that’s where we started, right?), and since we tend to be creatures of habit, difference isn’t always a good thing, even when it is arguably better.

But, when we open our minds to new possibilities, those differences can offer up a wonderful adventure. Prior to my GBD pot/Stonehenge experience, I’d been a dedicated small-bowl guy, preferring pipes with a U-shaped bowl of about group-3 to group-4 proportions. It’s what I’d gotten used to, what I liked. Suddenly, there were new possibilities on the horizon. I found myself chasing different shapes, different sizes, and exploring different tobaccos in them. It’s been, and continues to be an amazing journey, and my pipe smoking experience is richer for it. For me, finding those perfect combinations of pipe and tobacco is one of the greatest joys of the pastime.

Going back to the "flake in a small bowl" convention, can we really draw any conclusions about what shapes are best for what tobaccos? Probably not. The fact is, pipe smoking is a deceptively complex system that incorporates both physical and mental components. The tobacco chamber geometry and the design of the airway, the feel of the pipe in the hand, the way the smoker packs and puffs the bowl, mood, and even the weather conditions all have their influence, and relatively small changes can result in a major impact on the final experience. What works for one may be a dismal failure for another. (I’ve often said that if you ask 100 pipe smokers the same question, you’ll get at least 100 different answers, and they’re probably all right.)

The lesson, for me, that began with a single flake/pot experience is simply this: Just because something is traditional, found repeated on the lips of the crowd, or written in the voluminous codex of Conventional Wisdom, doesn’t mean it’s going to be true for you. Break with tradition. Chop that mixture into powder, and smoke it in a clay. Cut your flake into cube-cut. Try something new. There might be something really exciting waiting behind a door you’d never thought to open.