Kansas City Made Me Sick 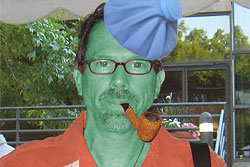 Not really. Actually, it was some joker in the airport who decided to sneeze and cough all over everyone in sight that made me sick. But, it happened in Kansas City, and it made you look.

I’ve been back from the KC show for a few weeks, now, and I am still having wonderful flashbacks from my extended weekend there. It’s true that I spent a full ten days with the most tenacious cough and body-ache inducing case of the flu I’ve ever experienced, something I attribute to the heartiness of the corn-fed mid-western viruses, but it’s mostly behind me, now, I seem to have survived the ordeal adequately, and I certainly am not going to let it dampen the spirit of the show that welcomely accompanied me home. In short, I had a fantastic time. I ate far too much, drank a little too much (or, so I’m told, which may be an indication that it’s actually true), smoked too much and laughed a lot, and when the totting up is done, it was all fully worth it. What follows are a few random observations and experiences of the show. There’s no way I could do a thorough report, as it’s still sort of whirlwind blur swirling in my brain, but Kevin did a great job of that already in his show report, so read it for more reportage.

It’s been a few years since I was able to make it to one of the shows, so how could I refuse when I found myself being skillfully conned into being one of the judges of their annual pipe making contest; such an immense responsibility looming over my head left little room for an escape clause, and when coupled with the fact that the show’s organizers promised me an entourage, armed body guards, and someone "cute" to keep me from opening my wallet too wide when the inescapable temptation of too much too-beautiful briar presented itself to me, how could I refuse? Bodyguards and a geisha!

I’ve subsequently been told that all of that must have been an artifact of my dreamscape, because no one questioned seems willing to admit to ever having promised any such thing. What I did find, however, was a pretty good surrogate, a welcoming group of warm, enthusiastic pipesters, a wonderful time, some great pipes, interesting tobaccos, and a lot of fun.

I arrived at the airport Thursday night at some obscene hour, and was met by Quinton, George and Steve for the ride into town, and the good fellowship started immediately. Somewhere along the way, the topic of single malts arose, and it was clear we were in for a late night. This pretty much set the tone for the rest of the weekend. Quinton was a fabulous host, and I’m in debt to him for his hospitality on the days I didn’t have a hotel room, for allowing me to cook in his kitchen Sunday evening, and for serving as an excellent sous chef and sommelier. 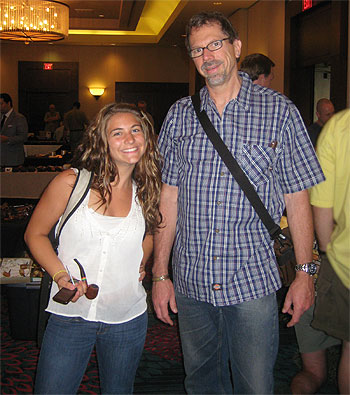 To the show. On a continuum, with the wild, three ring circus extravaganza of the immense Chicagoland Expo on one end, and the small regional shows on the other, the KC show is nestled comfortably somewhere in the middle, with comfortable being the watchword. It’s big enough to be interesting, but not so large as to be exhausting. The club members are warm, welcoming, enthusiastic and active, and they’ve done a fantastic job building and cultivating this show. From the moment I arrived, I just felt as though I belonged there. Big kudos to the club for that.

The pipe making contest was, of course, a high point for me. Judging the entries alongside George Dibos and Tad Gage, two men I consider colleagues and friends, and have deep respect for, was an honor, a delight, and a challenge. There were some amazing pipes, and narrowing the field to those we considered the best seven was far from an easy task., but despite the challenges, we remained mostly civil with each other, and emerged with no broken bones, black eyes or bruised egos. Tad’s wife Cyndi did a fine job helping to keep us organized and on task. There will be more about the contest in an upcoming issue of Pipes & Tobacco Magazine, so keep your eyes open for it. Chuck got great photos of all the entries, and I’m looking forward to seeing them all again, and reading Chuck’s article. A special treat for me was having some time to chat with Joe Nelson, maker of Old Nellie pipes. His work is fantastic, yes, but he’s also a fine luthier, and when I’ve got the opportunity to talk guitars and pipes with someone, time pretty much stops. I’ve been researching an article on the similarities between these two objects of desire, and talking with Joe helped to solidify some thoughts, and, like all good discussions will, resulted in as many new questions as answers.

Anthony Harris, too, offered some brilliant conversation about his time in Asia, SCUBA diving, wood-turning (Anthony makes double chambered pipes with threaded end caps, all hand chased, not to mention his wooden Baccy-Flaps. Anyone who can cut threads in wood with that level of precision, all 100% by hand, deserves more than a few oohs and ahs.)

Of course, it’s always great to spend time with Mike and Mary McNiel, and we had some fine discussions on the state of the industry, and tobacco in general. Sunday, Mike grabbed me to gaze upon and drool over a few museum-quality specimens of very old Dunhill tobaccos. I’ve never seen cutter top tins in such pristine condition. Other than the bulging due to age, they looked like they were made yesterday. Unsurprisingly, I couldn’t convince him to open any of them.

A couple other highlights for me had to do with pipes only peripherally. One of the members of the club, Michael Sull, is a world-renown expert on penmanship and master penman, and I got to spend some time with him on Sunday watching him work, talking about his methods, tools and materials, and scratching the surface of his encyclopedic knowledge of his subject. I bought one of his books, and he inscribed a beautiful dedication to my son.

I spent some time with Kevin Baxter, who rolls a damn fine cigar, and will be launching his new brand, Asylum, at the ICPCR this year. If you’re a cigar lover, keep your eyes on this one. Kevin spent some time with me talking about construction and teaching me a few things about the internal structure of a great cigar and some of the characteristics of different leaf. I feel as though I learned as much about cigars from him in an hour as I have in the past 30 years. 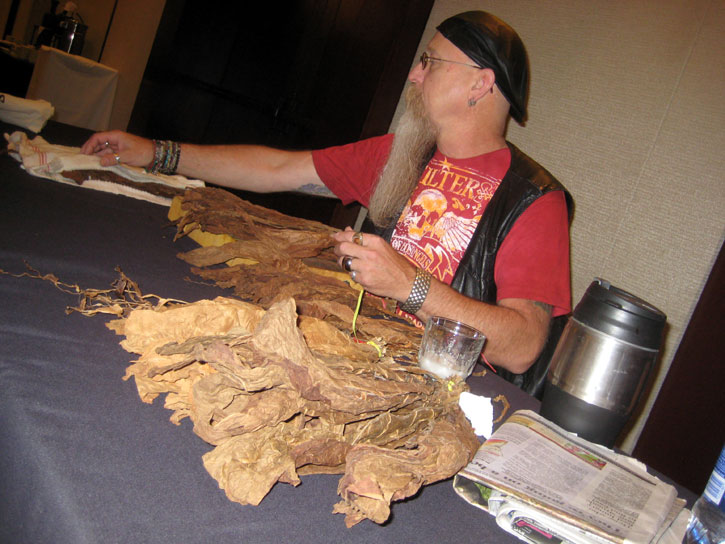 Of course, you can’t go to KC without eating BBQ, and eat I did, in sufficient quantity to render me absolutely useless Monday, forcing me to remain horizontal for most of the day, and to delay my flight home. I believe we consumed most of a cow, a hog, a sheep, a few chickens, a pot full of beans and enough cheesy corn to feed a small country, and more than a few bottles of excellent wine disappeared during the weekend. And, Kevin taught me how, even in a second rate bar, to get a good margarita. (Yes, flattery and flirtation with the attractive bartender was involved.) Was it worth it? That would be yes. 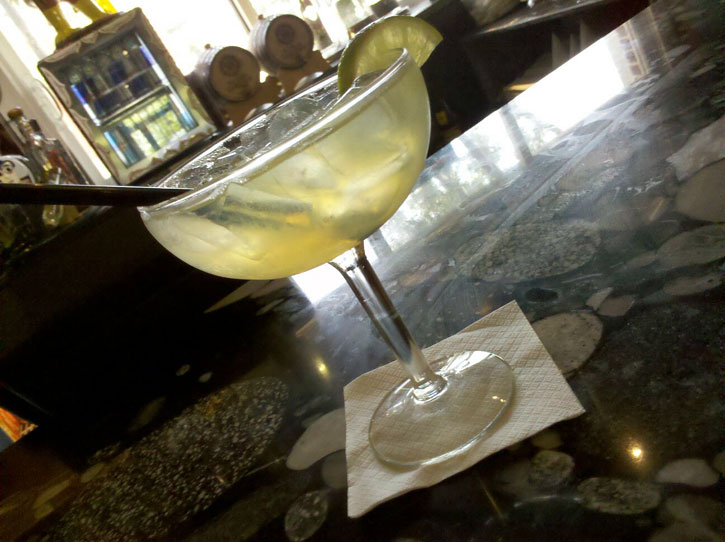 There’s much more, but I’ve gushed on long enough, and so will leave it at this: Overall, my experience in KC was fabulous (my mostly horizontal condition on Monday was my own damn fault). I saw some old friends, and made some new ones, got to meet some people in person that I’ve known virtually for years, fondled lots of nice briar, and just had a great time. If this show has been on your radar, but you’ve not yet gone, I encourage you to do so. You’ll have a wonderful time, meet great people, see great pipes, smoke vintage tobaccos, eat and drink more than you should, and, should you not survive the ordeal, die happy.

I’m looking forward to next year’s. They’ve pretty much sealed my fate in that regard by, once again, cunningly conning me into service as a judge, and also as the speaker at their banquet. This time, I’ll press harder for the entourage, though I’m certain the geisha is out of the question.