Just out of college in 1987, Jeff Packer was looking for a job to hold him over until he could find something "more permanent". He walked into Tinderbox in Tacoma, Washington, and now 25-years later he is still there. As a matter of fact, he owns the place now—and has for the last 15-years. Jeff worked his way up to manager, and then became the franchise owner in 1997. He had not smoked pipes or cigars prior to working at the store, but soon took to the hobby and became well-versed in pipes, tobaccos, and in running a successful retail store.

When asked what his smoke of choice is, he says; "I like to smoke pipes more in the winter, and cigars more in the summer", which is not uncommon for people that smoke both pipes and cigars. As far as pipe tobacco goes, Packer likes to smoke aromatic tobaccos. Two of his favorites are the Tinder Box’s own blends; Wilshire (a Cavendish blend named for the original Tinder Box on Wilshire Blvd.) and Waffle House. 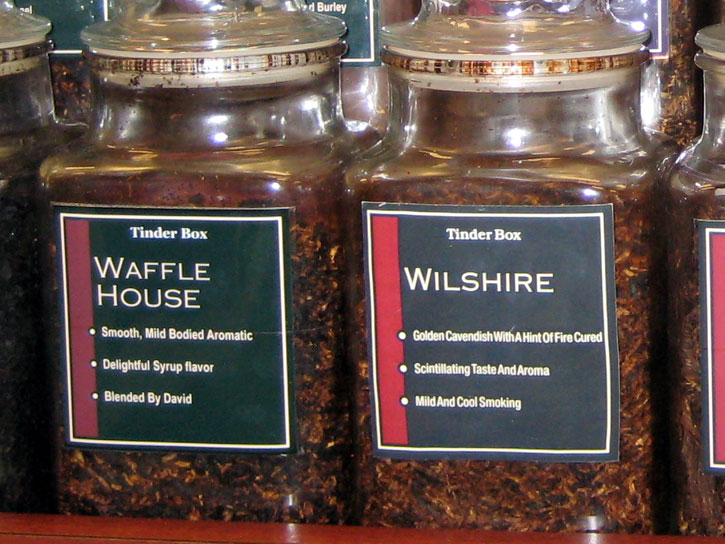 Packer is in agreement with statistics and others in the pipe business that the market is growing. Even though many in the business have discussed the new influx of younger adults in the past few years, Packer states that his pipe business is on the rise throughout all age brackets. He has young adults, middle-aged, and more mature customers buying pipes and tobaccos. Some of his new customers also include former cigarette smokers switching to the pipe for a healthier alternative, and women as well.

As far as sales trends in pipes, the "traditional half bent is still the most popular". He sells more smooth finishes, and most of his sales are in the price range of $30-$60. The pipe inventory overall ranges in price from $30 to $125, and there are one or two pipes in the $300 area. There are 65 bulk tobacco house blends, along with a few blending tobaccos and a small selection of national brand name tins, which brings their selection to about 100 different pipe tobaccos. The store sells more aromatic tobaccos, which represent 80% of the overall tobacco sales.

A longtime customer of Tinder Box, Greg Mitchell, has been shopping here for over ten years—the entire time he has been a pipe smoker, and he only buys his pipe tobacco from Tinder Box. He evangelizes at length about the superior quality of Tinder Box tobaccos.

If you are in the Tacoma or Seattle area, be sure to make time to visit the Tinder Box store. You will find an impressive selection of pipes and tobaccos, and quite knowledgeable staff that has been working there for ten years. That alone says something about the management of the business and quality of service.