Ed: any pics of the Chocolate Lab for us?

I really appreciate all the responses I have gotten from my original post. I have been amazed at the kindness exhibited by so many. Being new to pipe smoking I had no idea the sense of community that pipe smokers feel for one another. I have taken this positive vibe to heart and sought out a local pipe club here in the jacksonville area. By great luck there is a brand new one that will have their first ever meeting on the 24th. Amazing how sometimes small things fall in to place. Thank you all!!

Agh, now if I dont post about myself I'll be the odd man out (haha)
I'm 19, happily single, and living in Minnesota with my dad and his girlfriend (by choice, not necesity. I pay my fair share) and my parrot. I operate machinery that makes computer chips for a living. Not exciting work, but i can pay my bills and have a little extra for my various hobbies and gas for my cadillac. That's it really, no real accomplishments or aspirations. Just trying to enjoy life.

Pics of the Cadillac?

Well, ive been mulling this over in my head for awhile now. Ill give it a shot!
Im Ed Harrison, 48 years old, married 18 years now with 4 kids, 3 boys and 1 girl, the youngest being 17.

I was born in Lakeland Florida and currently live in Haines City Florida....almost full circle!

Ive been a soldier , pirate, mechanic and an "electronic security/surveillance" hack.Iv lived all over the United States, Canada , Africa, Middle East and Europe.

I started college in my younger days but never finished. I quickly learned that academia isnt the open-minded exchange of ideas and knowledge that I had been lead to believe it was.This isnt to say that I gave up on education entirely, but instead pursued a curriculum of my own design and have made it a point to be as well-read and well- traveled as I can possibly be. Tom Sawyer with a slightly better boat.

I have just recently been "forcedly retired" which may eventually be an action that polite society could conceivably regret....a Bohemian with more time than money ,a bottle of rum and a computer!

Shes obviously a saint because she hasnt once in 18 years attempted to smother me in my sleep. She is also 7 years younger than myself, blonde and endowed by her creator to a very pleasing degree. This is good.

Ah, one more thing before Kevin decides that my hedonistic ways are too much for this forum............I firmly believe that the phrase " I am certain" is the greatest lie ever uttered and should be stricken from the English language. Of course, I reserve the right to be just as hypocritical as I feel is necessary.

If you don't post pics of your parrot, Hobie will ask.
:mrgreen:

Just posted one under pets Hobie.

"I am certain" that I like fried parrot. :D

It's a little scratched in places. some of the trim's peeling. I was able to afford it that way. 153k miles. Couldn't ask for anything else though. Interior is also burgundy.
Also: parrot

nice parrot and Cadillac..thanks for the pics :clap:

OK, I'll tell a little about myself. My name is John Fruhmann, I'll be 59 in April. Married to a wonderful woman for over 27 years and we have a 25 year-old daughter who is a Temple Univ. grad and now teaches in Royerford,Pa.

I was born and raised in Cliton, NJ (12 miles from NYC) and went to William Patterson Univ for my BA in Economics and got my MBA in Finance from Fairleigh Dickenson Univ.

We moved to Bethlehem, Pa 18 years ago and I retired 3 years ago from a company I spent 33 years, 4 months and 15 days with(yes, I counted) as Director of Sales.

I'm a musician, primarily guitar and piano. I have 28 guitars, 10 amps, banjos, couple of keyboards, etc. I currently teach guitar at our local community center and play in a neighborhood garage band caleed FFOGG (Frustrated Fat Old Guys with Guts). Mostly classic rock but I prefer to play jazz when I'm alone.

Started smoking a pipe in college (1970) and switch between pipes and cigars on any given day.

Because I have the luxury of not having a schedule I tend to hang around the loacl B&M 4-5 days a week 3-4 hours at a clip.

Last fall I bought a 1977 MGB ( I had a '67 B in college) and I drive around the back roads here in the beautiful Lehigh Valley whenever the weather allows. Top down and pipe going.

I found this forum last summer and enjoy it immensely. Great folks and entertaining stories along with an abundance of knowledge in many areas.

I too have noticed an uptick in the pipe hobby among younger people and I think it is great.

So, welcome to the new members. Jump in and enjoy. I'm sure that you'll find this to be among your favorite sited to visit. 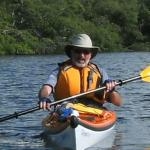 Thanks for the bio, pipeguy. I just turned 60 in November but retirement isn't even on my radar. I'm a Marriage and Family Therapist in Palm Beach Gardens, FL. I love my work, but envy the freedom you describe (and the MGB). We share a love of the guitar (I have three) and play every Sunday at church. We started smoking pipes at about the same time, around 1970 and, but for a few misguided years of cigarette smoking in the 80's, have exclusively smoked the pipe. I still have most of those original works of art and keep them in my office as a chronicle of the past 40 years. Time does pass. It's good to know you, sir.

John: We will need a picture of the MGB :wink:

I'd love to get my hands on a mid to late sixties Triumph. Had a couple as a kid and loved them.

The amazing thing about my MG is that in the 6 months I've had it I have not had to add one ounce of oil. When I had my '67 B I carried around a case of oil in the trunk.
As far as pictures go, I've tried every way to post with no luck. I've read the intructions 20 times. Guess I just don't have the touch.
Arthur, look for a nice TR-6. They're still "reasonably" priced and parts are readily available from multiple sources. I'm sorry I waited as long as I have but its never too late to enjoy open top driving with streams of pipe smoke trailing behind you.

Driving a vintage car is nice. You'd be surprised by the number people who smile and wave as you drive by. You can see the envy in the eyes of other drivers, especially the ones driving family vans.