The only goal that matters is the last one and the Hawks got it and a skate with the Cup. Sometimes the best team on paper doesn't win. The Hawks won the Presidents trophy and the Stanley Cup so the best team in the league won and that is that.

All I'll say is they didn't deserve it.

Since when was hockey about who was technically the best and played the cleanest? It's about who pushed harder to WIN no matter how that's accomplished. Both teams played well and while I agree Boston had some great forechecking and technical play they couldn't finish and that's the point of the game! I also agree Crawford is not even close to the best goalie in the league but to be honest Rasks glove hand kinda sucks. Like I said before great hockey and that's all that matters to me.

Boston looked tired and slow to me last night. I guess Chicago's young legs wanted it more. I got a chuckle from the player hoisting the cup who kept yelling the f-word with the cup hoisted...

Oh, you must be soooo miserable, lordofthepiperings. :rofl:
Cheer up! Boston will get another shot at the Hawks next season. :lol:

Huge Bump!!!
Since there wasn't a year in this title thread, I thought I'd bump this and see how everyone is feeling about this year's playoffs? Are we going to see a Bruins/Hawks rematch? I sure hope so since that would mean Montreal loses this round, which is all I have left to hope for this season...
Thoughts?

Are we going to see a Bruins/Hawks rematch? I sure hope so since that would mean Montreal loses this round, which is all I have left to hope for this season...
Thoughts?
Click to expand...

Do you mean that as in you're hoping Montreal loses? Because if you are, then we have a problem sir. I cheered for Boston over Vancouver a few years ago, but as a Canadian the Montreal Canadiens are team Canada to me. I'm hoping the Montreal/Boston series is at least a good nail biting fight to the finish. Of course I'd love to see them eliminate Boston but I don't get my hopes too high with the Canadiens. Still it would be nice for them to bring the cup back to Canada.

After all of the diving, cheap shotting, and horrible goaltending from Chicago in that series I can't congratulate them. I will congratulate Boston on one hell of a season though. If any team deserved the Cup it was definitely that one. BOSTON STRONG!
Click to expand...

2 words, Jonathon Toews, hometown boy. I was glad to see the hawks win because of the Winnipeg connection.

Honestly for team pride its one thing but not to like a certain isnt cool seeing as most teams have a Canadian in them anyways lol. Im a penguins fan myself and we have i think 4 or 5 on our team and some even went to the Canadian Olympic team.

Sorry Andrew, I totally want Montreal to lose. I don't want to see any Canadian team, outside of my Senators, win the Cup. Ever. I was thankful that Ottawa beat the Habs last year, but doubly thankful it finally kicked up a good rivalry with them. I also generally don't 'cheer' for any team within the division, but in this case I'll make an exception.
We can get TSN Montreal** on the radio here, and the day after a Canadiens loss it's always comedy of the highest order. I highly recommend tuning it in over the 'net if you want some cheap entertainment. I
**I don't hold Ottawa sports radio in the highest regard either, mind you...

Well, it looks like the Penguins have finally woke up, as I feared. I think Crosby even scored a goal last night.

On the other hand, everyone looks vulnerable at this point, so hopefully the finals will be competitive.

5 games in 7 nights was tough for the Rangers. You will see a different team tomorrow night. Maybe even a PPG.

Been a really interesting playoffs so far. A lot of 2 goal leads blown. A lot of bad calls from the refs as well. Not too many surprises so far.
Right now it's looking like it might just be a rematch of Hawks-Bruins. I'd love it.
Feel bad for the Rangers. 6 games in 9 days. Wednesday it'll be 7 in 11. King Henrik is still playing solid though, 2.08 GAA and .922 SVP. Forwards are just too tired to pressure or play defense.
Can't believe the Kings. Lose 3 straight and go on a 6 game win streak. I'm pullin' for the Ducks in that one. I'd love to see Teemu get one more Cup.
Bruins-Habs has been a good one so far. Tied up heading to Montreal.
Chicago seems to be running on all cylinders. I think Minnesota will fair better this evening though, home ice and all.

Well, it looks like Boston has NOT figured out Carey Price, heading into the 3rd.. 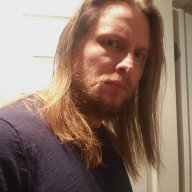 I'm an Avalanche fan, so it was great to see a solid season out of them ... been too long. Unfortunately it came to an end, but it was a really good season that gives us fans all hope that things are going to be better again.
So with the Avs out I am back to pulling for the B's as per usual. Too bad they are not playing a very good series against the Habs.

The Bruins just need to get a decent start for a change. Can't expect to win too often when having to come back from three goals in the third.
This is a very experienced and highly talented team with the deepest roster in the game and arguably the best goalie in the game today. I'm pretty confident they'll right the ship and get the win in Game 4 and have it all tied up going back to Boston on Saturday.
I take nothing away from the Habs though. They've played a really good series so far. I think this one is going seven games.
Congrats to the Wild on the shut out win over the Hakws 4-0 tonight. Way to rebound Minny! Xcel is probably one of the hardest buildings for a visiting team to get a win in.

I listen to XM's NHL channel. I heard yesterday that the Blackhawks have never won their first away game of a series, it held up again last night. I just saw the Pens/Rangers score,the Rangers choked again it appears.

Rangers are just exhausted. Seven games in eleven days now. I get that they're professional athletes and they're supposed to be in insane shape and all, but that's a lot of games to be played in a short amount of time. I think they pretty much threw in the towel after losing Game 3. The only one that's still playing and playing well is Lundqvist. It's not impossible, the Kings came back from down 3-0, but I don't see them moving on the Conference Finals.

Okay Montreal, you beat my Bruins. Good on ya. Moving on the ECF to face the Rangers. Congratulations. I still don't respect you. When you guys quit whining to the media about being disrespected and just play hockey then I'll respect you.
Rangers beat the Pens and moved on to the ECF. So glad for them. St. Louis is a hell of a guy and it was good to see his teammates rally around him in such a time. Now that my Bruins are out I'm hoping the Rangers win it for her.
Hawks got the lucky bounce and Patty Kane was "showtime" putting it home. I had a feeling he'd have a huge playoffs to make up for Sochi. On to the WCF for them. Congrats.
Hoping the Ducks end up winning Game 7 tomorrow night against the Kings. I'd like to see the Ducks win the Cup and give Selanne the Disney ending to his career it deserves.
As for Boston and the offseason, I don't think there'll be too much moving. Thornton, Caron, Meszaros, Bartkowski, and Johnson probably won't be back. I'm sure Iggy, Smitty, and Freddie will be resigned. Bourque didn't win his Cup until his second season in Colorado. Hoping the same rings true for Iginla and the Bruins

Game 7's are always fun and those did not disappoint. Seeing the Pens bounced is always a delight to Caps fans. Now they, like the Caps, have a lot of answers to find in the off-season.
It's tough to make a prediction as to who will make the finals, much less take the cup.