Has Forums Gone Budget On Pipes?

Some member mentioned in a post that they felt Forums had leaned toward less expensive pipes over the years. That might be partly my fault, in a small way. I do remember, when I joined in 2013, nearly every day a different $600 to $800 and up artisan pipe appeared in a post, beautiful briars and Meerschaum, shown by members like Peck, Harris, fish'n'banjo, foggy mountain, and others. I thought i was still seeing those, if not from the same people, grand estate factory pipes and examples from the masters, recently including from a woman who seemed to be cornering the market in high end pipes daily.

I think Forums has a good balance of low to high end (priced) pipes and still shows off plenty of the finer pipes of life. Or has Forums veered way into the budget column? What do you think?
Reactions: umbrella001, ClenchedBilliard, kcghost and 10 others
P

It's a good point, and worthy of discussion. I have noticed on forums (not necessarily this one) that postings of expensive, fancy, and highly desirable material objects can elicit scornful and derisive comments from envious participants. I have been victim of this myself, but not on this forum. But being bitten once can cause one to think twice about displaying the prides of one's collection. I'm glad that there are many with thicker skins than I.
A sign of the times, I think.
Reactions: WildTurkeySurprise, JOHN72, CoffeeAndBourbon and 8 others

I had not really noticed this trend...I think you are just the master of brainstorming slightly new forum topics for us to discuss @mso489!
I will smoke a bowl this morning in honour of your prolific thread starting abilities...
Reactions: PipeIT, Streeper541, edger and 9 others

I just haven’t seen many of the high end posts… not as often as it used to be.
Reactions: Bengel, JOHN72, CoffeeAndBourbon and 4 others 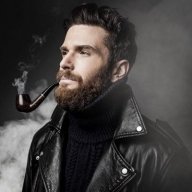 I collect and do post some of my acquisitions, but not all of them. It just feels weird, like bragging. I only post them if they are exciting to me or if anyone asks about an Artisan I might have in my collection.

I remember when I first joined this forum, I spent hours and hours going over old posts from the aforementioned Legends (and others) drooling over their pipes. I even bought some from 3 of the 4 mentioned.

I love looking at the pipes people post on this forum, be it a New Rossi or an ancient Barling, and appreciate the friendships I have built here through admiring their pipes.
Reactions: PipeIT, JimInks, Toast and 10 others

I think there's a fair amount of people on here that criticize the higher end pipes so people are more reluctant to show them off than they used to be.
Reactions: JOHN72, gervais, clickklick and 6 others 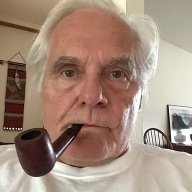 I’m just a prole who has never spent over $100 dollars for a pipe but it has never cramped my style.
Reactions: Paul lec, sandollars, JOHN72 and 8 others 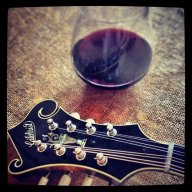 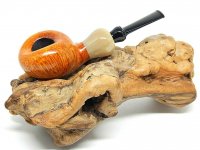 A recent estate acquisition. Carved by Abe Herbaugh. It is his Crane Grade, his highest for smooth pipes. The most I've spent on a single pipe....so far. This purchase lead to a commission from him. So more to come...

Pic is from the original eBay posting.
Reactions: Paul lec, sandollars, JOHN72 and 21 others 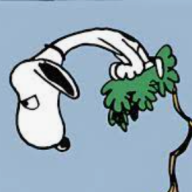 cosmicfolklore said:
I just haven’t seen many of the high end posts… not as often as it used to be.
Click to expand...

Me either - most have been barely readable.

I haven't noticed people giving others hell about high-priced pipes (on any forum), but I believe most realize that you can't judge anyone by the things they spend 'too much' money on, as we each have our weaknesses that seem absurd to others. If you're smoking a $500 pipe and your daughter complains about tuition money, just remind her that it isn't that hard to dance around a pole.
Reactions: sandollars, JOHN72, scout19d3 and 9 others

sandollars said:
I collect and do post some of my acquisitions, but not all of them. It just feels weird, like bragging. I only post them if they are exciting to me or if anyone asks about an Artisan I might have in my collection.
Click to expand...

Yep.
This is much more prevalent on IG where photos are the main idea.

There's a couple guys I started following a few years ago - they seem to post up new (medium to super high $) acquisitions every other day.
On one hand I get it, but after a while it does begin feeling like "showing off".
I'm sure there's some jealousy sprinkled in there but damn get a life lol.
Reactions: JOHN72, CoffeeAndBourbon, Puffaluffaguss and 2 others

I'm not sure of what the latest trend may be.

I have noticed dwindling availability of certain pipes, including estates, on the market. I'm not sure if this has lead to increased prices as well but prices do seem to have creeped up. It's almost as if there has been "panic buying" of certain pipes (especially at auction).
Reactions: JOHN72, CoffeeAndBourbon, mso489 and 1 other person
R

IMO, pipe carving is an art, and I enjoy it more than any other traditional art form. I post my pipes to share with others who also enjoy pipes. What’s the purpose of a pipe forum if people don’t post pipe photos?
Reactions: JOHN72, edger, CoffeeAndBourbon and 9 others

I have on occasions taken up for lower-end factory pipes and other pipes at the lower price levels, but at the same time I have mentioned my higher end pipes and said how glad I am to have them.

I have never hesitated to admire some artisan master works and to single out particular aspects that make them unique and desirable beyond just the price and name recognition of the carver.

I'd hate to think that because I appreciate some of the virtues of quality pipes at low prices I'm shouldering out presentation of some of the most elegant pipes of Forums members. Just a word of encouragement to high-end pipe owners.
Reactions: kcghost, edger, JOHN72 and 4 others
O

bluegrassbrian said:
There's a couple guys I started following a few years ago - they seem to post up new (medium to super high $) acquisitions every other day.
On one hand I get it, but after a while it does begin feeling like "showing off".
Click to expand...

There is an element of "showing off" to be sure

When I discovered this Forums a few years back, it was the photos of pipes that members (Peck, fishnbanjo, Kashmir, foggy mountain, klause, mark achtman, Jesse, Al Jones to name a few) would share that really enthused and inspired me.

By posting pics of my pipes, I am hoping to do the same for the newer members or lurkers (I was one for some years).

These things are cyclical. And maybe seems maybe less to do with forum and age of members. Like when you're retired spending more on a pipe makes more sense. Since you'll have more time to enjoy it or something like that. Most of my pipes I bring to work and if I was retired I'd feel better about spending the money on a pipe I can enjoy more often at home or around the neighborhood. But you could just as easily ask about what types of pants the girls are wearing these days and why.
Reactions: mso489, JOHN72, Puff nstuff and 1 other person

I don't show off acquisitions as there is no point in it, that I can see. Further, why in the world would anyone have an interest in what I spend on a pipe. So, unless one is touting a maker or simply showing off an acquisition why post pictures of such. Now, photos of possible defects/repairs or for help in identifying, that I understand.

Then there are the envious/jealous members who must iterate and then, reiterate their opinion that moneys are wasted on "high end" pipes. A position of pure "tommy rot". It's akin to asking what the members think of a purchase and then taking umbrage when someone writes, "It's ugly." Why ask if you don't want the unvarnished opinion.

Others opinions simply do not matter to me. For, the life of me I can't fathom why others would care what I buy or smoke. I select a purchase on criteria I've often posted and what others think is not not one of them.
Reactions: Jack the ripper, sandollars, mso489 and 5 others

I think that's a great question.

For all my hobbies I've been on the budget end of things. There have been a good mix of guys like me and higher spenders to mix things up on this forum.
Reactions: edger, mso489, CoffeeAndBourbon and 4 others

warren said:
Others opinions simply do not matter to me. For, the life of me I can't fathom why others would care what I buy or smoke. I select a purchase on criteria I've often posted and what others think is not not one of them.
Click to expand...

We care. I'm sad at the moment, thinking that we're not as tight as I thought we were

Just kidding - I'm only interested in your crazy thoughts, such as the one above. It's entertaining.
Reactions: CoffeeAndBourbon

Those are the numbers I'm going with.
Reactions: captainsousie, JimInks, Streeper541 and 15 others 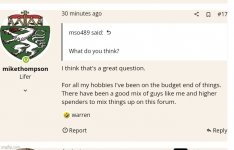