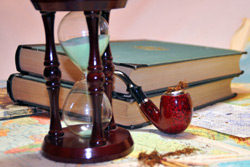 As I reflect upon our current condition, meaning the fraternity of pipe tobacco smokers, I am concerned that we are running out of sanctuaries, and that we are in some sort of middle earth of dragons and awful flying things. I fear that we will be overcome.

Recently (July 13, 2014), I watched CNN’s re-run of its news feature by Dr. Sanjay Gupta on Weed. I missed the first episode and decided to tune-in to this re-run.

Now, I did not just ride in on the turnip truck, but I was stunned to learn from the piece that the federal government owns a patent on marijuana. Did you know that? Why didn’t you tell me?

That would be the very same weed the government says is not medicinal and is dangerously addictive.

So with one hand, the feds are hedging their bets on marijuana, preventing serious research into the plant that can help extremely afflicted children and adults. On the other hand, they will arrest you for having the same drug in your possession in some states.

What is going on here?

I see this as a perfect tobacco vortex. I know, tobacco has nothing in common with marijuana or vortexes, but from my perspective, it really does. Both plants are under the thumb of the Food and Drug Administration, as well as other federal agencies.

Why would the feds have not one patent, as Gupta says, but four (see Dr. William Courtney’s "Cannabis International") on marijuana, a plant that is not only addictive but can get you arrested?

Mayhaps it has something to do with money? 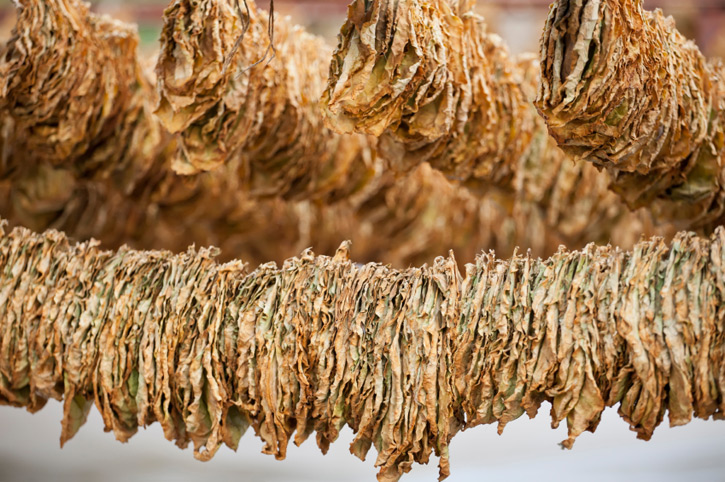 The FDA is an enormous bureaucracy that can either speed something through the molasses-like process or drag its feet like a herd of elephants.

Now medical marijuana is gaining support across the nation, while at the same time, stronger and stronger pot plants are being sold. We know, according to the science, that strong pot is addictive and not good for the lungs or brains. See innumerable photos of "your brains on pot."

This is where I strike off on my own for a bit. One of the overriding thoughts throughout Gupta’s piece was that in many cases, pot was "relaxing." Many of the patients he interviewed said the high-octane pot zipped them up and out and relaxed them from their pain, tremors, jerks, thoughts, etc.

My pipe has a similar effect on me, only I, uh, don’t have to inhale to get that sort of response.

The FDA now is bringing the sledgehammer down on tobacco products. See Pipes and Cigars excellent work on what the FDA hopes to pull off soon. Then, sign the petition in an effort to convey more sanity to the issue.

I also encourage you to support your local tobacconists, the B&Ms as we often refer to them. Without the B&Ms and the online outlets, our days of wine and tobacco will be over.

And if you think these venues will be around forever, you are not familiar enough with how the FDA works. First falls the hammer, then the wrecking cranes to demolish such structures.

My thinking is that the B&Ms are our first line of defense. If the FDA can severely limit products in the B&Ms, it will be much easier to be heavy-handed with online retailers. Another of Congress’s laws signed by a president can get that job done.

Okay, so it might not be as easy as it sounds to ram something through Congress. I am not an optimist on this subject, however. I come from the media side of this thing and see life not through rosy lenses, but from a very dark pair of sunglasses.

Recall Pipe Pundit Mantra No. 1—Remember the golden rule: He who has the gold, writes the rule.

If the FDA can dismantle the B&Ms, or so cripple them with regulations and paperwork, then our lives will be much more difficult when it comes to purchasing pipe tobacco: a limit on production and ever-increasing taxes come to mind first. Again, please see Pipes and Cigars web site for the complete lowdown.

Anything produced or created before 2007 will be grandfathered in, so the FDA says. Anything after 2007 will have to be rigorously tested and verified. This will cost tens-of-thousands and put hundreds out of work.

I have already written about the worries of two tobacco shop owners who fear more federal regulations will walk deeper into their business operation and wreck what’s left of their shops.

I hope to add some online retailers to this conversation soon.

But until then, I’d like to leave you with some Pipe Pundit personal thoughts On Tobacco:

There is something historically wrong when a government ceases to be of the people, by the people and for the people.

I have given much thought to smoking. I try not to get too far into the subject before I light my pipe. 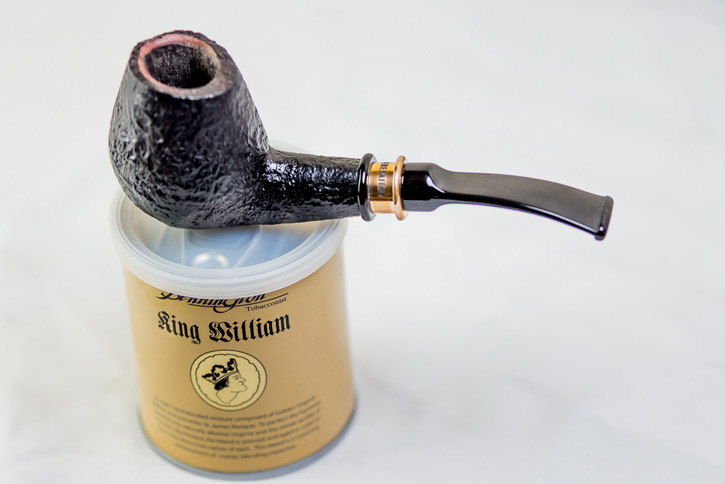 I am not an optimist. Neither am I a pessimist. I am a pipe smoker, which puts me somewhere in between these two conditions.

The problem with tobacco today is that there is not enough tobacco and too much government.

You know that something really bad has happened in America when it is all right to smoke rocket-fuel marijuana, which has been classified a hallucinogen, and not okay to smoke tobacco.

When I light up my pipe, I feel connected to the ages.

Have you ever seen anyone intoxicated on tobacco? Or arrested for driving under the influence of tobacco?

Is there a difference between pot and tobacco? Yes, despite the fact that both are plants, tobacco helps you to recite poetry and marijuana makes you believe you are poetry.

Say, did you see on the news the other night that a CDC lab lost control of some old smallpox vials, plus other very bad killer bugs? Would that be something if one of the world’s worst viruses got loose and . . . Wait, that was under the protection of a controlled federal lab, right!

If I choose (optimal phrasing here) to smoke a pipe and you do not, does that make me a lesser person? Would you confront Einstein on his choice of smoking a pipe? Would you ask Edwin Hubble why he preferred pipe tobacco on black, starry nights? Would you query C.S. Lewis or J.R.R. Tolkien just why they enjoyed each other’s company and pipes, while writing some of the greatest literature the world has ever known?

I assume these very brainy types had heard of the evils of smoking in their lifetimes!

And now I will leave you with my personal hero, Sir Winston Churchill. He was a journalist before he was a soldier/statesman. Here are some of his words:

A fanatic is one who can’t change his mind and won’t change the subject.

If newspapers write that we need to give up smoking, I’d rather give up reading.