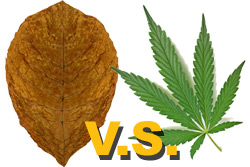 What a whacky world we live in. Just in case you missed it, citizens in Denver, the Mile-High City (no longer measured in altitude but in post pot party levitation), have voted to allow patrons to partake of marijuana in restaurants and bars.

The new law as it unfolds is a bit confusing, and news headlines were sketchy as well on how the pot-to-pub resurrection works. Several accounts actually said pot could be smoked in bars and restaurants. While other news outlets mentioned that one would have to go to designated marijuana areas to light up a doobie far away from pot-free patrons.

Oh, and Colorado, as well as other pot-participating states, are eager to offer "pot clubs," where you can stop off before or after work at whip out a joint and light ‘er up.

A doobie here and a doobie there and pretty soon you’ll have a real pot party going on.

Is it just me or does something not ring quite right here? Why all this new, cozy schmoozing of pot in public places?

Didn’t we just go through that little dance with the no-smoking zealots? Tobacco users were driven to the edges, the margins of society by the ultra-anti-tobacco extremists. And now here they are welcoming marijuana smokers with open arms.

Oh, heavens to Betsy. Could it be the anti-tobacco evangelists are pot smokers?

Wait a minute. The fanatics were out to save the children from all that smoke, right? Second-hand. Third-hand. You know the drill. Then along came electronic cigarettes and federal crusaders decided to just lump everything related to tobacco into the dust bin of history. Get rid of it.

And now it seems as if the antis are dancing in the streets and winking at regulations concerning marijuana as the new federal regulations march on toward becoming the iron law for tobacco-related products.

Oh, silly me. This is marijuana. That’s right. Marijuana is different. You can pull a BC (Bill Clinton) and "not inhale." I should have known there was something more cerebral about marijuana.

Look, I’m not spoiling for a fight. Goodness knows pipe smokers have enough troubles to take on something else. I mean, our entire way of life (yes, pipe smoking is a way of life) is on the line here with new federal regulations.

My hope is that the next guy in the White House will have some new thoughts about all this, take one look at the ginormous over-reach of the Food and Drug Administration on pipe tobacco and add tobacco regulations to his to-do list in his first 100 days.

My one question before moving on to happier thoughts, is how can the federal government on one hand allow marijuana to be allowed in bars and restaurants and keep tobacco out? 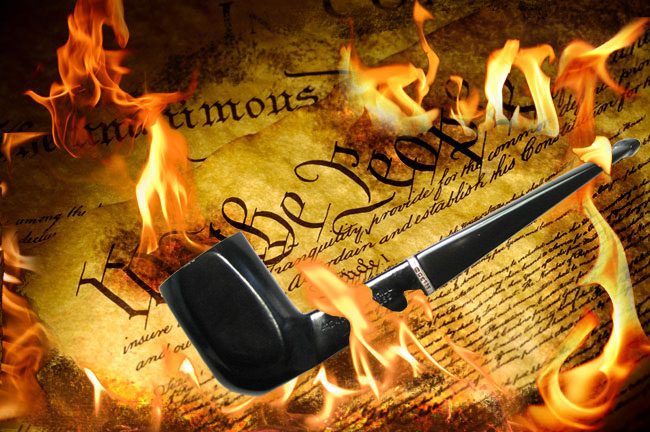 Well, yeah, but I mean, tobacco and marijuana are cousins of a sort. They are both planted and grown in rich soil, cultivated, harvested and prepared properly before being smoked.

Although they are different in many ways, of course, both are ignited for pleasure. Amiright?

All right, I know you can eat marijuana as well, but what we are talking here is the old-fashioned way of doing things.

Ok, now for the promised ring-a-dingy happier moments. Christmas is almost upon us. Yes, Virginia, that’s a good thing, especially if the Virginia is filling up a new pipe.

Have you seen some of the new Christmas pipes? And the last time I looked, special blends of holiday tobaccos were flying in as if by reindeer.

Isn’t this just the greatest time of the year for pipe smokers? I mean, other than a birthday, Christmas is a pipe-lover’s dream. Even your wife and kids can find excitement about getting dad a new pipe and some of his favorite tobacco for Christmas. Maybe even get him a new lighter and a cigar or two to go with the new pipe and tobacco.

See how happy this can be?

Have you ever seen so many great looking pipes popping up on online retail pipe sites?

Some of these babies are just gorgeous. Of course, many of the artisan pipes are priced out of my pay grade, but I suspect some of you have much deeper pockets than mine.

Some new and wonderful pipe tobacco blends are also about. Old-time names are showing up. I know, I know, they aren’t the same as the originals.

How could they be? The earth is different than it was 50 years ago. You are, too. So, be grateful that pipe tobacco manufacturers are taking an interest in returning some of the iconic names to us.

If the new blends don’t meet your standards of taste and such, then move on to another. 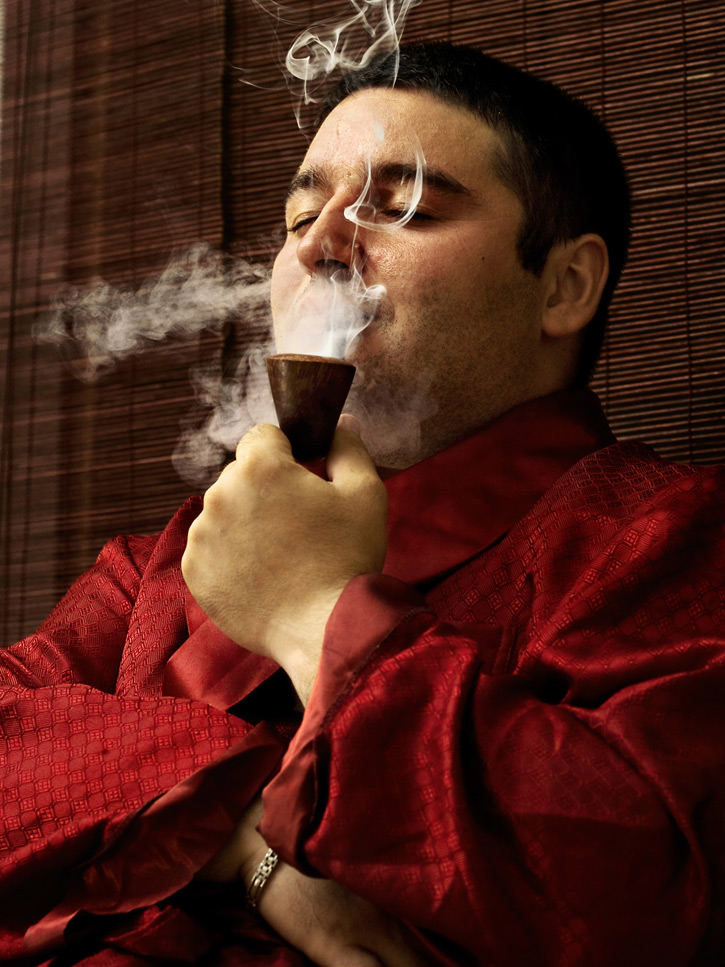 Me, I’m happy as a clam to be able to even get close to some of those old tobacco blends, even in just name only.

Now, in the spirit of the times, let’s all settle back, read a little Dickens, light up a bowl and relax.

‘Tis the season, and though I might be a bit of a bah and humbug about all the doodads that go with Christmas, I do love those new Christmas tobacco blends that come sailing in. And the tin art is amazing as well. It is just that, art.

Here’s to a Merry Christmas to every pipe smoker out there. I hope you get the pipe of your dreams and enough tobacco to fill in the blanks of your cellar.

This has been a tough year for the pipe-smoking world. I’m looking forward to better months than these last ones have been.

And, who knows, maybe we pipe smokers will be allowed to join the gaiety in the pot pubs with marijuana smokers in a brave new world.

See what can happen when you light up your pipe with tobacco instead of "weed."

Well, okay, we won’t go there. Pipes and tobacco really do bring out our better selves.

And here’s to the season, and may all you pipe dreams come true this new year.