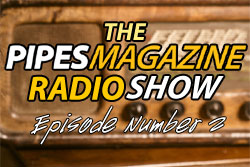 It’s a pleasure to bring you the 2nd episode of the Pipes Magazine Radio Show starring Brian Levine. This second show will have our first interview. We’ve already had requests for pipe maker interviews, so we decided to fulfill those requests by making the first interview with Canadian pipe maker Michael Parks. Brian also discusses the differences in factory pipes, artisan pipes, and high grades. Just what is the difference between an artisan pipe and a high grade? Listen to the show to find out.

In this episode, you’ll also find out how a Britney Spears song can be transformed into something that is actually cool and not too bad to listen to.

Finally, Brian ranks on Ikea, but also discovers a fun new place to smoke a pipe and be entertained.

We hope you enjoy our 45-minute show produced just for you—the pipe smoker and collector. The following link will launch a pop-up player (it works in Internet Explorer now). Alternatively, you can download the show in iTunes after the initial broadcast is complete here. 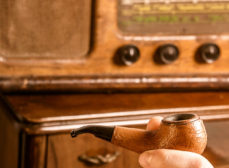