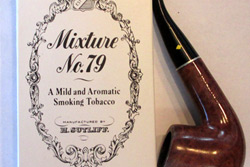 Every time I go to a pipe show, I come away with new information, or, at least, a new perspective on a subject. Since the Chicagoland Pipe and Tobacciana Show is so large, and I get to speak to so many people, it usually takes me a little while to digest everything I’ve absorbed. This year, the traffic was so heavy, and I had the chance to meet and get reacquainted with such a high volume of people, it took an especially long time to catalog all the things I found interesting.

My angle on the overall pipe smoking market is much broader than most of the hobbyists, because we sell to the masses. So when one of the folks who stopped by our tables asked me a simple question, I got a real picture of what the enthusiasts think of pipe smoking versus the entire market.

What he asked me was – “So, what percentage of pipe smokers smoke aromatics? 30 to 50 percent?” I told him that according to our sales figures, it’s more like 90 to 95 percent, he looked shocked. I mean, jaw-droppingly, eye-poppingly stunned.

What this points out to me is that there’s a certain segment of the hobbyist side who aren’t aware that the “pipe smoking community”, those who frequent the forums, visit the blogs and attend pipe shows, are a small subset of the pipe smoking whole, which is, itself, a tiny piece of society in general. It’s easy to see why someone might take that viewpoint, though. Standing on the floor of the show on a Saturday afternoon, you could look around and see more than 300 tables of vendors, with attendees at virtually every one. So, it would surprise a lot of the people in the room to find out that there are probably about 1,000 pipe smokers who don’t attend these events for every person who does. For that matter, the vast majority of people who indulge in a pipe don’t even know that these shows and the community even exist.

Also, the hobbyist usually likes some variety. They might have a dozen or more tobaccos that they’re rotating at any given time, but when they buy some of their favorites, they’re probably buying a half-pound or less. When our average customer for 1-Q makes a purchase, they normally buy a pound or more of that one blend.

The bulk of pipe smokers will stay with one or two tobaccos all the time, unless they run out and have to buy whatever’s locally available. They also tend to buy pipes that are $50 or less. Ask the person who has a pipe going for a good portion of their day about grain on a pipe, and they’re more likely to think about the kernels that have removed from the cob before the pipe has been made. A lot of them knock their pipe out against the heel of their shoe and rarely, if ever, polish their pipes. 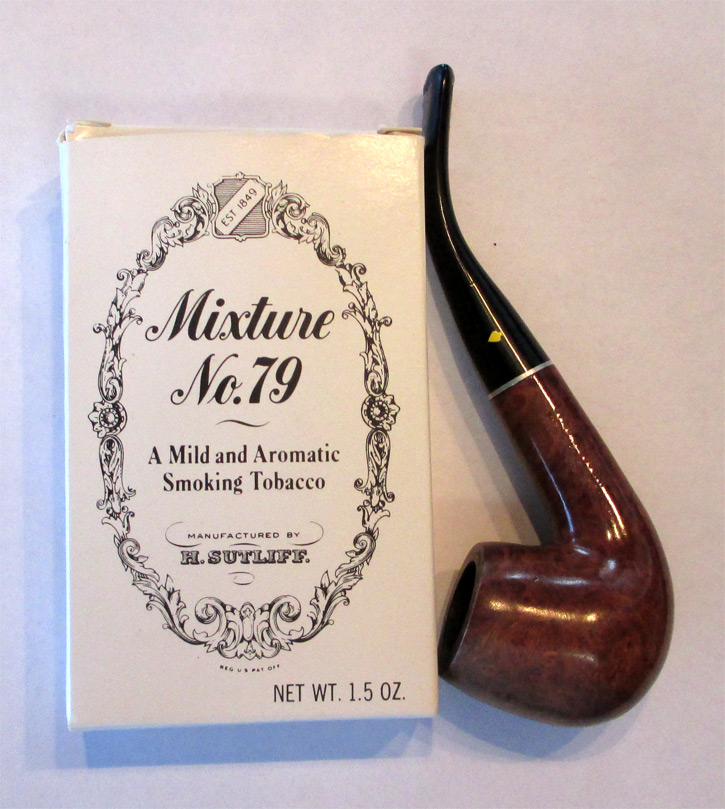 But these people derive pleasure from smoking a pipe too. So what, if they smoke a pipe until the cake is so thick that you can’t get a ten minute smoke out of it? Who cares if they snap off a stem? They’ll just buy a new pipe. Their enjoyment has little to do with esthetics and much more to do with comfort and familiarity.

It’s easy for the collector to scratch his or her head and wonder about the “average” pipe smoker, but there’s a perspective that might make us feel a bit more kindly toward these folks. You see, if the retailers and manufacturers had to depend upon just the business generated by the hobbyist community, few of us could survive. Everyone’s business is important to a company like the one I work for, but if it weren’t for the person who buys that 5 lb. bag of bulk aromatic, we might not be around to offer you those specialty tinned blends, or we might have to charge a lot more for them. So we all owe a debt of gratitude to the people who smoke the same two or three pipes all the time, and enjoy that one particular blend. We may not agree with their choices, but frankly, they make the hobby portion of pipe smoking possible by making it worthwhile to make and sell the products.

Another thought that struck me was that of all the different types of businesses I’ve been involved in, the people on the selling side of the community get along remarkably well. I think about other operations I’ve run and the competition never spoke to us, and vice versa. Sometimes the relationship was downright contemptuous. But I’ve overheard pipe makers talking about getting together to trade techniques or discussing which vendors are best to buy supplies from. There have been times that I’ve found that I can’t get some tobacco I need, but with a phone call to a friendly “competitor”, I’m back in business.

Maybe this is because we are such a small community that we’ve come to realize that we will all have a better chance of survival through cooperation, or it could be that we understand that variety is vital to our overall success and that everyone has their niche. Whatever the reason, after the day is over at a show, we find that we tend to congregate for a libation or twelve, and that, with few exceptions, the flow of information is pretty free, because there’s an integrity in this community that I’ve never witnessed elsewhere.

Now that I’ve had some time to think about what I’ve learned from Chicago, It’s time to refill the display materials, start packing up the samples and finish the preparations for Kansas City, and I look forward to each and every show. I never know what I’m likely to learn, but I’ve always come back having gained something useful. A lot of major companies in huge industries could learn a lot from the pipe smoking community. So could politicians, but we won’t even go there.

MORE READING  And Now for Something Completely Different
Post Views: 549

Show And Tell from the 2014 Chicago Pipe Show

2014 Chicago Pipe Show…What had happened was…