… But we already knew it was cool … 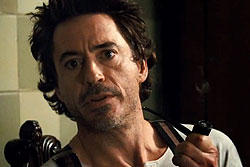 Imagine that there is a chain gun blasting away about 20 feet in front of you. Its target: You. How do you respond? By lying down and calmly smoking a pipe, of course! At least, that’s what you would do as Robert Downey, Jr.’s rendition of Sherlock Holmes.

Naturally, this is quite a new situation for Sherlock Holmes, as is easily recognizable by even the most casual of fans. However, no matter which Sherlock Holmes we are discussing, whether he be portrayed by Robert Downey, Jr., Jeremy Brett, Basil Rathbone, Benedict Cumberbatch, or even if he is simply a character on a page, we can be sure that he will have a particular item: a pipe. The pipe, even more than the hat, coat, and magnifying glass, is a signature of Sherlock Holmes. It defined him. The question that is rarely asked, however, is how did Holmes define the pipe?

A great many people, particularly pipe smokers, are familiar with the written works of Sir Arthur Conan Doyle, and the eccentric character of Sherlock Holmes. Even in these early stories, the pipe was a frequent player. As master blender Russ Oullette recently explained [in his article; "The Great Detective and His Pipes"], Holmes had three pipes of which he was fond: a briar, a cherrywood, and a clay. Each of these pipes had a different place in the arsenal of Holmes, but it was almost without doubt that they were primarily lit during times of contemplation and relaxation.

This trend continued throughout the vast majority of interpretations of the quirky detective. When he would be lounging in his armchair, perhaps idly bowing his violin, he would have his pipe lit. Most frequently, he would strike a match and light up when he was having to do some serious thinking about a new case.

This is the first and one of the most important ways that the character of Sherlock Holmes defined pipes. To this day, pipes are linked with thoughtfulness, contemplation, and intelligence. It is hard to believe that this is in no small part due to their role in the mysteries solved by Mr. Holmes in the early stories and movie depictions. 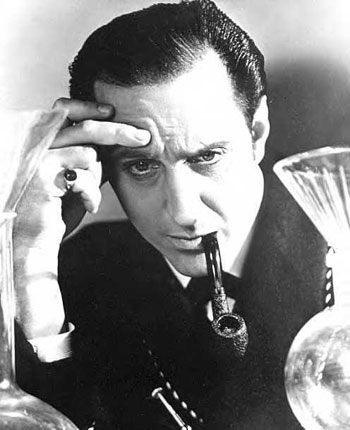 As a major figure of English literature and, later, film, it really isn’t surprising that the character of Sherlock Holmes had a lasting impact on everything he touched, from the style of his hat to the magnifying glass to the pipe. Even such minutiae as a particular style of pipe, namely the calabash, that an actor portraying Holmes on stage decided to smoke had a lasting impact. To date, it is nearly impossible for a layman to see a calabash and not think of the Great Detective.

With it firmly established that former incarnations of Sherlock Holmes have helped to define the pipe, it is worth inquiring what impact, if any, Robert Downey, Jr.’s version will have.

A little after I saw the first movie, I started hunting for the pipe that Downey, Jr.’s Holmes smoked throughout the entire film. It turned out to be a black Dunhill billiard, sandblasted, with a saddle-bit, if you are interested.

While hunting, I stumbled across a piece in the New York Times’ Men’s Fashion blog entitled "Puff Piece: Sherlock Holmes, Piping Hot". In the entry, the author said that this new Sherlock Holmes was "poised to do something that hasn’t been done since Hugh Hefner lounged on his rotating bed while puffing a Dunhill: Make pipes cool."

I remember being offended when I first read those last three words. In my head, pipes were already cool and they still are. But the word "cool" here is meant differently and, with that new definition, the author is quite correct. Robert Downey, Jr. does make pipes cool with the way that he plays Sherlock Holmes.

His Holmes is different from most other portrayals. While the majority of versions have acknowledged the eccentricities of Holmes, this newer Holmes seems to emphasize the dichotomies inherent within the character.

One of the best ways that I have heard this Holmes described is as a combination between Indiana Jones and James Bond, if Bond were to do all of his own inventing instead of leaving that to Q. This Holmes is suave, yet uncouth; he is stylish, but often disheveled, often wearing a three-piece suit, while sporting a 5 o’clock shadow and a napkin tucked into his shirt; he is logical and intelligent, but not afraid to get down-and-dirty, getting into bone-crunching, knuckle-cracking, mano y mano fights; he is systematic, yet is prone to drunkenly experimenting with explosives and poisons. 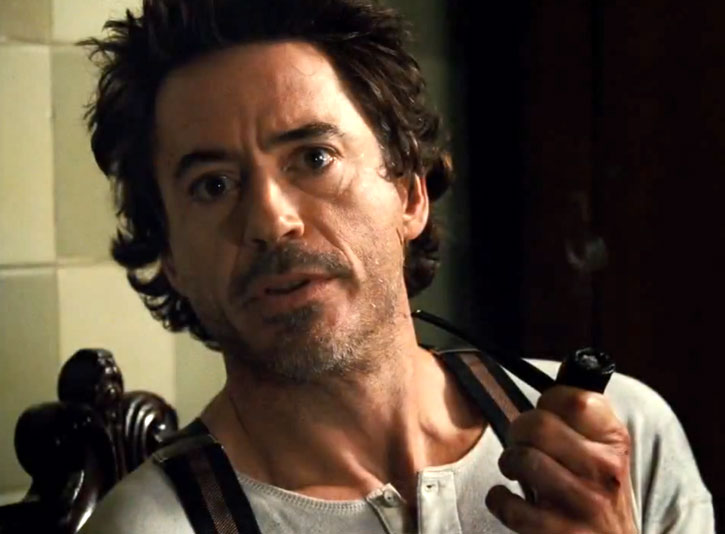 This is the type of "cool" that Downey, Jr.’s Holmes brings to pipes that has never really been seen before. Other incarnations gave pipes the titles "contemplative" and "smart" and "thoughtful", but not cool. Not this type of cool.

Allow me to say that there is nothing wrong about the notion that pipes are signs of mental agility. In fact, it is sometimes quite nice to be told that I look professorial when smoking a pipe.

The problem arises when people think that this is all that pipes represent.

Many of us know someone who does not necessarily fit this stereotype, or, at minimum, embody a different image even better. Some of these people smoke their pipes while doing intense physical labor or while plowing their fields; some are known for their sex-appeal (such as Hugh) and some for their physical prowess, such as Babe Ruth and Neil Armstrong.

These members of the pipe community have been woefully neglected, discarded in favor of the easy stereotype formed by the early Sherlock Holmes. While a mentally pleasing stereotype, it represents just one part of the culture.

This is something that the new Sherlock Holmes can potentially remedy. Not only do these films have the potential to spark more interest in pipes, but also to reshape the image of pipe-smokers. Yes, we are intellectuals, but we are also cool, rough, and eclectic.

So, the next time a chain gun is aiming its barrels at you, smoke a pipe! After hiding behind something, perhaps.