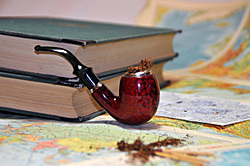 The weather has finally turned, although I do expect at least one more snow this year. I just got a great deal on a house in the neighborhood I’ve been eyeing for some time. This house has been on the market forever and they finally accepted my offer.

I knew about the electrical lines overhead, and the fact that the house isn’t quite above the flood plane of the creek that runs behind it. It wasn’t immediately obvious that the paint was lead and the insulation asbestos. But I pay an inspector to tell me just what I’m stepping into for a reason. Hate to be uninformed.

You cant win them all. But I did win this one. Did I mention it has a pipe rack built into the wall of each bedroom? I won’t change a thing.

And with that, lets get down to the nitty gritty.

It’s that time of the month again, I’ve gotten a bit cranky and no one wants to be around me as a result. It’s obvious, and I know I should fess up to my friends about it and not be weird, and then go sort it out. It’s just so much work to deep clean all my pipes. Normally I drag my stand (now full of 45 of them) up to my kitchen table and work on them while my wife watches something on TV I’m uninterested in.

I’ve heard people say to use neutral spirit, Vodka or Everclear. But I always have been a fan of good scotch, first because I like to tell myself I’m not cheap, and second because I like the flavor it leaves in the pipe. I can enjoy some scotch while I clean as long as I keep the cup I’m using to dip my pipe cleaners in separate from the cup I’m drinking from—a mistake I’ve made exactly once.

Other than confusing the two cups, do you have any suggestions for helping me through this routine? How do I kill the mundane nature of this necessary activity? And what do you use to clean your pipes?

Dear Clogged and Sour in Detroit,

Don’t let your pipes turn sour, I’ve been there, done that. It’ wasn’t like smoking Sour Patch Kids like I had hoped.

You’re right—cleaning pipes isn’t always the most enjoyable way to pass an evening. For some it’s a labor of love, for others it’s a mere necessity on the way to the next clean smoke. Since I fall more in to the latter camp let me tell you a method I’ve found that makes pipe cleaning a lot more enjoyable.

For one thing, drink a cup or two of that scotch before you get started. A little mental lubrication never made anything more boring. Then get out a two liter of Coca-Cola. It’s true that Coke neutralizes battery acid, but are you aware it also works great for pipe cleaning?

Find a large bowl and fill it with Coke, then slowly and methodically stack your pipes in one at a time. The point here is to carefully place them in the Coke so as not to accidentally splash any into your whiskey.

If you watch closely as each pipe immerses itself, you’ll notice small bubbles emerging from the stem and out the bowl. At first you’ll just think this is the carbonation of the soda itself, but don’t worry, it’ll keep up for a good long time. This is the Coke neutralizing the sourness of your pipe. After a good 3-5 minutes your pipes are ready for removal. Again, do this carefully and watch your scotch glass.

Longer is generally better, but don’t wait too long. If you do, the tobacco, ash, and tar will begin to soak into the Coke itself and the aroma will be intoxicating. But not intoxicating in a it-was-a-nice-evening-of-good-scotch kind of way, but more intoxicating with a I-just-drank-tar-soaked-Coke kind of a feeling.

This is also a great little science experiment to do with your kids after their pipes are growing sour, and before bedtime. It’s good to instill clean pipe habits at an early age. 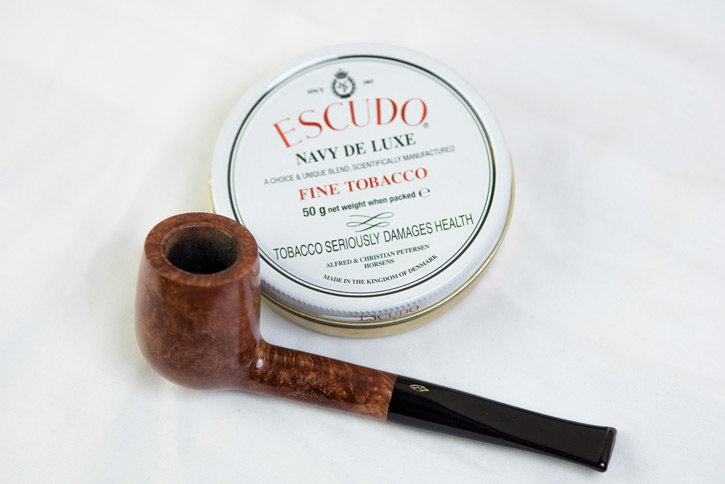 They do. So… now I’m curious. What are you smoking?

What pairs better, a hammock and Samuel Gawith 1792 Flake, or an igloo and Full Virginia Flake?

Asking for a friend,
Hans

On the one hand, hammocks are definitely more comfortable than igloos in general. But laying down in a hammock it can be difficult to maneuver a pipe between your teeth unless you’re well practiced (and take note, it is most definitely worth your time to practice). At least in an igloo you can stand up, and ice absorbs so little smoke it’s unlikely you’ll leave a lasting musk offensive to your significant other.

On the other hand, Full Virginia Flake is objectively better than 1792. At least, it’s my experience 9 out of 10 dental hygienists prefer it.

There is nothing that says you can’t hang a hammock inside of an igloo and pack a pipe with a little of both, although I don’t suggest it. So you’re left with something of a conundrum. I’m going to go out on a limb here and say, buy some Squadron Leader or Balkan Flake, and pair it with a yacht near a Greek island.

Making excellent pairings since I bought my first boat,
Hank

I don’t recall any of the specifics. I do remember some fast moving lights in the dark, some loud noises, and a lot of pain. I woke up in a hospital bed and have had almost complete amnesia. There was a lady here named Cherie who claims to be my wife, though I have no recollection of her before waking up. Now I’m being filled in on the details daily, but it feels more like someone else’s story than the history of my own life.

What is interesting to me is, of all the things I cannot remember, I was less than a few hours in to waking up and found I was craving a pipe. I could even remember which pipe I was craving. I could recall with incredible vividness the smooth finish of the bowl in my hand, and I could picture the letters, “Peterson” engraved on the side. It was a few days before I was allowed out of the hospital and could finally enjoy a smoke, but I’m somewhat befuddled by the whole thing.

I couldn’t remember my own name. I wouldn’t have been able to pick my wife out of a lineup; my home, my dog, my couch, and all of my things seem utterly unfamiliar. But somehow, when I pick up my pipes (I own 173 of these things!) I know I’m home. Apparently I’m not a mild consumer either, I’ve found myself smoking 8-10 bowls each day, and I have a closet full of more tobacco than I think I’ll ever get through. I don’t know what my tastes were like before the accident, but I don’t think I have enough Solani 656—Aged Burley Flake. I’m a little concerned there sure there isn’t enough in the whole world.

I’m writing in less because I have a question, and more because this is the only thing familiar to me. While people have told me I was their friend, none of them are pipe smokers, and I’m finding it increasingly difficult to believe. Ya’ll are out there. I have a cellar to share. Anyone up for creating new memories?

Until next time,
Blank in Mississippi 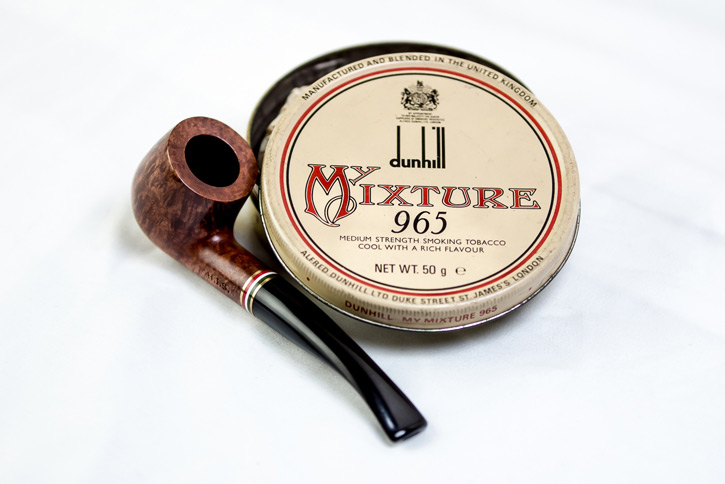 Your story is a fascinating one. One of the first things you need to do is go out and rent the whole series of Jason Bourne movies (I had just referenced him in my last column if I remember correctly). There is a difference between awaking from amnesia finding out you’re an average every day Joe, and awaking and realizing you’re kind of a badass. You’re kind of a badass. That you have a whole slew of pipes and an entire cellar to enjoy proves this.

I wouldn’t worry about a thing. Pack that bowl full of Solani, sit back, relax, and be thankful the stresses of life were wiped away, and while everything else was gone, the one thing that (clearly) mattered the most to you stuck with you.

Unrelated: As your old buddy Hank, I’m sorry to hear about your accident, you might not remember this, but you had agreed to let me store about 40 pounds of tobacco in your cellar. I can fill you in on all the details when I swing by to show you what was mine and what’s yours. It’s okay though, I have the room at my own place now and you totally don’t need to keep storing it for me.

Also, by last count you only had 25 pipes, the rest were also on loan from me. No biggie, we’ll sort it all out. Thanks for writing in! Always glad to hear from an old friend.

Your old kindred buddy from that one alma mater we share,
Hank