How I Got Started as a Pipe Smoker 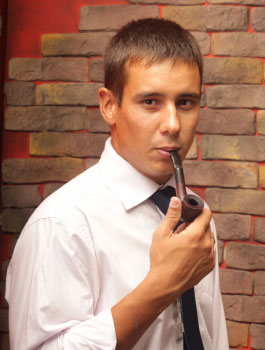 My music teacher always smelled of pipe smoke. I started taking piano lessons from Charlie Rose (no association to the Channel 9 talk-show host) when I was only five years old, so I did not really know what the smell constantly lingering on him was, but I knew that it was there. I knew that it smelled great. It was as much a part of him as his cracked leather jacket and perfectly maintained trumpet.

I never had the grandfather that smoked a pipe—at least, not while I was alive—nor did I have the uncle or father. I had Charlie.

Eventually, I learned what it was that I smelled on him, though I’m not sure how I learned it. I do remember, however, the day that he stopped smoking his pipes.

Without exaggeration, I was truly upset. He wasn’t the same person; something was wrong. I missed my old companion of his Borkum Riff aroma and I felt a distinct absence now that it was gone.

I have absolutely no doubt in my mind that my experience with that aroma for so many Wednesday afternoons made me more receptive to picking up my first pipe when I was in college.

It was a slow evening at The Scottish Arms, a pub where I worked as a host. Through the blue and grey smoke diffusing through the pub, I smelled something familiar.

They say that scent is the sense most closely tied to stimulating memory response, and it certainly did for me when I caught a whiff of the smoke rising from one of the pub’s high-tops. I thought of the man who I had spent so much time with when I was younger, the man who put up with my trying to avoid practicing and smiled jovially the entire time, the man who treated me like a friend and a son.

Four men sat at the table and one of them was holding a long, clay pipe. Like some sort of ceremony, they passed it around the table, taking a puff, savoring the flavor, and passing it to the next. 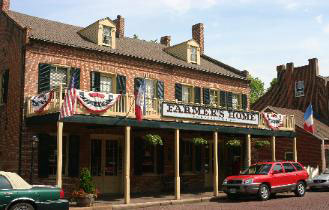 Within a week, I found myself at a small, old tobacconist [John Dengler Tobacconist]. It took me a long time just to work up the nerve to park in front of the establishment, let alone go inside. Some part of me was resisting, but an even bigger part of me insisted that I follow my desire.

Walking into the tobacconist, I was in foreign territory. Large glass jars were filled with different types of tobacco (though they all looked extremely similar), while dozens of pipes were on display in the cabinet beneath.

The gentleman working at the time was helping other customers select cigars from the modest selection, and I did my best to avoid being noticed. When I was eventually detected, I meekly stated that I was just browsing and continued to drift.

I am sure that I lingered too long, but I eventually asked to purchase the same pipe that the guys at the pub had been smoking. I work at a Renaissance Faire and I justified the purchase to myself by thinking that, if I didn’t take to the pipe, I could at least use the clay one as a prop.

"All right," the man said, "and you get a free ounce of tobacco with your new pipe."

I do like free things, but that didn’t make me any more knowledgeable about which tobacco to choose. I had done no research and put no thought into the purchase before arriving at the store.

"What would you suggest for starting off?"

I was given a bag of one of their bulk-burley-blends called Cameron’s. It smelled like oats and my first thought was of the sweet-feed that we used to feed our horses.

Equipped with my excessively long pipe, tobacco, and a box of matches, I returned to my college dorm, determined to try my first bowl that night.

Overall, it was not the best of experiences. I did enjoy the little smoke that I was able to get out of my pipe, but all of the factors added together to make one of the most difficult experiences imaginable: I was attempting to light a poorly packed, fourteen inch pipe with cheap matches, while sitting outside in a cold and windy night, shivering against the chill. Poor decision making on my part, I will admit.

Eventually, I improved my form and my choice of smoking locations. I continued to frequent the same tobacconist and buy burley and black Cavendish based aromatics from their bulk supply, which I do recall enjoying a good deal.

I eventually got my brother into the fold of pipe smoking and he introduced me to a revolutionary aspect of pipe smoking: the Internet. He showed me my first pipe related website, which, without hyperbole, changed everything.

I ordered my first briar pipe, a Neerup bent apple, and my first tinned tobacco, Two Friends’ "Celtic Mist". I started looking at those websites constantly—a habit that I maintain to this day—and doing a lot more research, learning how to pack and light and appreciate pipe tobacco to a degree that I hadn’t yet understood.

In these short three years, only half of which I have been seriously collecting, my tastes have changed radically. Well, it might not be appropriate to say that they changed, but rather that they bloomed. I no longer smoke those burley and Cavendish aromatics that I bought so frequently from the tobacconist, though I do still find them in jacket pockets every now and then. 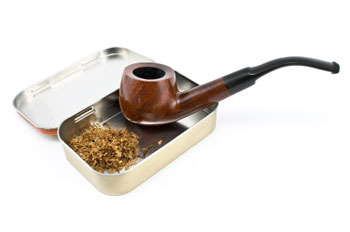 Instead, I find myself gravitating towards the "artisan" tobacco blenders, such as G.L. Pease, McClellend, and Rattray’s. I have found that I have an extremely diverse palate, with my tastes changing depending on the weather and my mood.

My taste in pipes has changed, as well. While I do still own my clay pipe and enjoy it immensely, it is not my area of focus. I adore my meerschaum pipes, but often find even more artistry in the grain and curve of a briar pipe. It is the little things that truly do make a big difference.

I have learned a lot in these few years, far too much to mention here and give any justice to a single one of them, but I would like to try to give a little advice to those in the same situation in which I found myself a couple years ago, though hopefully with enough foresight to do a little research first:

Plan ahead. Think about what type of pipe you want and what type of tobacco. This means doing some digging, often online. There are a great deal of fantastic online resources (you’re on one!).

Slow…..down….. You will enjoy everything about pipes (and life) a lot more if you slow down and relax.

Don’t worry if you screw up at first. We all did and the vast majority of us still do screw up every now and then. I am still learning something new every single day and that is something that I love about our hobby.

Maintain a healthy desire to learn. Whether you investigate more about tobaccos, pipes, accessories, or techniques for lighting and packing your pipe, knowledge truly is power. The more you learn about your pipe, the more you will enjoy it.

Finally, enjoy the experience. Pipe smoking is about enjoyment. Never forget that.

My journey into the world of pipe smoking and collecting has just really started. I hope to see a lot more of you joining me soon!

[Editor’s note: Tell us how you got started with pipe smoking by commenting below.]