Don’t Think of a Purple Giraffe 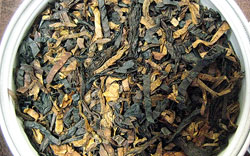 In some ways, what follows is sort of a continuation of my last column, The Fickle Nature of First Impressions, so if you haven’t read it, it might be a good idea to give it a look. Basically, I discussed how our perceptions can be somewhat capricious when exposed to novel things, especially within the context of something as seemingly simple, yet deceptively complex as pipe smoking. There are many variables – the pipe, the tobacco, the smoker’s mood, the weather, what we’ve eaten, to name just a few – converging on that last puff from a great smoke, and a change to any one of these things can affect our experience in surprising and sometimes surprisingly significant ways. Amongst those myriad variables are all the things related to discernment, and that’s what we’re going to look at here.

What’s the difference between the expert taster and the neophyte? Experience and focus, mostly. We all have roughly similar hardware, and our innate abilities are close enough for jazz, yet how we perceive things can be markedly different. (Of course, some people are born with a greater than average ability to taste or to smell, but unless those native abilities are cultivated, even the super-taster has no real edge over us.)

Our ability to discern flavors and aromas is largely based on training, whether consciously or unconsciously. Much of this training happens mostly automatically. We learn to recognize bananas as different from hot dogs fairly early in life, and as we grow up, the list of what we can identify grows without much attention being paid to it.

The average adult is capable of recognizing over 1000 different flavors – a pretty impressive number. 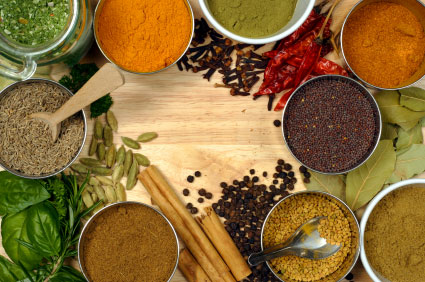 If you sat down and started listing all the tastes you can think of off the top of your head, you’d likely run out long before approaching 1000, but the rest of them would still be there, waiting in shadowy doorways to pop out when you least expect it.

What’s different about the experts is that they’ve learned to focus more acutely on what they’re tasting or smelling, and to make associations that aren’t necessarily natural to the rest of us, and to build their vocabulary to be closer to those 1000 flavors. When we taste a grape, there’s no doubt that we’re tasting a grape, but if the same flavors were present in a steak or a cocktail, the connection might not be made so easily. But, we can all learn to do what the experts do, and, I believe that by doing so, we can derive greater enjoyment from our pipes and tobaccos.

Each of us has our own unique sensory library that we hook into when we taste or smell something. Of course, there is much overlap, at least within a given culture, but it’s the stuff outside of the intersection where the interest lies. And, pipe smokers do have their own culture, in this respect. Mention leather and smoke, and immediately, Latakia will likely come to the mind of a pipe smoker, while memories of horseback rides on the beach and driftwood fires might be conjured by someone unaccustomed to our peculiarities. That’s what I mean by sensory library. It’s not the words we use, but the memories of the experiences themselves. (From this point on, by the way, I’ll use the words taste and smell more or less interchangeably, so where you see one, you can just as easily plug in the other.) Here’s an example to illustrate this point. 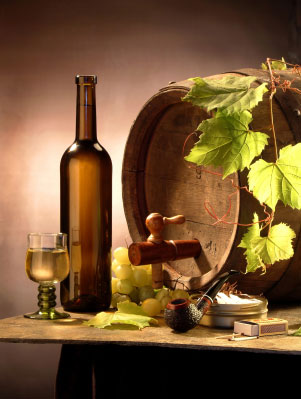 I was tasting a couple wines with some friends the other night, and we were having our usual good time puffing smoke over what we thought about them. In one of the wines, I picked up on something a little unusual, and with my typical lack of concern for the linguistic conventions laid down by some of the more humorless wine people* I’ve been acquainted with, I described what I smelled as "old bicycle inner – tube." It fit. (Robert Mondavi, one of my early mentors in the art of wine tasting, would have been pleased.)

One of my friends didn’t quite get what I was on about at first, but the next time he poked his beak into the glass, the light went on. As an avid bicyclist, this is a smell I’m sometimes more intimately familiar with than I’d like to be, while for him, the same smell is tangled with long dormant childhood memories. What was an easy recall event for me required some prompting for him. But, when he got it, he couldn’t let go. He now noticed the aroma effortlessly. The smell had always been there, but it was lurking just beneath the threshold of his perception, not because the apparatus didn’t trigger, but because that trigger didn’t hit the long – dormant neurons that associated it with bicycle inner-tubes. Once that memory was refreshed, though, his recall was instant. (Fortunately, by the way, the smell dissipated as whatever was causing it slowly volatilized from our swirling glasses.)

Tasting tobacco is a lot like this, if slightly complicated by the involvement of the pipe, and its ghosts, and their interactions with the tobacco we’re smoking, and all the other stuff I talked about last month. Often, once a flavor or aroma in a tobacco is pointed out to us, perhaps through a review or the label’s description, it becomes obvious, whereas before that revelation, the same taste may have remained partially or even completely submerged. I can’t count the number of times I’ve been smoking something while reading a head-scratcher review of the same or a similar tobacco, only to have what the reviewer mentions suddenly appear from the mists. I’d bet something similar has happened to most of us. Once we pick that thing out and stick a label on it, we’ll probably never miss it again, even when it appears in other blends. 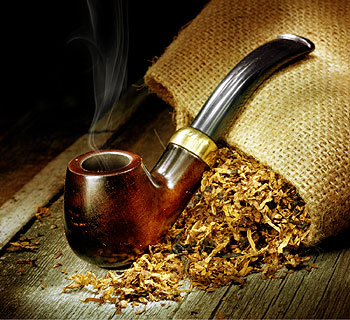 There’s been no sudden change to the apparatus. We’re using the same nose and tongue we’ve always used before these turning points. The difference is in the brain. New connections have been made, or old ones reinforced, and once these pathways are strongly established, next time, the recall will be effortless and instantaneous. Think of black pepper. Don’t sneeze. It’s kind of like a magic trick. Once you know the magician’s secret, the trick never looks quite the same again.

In fact, all sensory experience is like that, all little brain tricks, like a giant "Where’s Waldo" puzzle. Once you find him in the jumbled chaos, he almost magically jumps out of the page every time you look at it. Or, like the hairy wart on great – aunt Hilde’s nose that you can’t stop staring at once you notice it for the first time. Don’t think of a purple giraffe. Notice how quickly images can be brought up where none may have existed before. 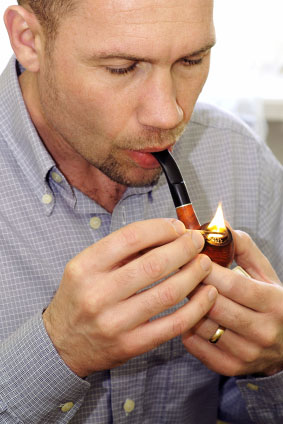 Since I’m in the position of tasting tobaccos at all stages of their evolution, I am consciously aware of things in their smoke that the average pipe smoker may not be. So, sure, I probably pick up things that most won’t, at least at first, simply because they’re right on the page in front of me. A friend of mine, a professional opera singer, hears things in voices that I don’t – until he points them out to me. But, as with anything else, everyone can learn some of the tricks, and so sharpen the acuity of their tasting.

The most important part of developing discernment is to focus attention on what’s being tasted, and try to fit apt descriptions for the various flavors, doing so as specifically as possible. Don’t settle for "citrus" when "pith of ripe grapefruit," or "oil from lemon peel" is more accurate. Look beyond the clichéd terms in use every day, and find those things from your own experience to describe what you’re tasting. In very little time, the experience will be noticeably enhanced by this procedure. (Though, every once in a while, Latakia will produce a flavor that I, for years, have been trying to pin down. It’s as familiar to me as the smell of a rose, but I cannot for the life of me name it, and it drives me crazy. It becomes like a song in my head that will not leave. One of these days, I’ll figure it out.)

I’m not suggesting that anyone would want to always smoke this way. There are times, as I mentioned last month, when just sitting down to a good puff is reward enough. We don’t always have to engage critically, when sometimes simple relaxation is sufficient. But, overall, at least for me, the experience of pipe smoking has been greatly enhanced the more deeply I’ve engaged with it, so a little mental effort along these lines once in a while seems to be grey matter well occupied.

Try it. Take some notes next time you light a bowl. Describe the flavors, the way the smoke feels in your mouth, the aromas in the tin, in the pipe, in the smoke. Refine your descriptions throughout the bowl, getting more detailed as you go. In no time, you’ll be describing things just like the experts.