Preparation for the Balakan Sobranie Throwdown

It’s Friday here at the Chicago Pipe Show, and tomorrow is the judging and awards ceremony for the highly anticipated "Balkan Sobranie Throwdown". PipesMagazine.com originally broke the news of the contest on April 14th. Three tobacco blenders will compete to see who can create a new blend that comes the closest to the legendary Balkan Sobraine 759. They are Mike McNeil of McClelland Tobacco, Russ Ouellette of Hearth & Home, and Carl McAllister from Altadis. The three judges will be Rick Newcombe (pipe collector and author of In Search of Pipe Dreams), Joe Harb (renowned tobacco reviewer), and Neill Archer Roan (pipe collector and author of A Passion for Pipes).

The judges have been smoking the blends for a few weeks in different types of pipes and at different times of day. Their conclusions will be announced and awards presented at 5:00 PM in the smoking tent here in St. Charles IL at the Chicagoland International Pipe & Tobacciana Show. In addition, hundreds of show attendees will have the opportunity to participate in their own smoking and judging of the blends. Free samples of the three blends are being handed out until they are depleted. There are also samples of the Balkan Sobranie available for $20. In the "People’s Choice Awards", you can compare to Balkan Sobranie, or you can  just choose which of the three free samples you like best. They come individually packed in small Ziploc bags with a ballot attached. Ballots are to be turned in by 4:00 PM Saturday at the UPCA table.

I heard that the Seattle and New York Pipe Club guys needed help packing the hundreds of samples. So I called Matt Guss on his cell and said I heard he needed help, and he confirmed that. I asked; "Can we smoke and drink in your room?" He said yes, so off I went.

I want to thank Gary Schrier for unknowingly letting me drink half of his scotch. He showed up late after we were almost done, so that’s the price he had to pay. He was looking at the bottle with a disappointed, puzzled look on his face asking, "where did my scotch go?" 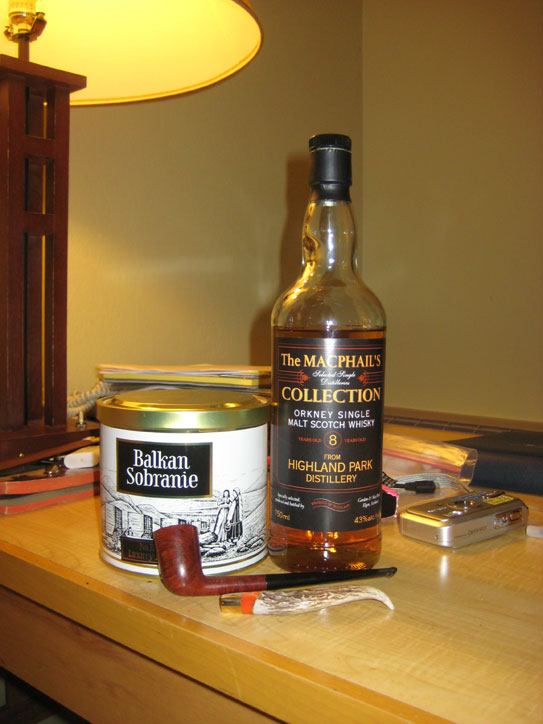 That’s my Dunhill Root Briar and a new tamper I bought yesterday. It has Whitetail Deer Browthine. That’s the small antlers that are in front. 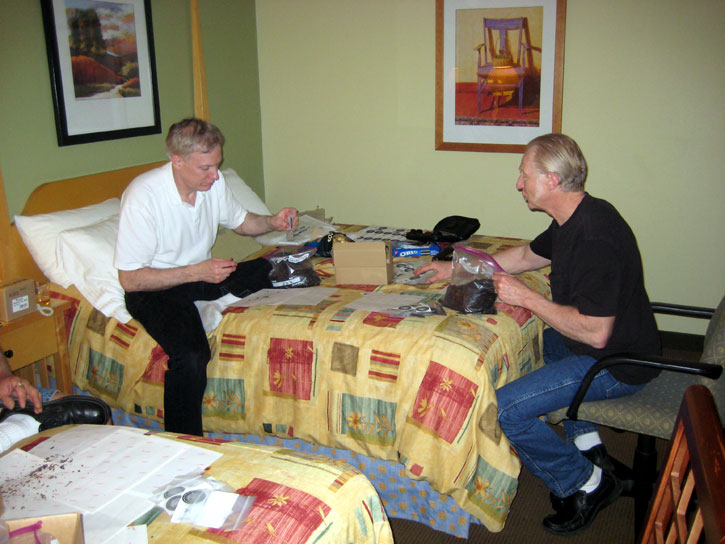 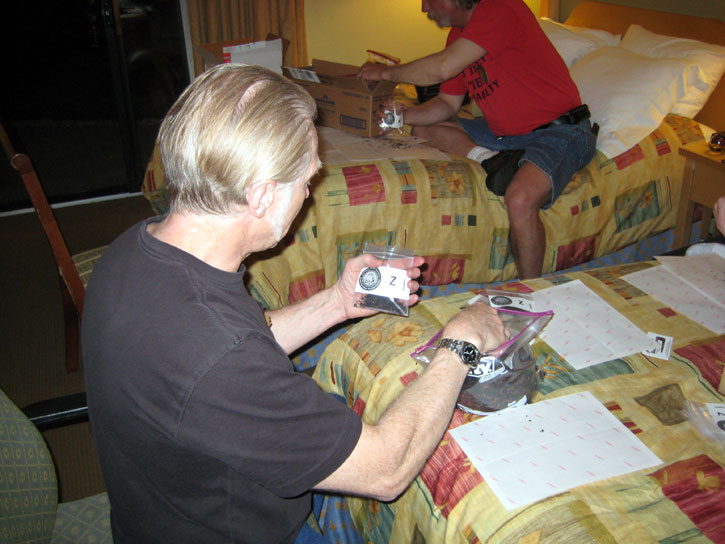 The samples are marked X, Y, and Z. Matt said that they thought A, B and C might be too subconsciously suggestive, like grades, and they didn’t want to artificially influence the results. 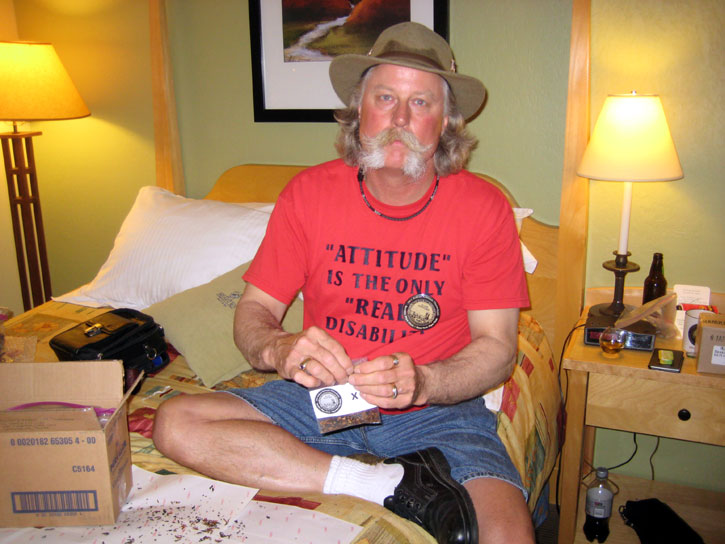 Craig Watness and I packed the "X" samples. I’ve smoked the "Z" sample so far, and I am pretty sure I know which one it is. 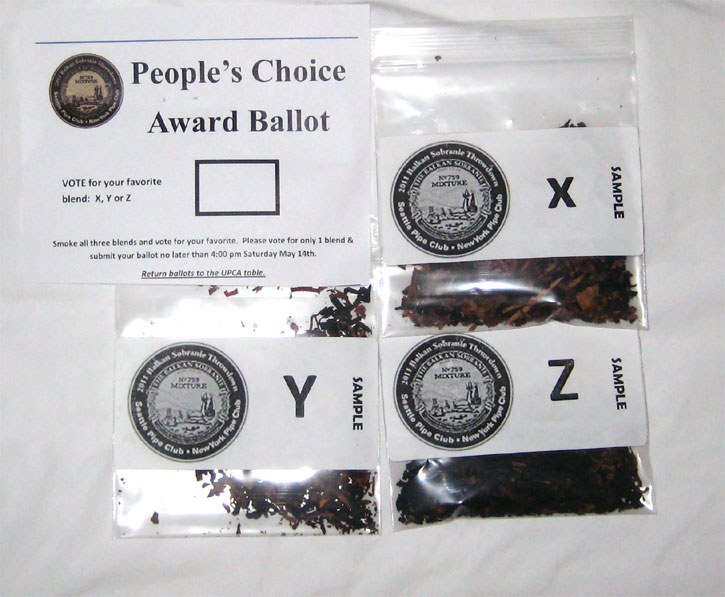