I just realized today that I have no idea about the lives and work of a major chunk of people and friends I interact on the forums. I would love to know you outside pipes, tobacco, cigars and whacky jokes.
As the topic says, what is your Profession and Expertise in the field?
I am a User Experience Architect as well as a UX Designer). Been a Professional since 1999. I have also worked as a Sr. Project Manager for a long time in the field as well.
What is UX Design? In simple words, people like me define the WHY, WHAT and HOW of any project or product. Be it a pipe, a car, your iphone hardware and software, a mobile phone app, a website, software etc. All in all its the entire process of acquiring and integrating the product, including aspects of branding, design, usability and function.
I hold various certifications for Interaction Design, Human Computer Interaction, Usability, Accessibility etc. Surprisingly I do not yet have a Bachelor's Degree. Which I am now completing at the ripe old age of 40 !!
Cheers, 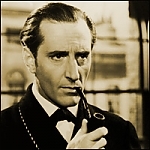 “Retired” UX & Visual Designer. Got into the web in college before images existed on websites. Back then, if you could spell “HTML” you were hired! These days, I handshape surfboards once in a while and try to control my PAD & TAD. 8O
Congrats on earning your BA/BS soon. It’s never too late to learn or do anything.

I work with animals, a couple of ducks, a rabbit, a dog, a Tasmanian devil, mice, cats, Tweety birds. Every now and then I work with Superman or Batman, and currently I'm working with Harley Quinn, Poison Ivy, and other "colorful" characters.
I've spent time on, and designed parts of, the Hilton Hotel on Mars, a Lunar Colony, St Louis in the 1800's, New York in 1915, the Electronic World, the Earth's Core, and numerous other places.

pipe monk, congratulations on nearing a degree after developing fully a career in your field. I went back to school after four years as an enlisted Navy guy, to wedge my writing and editing interests with an already earned journalism degree, and frankly to de-program after some vast geographical shifts and over-exposure to military life for a guy extremely unsuited to it, I admit. Are you familiar with Milton Glazer, the graphic designer who came up with the I (heart) New York visual? There's an excellent documentary on him that really achieves fascinating short-course status since he is so expert at putting his ideas across. I think you can easily get that online or through school ... or perhaps you've seen it. You know better than most that you really educate yourself, and probably formal education mostly helps you better organize what all you have learned and will learn. In my defense, I'll say, I worked very hard at my Navy jobs, and was the opposite of a disciplinary problem. I earned an achievement medal for some of my work after transitioning from radioman ( I wasn't too bad, and the night watch isolation agreed with me) to journalist.

My job gives me a sweet chunk of gold metal, and a life saving device that goes “pew”.

Opps, I skipped the career brief. I'm retired, which doesn't mean I don't work, but that I work at what's necessary to me. I spend significant time doing care taking for my wife with mobility problems, but she works hard too at cooking, shopping online, organizing my errands, and keeping us both reading, seeing movies, and much else. I spent a chunk of my career doing writing and editing, under various job titles, for an environmental health sciences organization, but including media liaison, public presentations, facility tours, policy analysis, a children's book, photography, and much science writing. Alas, public understanding of, and education in science was and is dangerously skimpy. Most think science is proving your personal suspicions. Science is a brutal mistress and you learn most by figuring out why the data completely contradicts your assumptions and others assumptions popular at the time. This understanding is almost absent among anyone but scientists, so most public discussion of science is absurd nonsense. People want science to illustrate what they feel, which never happens. The weirdest career experience was working with a Japanese public TV crew on a documentary they were doing on endocrine (hormone) disruptors. They were convinced we knew things we wouldn't tell, though our mandate was to publish and publicize everything that was validated and published though peer review. I underwent a personality change, borrowing from various oppressive personalities I had known, to get control of the situation. I won't accuse, but someone at my lab felt sure they'd been offered a bribe. Etc. And the crew stayed into a second week. U.S. TV networks always did a whole story in a matter of hours, catching up with detail they needed by phone after the interviews and visuals were in the can; but also U.S. media knew the culture, so weren't fighting us about imaginary secrecy. The Japanese may have been frantic in their attitude because of low fertility in Japan, low birthrates, and an aging population. I'll never know for sure, but many odd things were going on with that crew, years ago. Another crew from the same network showed up later, much more rational and mannerly, but by then I had on my tyrant mask and they suffered for it. I wasn't going to be abused that way again. With the first problematic crew, when I approached one of our senior scientists to see if he would be interviewed, he actually ran away. I understood and let him go. He was a really big guy, and it was a new experience to have such a massive person run away from me.

I've done a lot of jobs. Mostly been working on the non-academic side of universities (i.e. facilities, finance). I've taught a bit, done some low level IT, worked in a police office (never again). Right now, I'm between jobs feeling kind of stuck. I'd like to get back to working for a college or university, but the pay for so many of the jobs just isn't enough for the Bay Area. Thinking about moving down to San Diego, which isn't a whole lot cheaper, but it is a bit cheaper.

I'm a misfit that hunts fire breathing misfits while trying to not let houses fall on me.....

Btw, great job on finishing your degree Chris. I finished mine at the age of 52.

Worked for an electric utility for 30 years. Now retired.

Long-haul trucker. Just started two weeks of hometime after 81 days on the road.
I also have a Bachelor's degree with a double-major in history and English literature, but I've never used it.
When the robots come for me, I'll probably have to switch to welding or something.

Blissfully retied now but had worked as a psychotherapist and manager in community mental health for nearly 40 years.

Formerly in the military, today am employed in funeral and transport-related jobs,

I profess to nothing publicly any more. My expertise? I can still put gas into a second story window with a 37mm launcher. I don't believe anyone else in the neighborhood can do that.

'Always felt affinity for work, but wonder if I was excessively adaptable and ended up catering to the employer while subverting the best work I could do. I'm naturally intensely curious, and a little obsessively observant, so I tend to be happy in many projects. At least my day-job career provided plenty of variety. I'm not so good at saying, hey, this is what I can and want to do, and you'll never have this opportunity again ... and making it stick. I missed arm-twisting 101.

I spent years working for several gov. agencies doing security work. Retired and did private security work and consulting/training. Now I play cowboy/fly fishing guide and a little local security work on call. Getting slower as I age.

I done a few things over the last year. I was in the military for a bit, went back to school and got my degree this past Dec. Since then I've done a few things, from door to door sales to restaurants/sales. Now I'm In a position where I want to be, working with/for veterans.

nunnster, after I finished grad school on GI Bill, before I found something related to my degrees to do, I had a job in the Veterans office at N.C. State U. and surrounding campuses counseling vets on their benefits, a job I held for about four years. Though it wasn't the writing and editing I was looking for, it turned out to be quite an adventure, and I felt like I did some good, and further adjusted to civilian life by helping others do so. If you can help someone else, you truly help yourself, as starry eyed as it sounds. I had a few useful tactics. One was, when a vet came in all fired up about his missing check, and seeing me as the adversary, I'd do the "proper" bureaucratic paperwork, which wth a little encouragement from me actually worked. But seeing the vet was still mistrustful, I'd sit him down and write a fiery complaint to send along over his signature that made the point well. Suddenly he was convinced I understood both his predicament and his anger. Luckily, between the two of us, the money showed up. I didn't do this often, so as not to establish the pattern with the home office, but when needed. So I had a little mileage on my writing/editing background too. Meantime, I managed to court my wife, get married, and save up to buy a house.

I first worked as a route setter in a rock climbing gym in my teens bumming around climbing before working my way through two degrees as a land surveyor in Prudhoe Bay, Alaska. After that I worked as a Psychotherapist for many years after getting my MS in Psychology and spent a few years in program management in that field. Now back working as the CEO of a local employee owned Engineering, Surveying, 3D Scanning, UAV, and Ground Penetrating Radar company with about 40 employees (The some one I worked for in college). We do a bit of everything geomatics related. I am also a go to work Dad.