What Did You Smoke Today? Cigars. 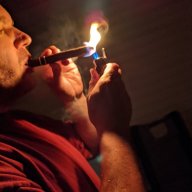 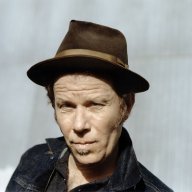 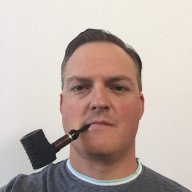 Earlier today, I enjoyed a Don Pepin Garcia Blue Generosos (Toro) while playing a round of golf with some buddies. This particular smoke has long been my absolute favorite non-cuban cigar (my all time favorite is the RASS), and while I generally try to smoke them when I have the time to focus on the cigar rather than my golf game, it had been a long time since I'd had a cigar and I figured something special might be in order. It was delicious, and my round didn't go so bad either!
Reactions: Kilgore Trout, dcon, lelik and 9 others

How was the Zombie Green, smoked the Black and it was a good smoke?
Reactions: weezell, seanv, danimalia and 2 others 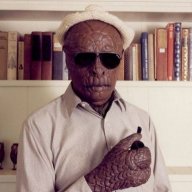 Glad you are still with us, Crawdad! Hope the palate recovers swiftly along with the rest of you.
Reactions: dcon, weezell, Rockyrepose and 6 others 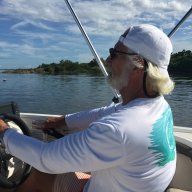 How do you like those? I almost bid on a box of robustos last night.
Reactions: seanv, danimalia and cshubhra

My first experience was bad, but I think it was more me than the cigar. I have been fairly busy this week, so I did not bother to put it in the Humidor to rest, and smoked it directly out of the pillow pack in which Smoking Pipes sent it. The burn was wonky, uneven, canoed, tunneled, and did go out two times. It was a very long smoke (which would have been a good thing) but I did throw it out when there was an estimated 20% smoking time still remaining.

Regarding the quality of the cigar.
1. It has a nice oily Maduro Wrapper and is very beautiful
2. Fairly complex from the get go, and comparable to other high quality Maduro I smoked
3. I did not think as a limited edition the taste was significantly better than other Maduro cigars which are available regularly
4. If you see my burning experience above, it was too moist and did not like to burn. Even then I got good flavors, during the times I was getting to burn properly
5. I don’t know the long burn is a characteristic of this cigar, or due to the fact I smoked it wet- However the burn time is 30%-40% longer than a cigar of a similar size I usually smoke

The jury is still out and I need to smoke the second stick, but at this point I would say it has potential to be an excellent smoke

Plasencia Reserva good smoke and burn, the only issue was with the flaming lighter broke down half way through lighting , thank god for the trusty old pipe lighter.
Reactions: Kilgore Trout, dcon, weezell and 6 others

Country Bladesmith said:
How do you like those? I almost bid on a box of robustos last night.
Click to expand...

I think they're good, not great. Start off medium-ish, finish fuller in strength and body. I was never a huge fan of the cigar, but I revisited it a couple weeks ago and enjoyed it, so I bought a few more. Worth a try to see if you like it, for sure
Reactions: Kilgore Trout, odobenus, crawdad and 5 others

danimalia said:
I think they're good, not great. Start off medium-ish, finish fuller in strength and body. I was never a huge fan of the cigar, but I revisited it a couple weeks ago and enjoyed it, so I bought a few more. Worth a try to see if you like it, for sure
Click to expand...

I might add a single or a five pack next time I buy some, then.
Reactions: danimalia, seanv, crawdad and 1 other person

Nica Rustica... I believe... Gurkin? Sounds like a pickle. 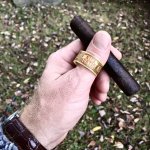 I enjoyed a JR Cigar Alternative Hoyo De Monterey Governor today while walking 18 holes. These are pretty damned good cigars and, the price is tough to beat at about $2.25 a stick.

Acid Kuba Kuba- This was the last Acid from the box. While I enjoy sweet cigars occasionally, I may not buy again.
Reactions: seanv, lelik, odobenus and 4 others

AJF Dias de Gloria short Churchill. I like 'em. The first couple I have had super straight burn lines. Like, shockingly straight.