As many of you know, smokingpipes.com/Laudisi Enterprises recently announced that they were opening an office in Dublin, Ireland to make their products more readily available to their EU customers. They could have chosen any number of cities. Brussels. Paris. Copenhagen! But no, they chose Dublin. What tipped the scales for this South Carolina-based business? I think I know!
From today’s Chicago Tribune:
Krispy Kreme Puts Glazed Look in Irish Eyes

By Meagan Flynn The Washington Post
It looked like closing time at the county fair or the week before Christmas at the mall: cars just sitting there, bumper to bumper, waiting their turn to inch along.
Dozens of vehicles were lined up and down the aisles of the parking lot, honking as if every single driver in front of them was staring at their cellphone while stopped at a green light. It sounded like the traffic jam of the century.
But, in fact, it was just the Krispy Kreme drive-thru at 1:30 a.m. in Dublin, Ireland — the first to open in the country.
The Dublin location opened Sept. 26 to wide acclaim, especially for its 24-hour drive-thru.
At least 300 people were lined up at the door at 7 a.m., the Irish Times reported. But the lines did not go away. Throughout the night and the week, customers seemed unable to get enough of the doughnuts.
Neighbors complained to local government and Krispy Kreme executives that the noise from the doughnut drive-thru had kept them awake for days, they told the Irish Times.
After one week, Krispy Kreme had to shut down Dublin’s 24-hour drive-thru.
“We anticipated a warm welcome for Krispy Kreme in Ireland and have long wanted to open a store here, but the response has been way ahead of our most optimistic expectations,” Krispy Kreme Ireland said in an Oct. 3 statement on Facebook, announcing the overnight shutdown.
The doughnut chaos has perplexed much of Ireland.
After all, Irish people “had actually seen doughnuts in Ireland before all hell broke loose about #KrispyKreme’s arrival,” one Irish woman, Mim Donovan, confirmed on Twitter. “This is not like the first time that we have seen doughnuts,” confirmed another Irish person, Carl Kinsella, writing for JOE, an online Irish men’s lifestyle magazine.

But there apparently is something incomparable about a Krispy Kreme in Dublin. One local councilman described what he witnessed as a “phenomenon.”

“I was at the opening and I have to say, I wasn’t prepared for the phenomenon that it is,” Ted Leddy told the Independent. “I mean there are other 24/7 stores in the (shopping) center, but I’m not sure what it is with doughnuts.”
Krispy Kreme has been around in the United States since 1937 and has more than 300 locations nationwide.
It has been called a “cult” favorite in the past, inspiring “pilgrims” to “pile into the car and drive for hours just to have a couple of ‘Hot Nows,’ ” as Pittsburgh Post-Gazette writer Marlene Parrish wrote in 2001. Some people loved them so much they named their dog after them, as Parrish discovered.
“Anybody who thinks Krispy Kremes are just another doughnut hasn’t tasted them right off the line,” a Krispy Kreme superfan told Parrish.
Click to expand...

In our town, if you are in a hurry, you go to Dunkin Donuts, because there will be NO ONE there. The 24 hour Krispy Kreme Factory down the road is always a 10 to 30 minute wait. Even after going to a late movie, Mrs Cosmic and I will drop by the factory and pick up a late night snack. It's worth the wait. I can't even stomach a Dunkin Donut, with its gritty texture, blech.

A Krispy Kreme regular glazed doughnut, warm straight off the assembly line just dissolves on your tongue as you put it into your mouth. Mmmmmn...

In Raleigh, N.C., Krispy Kreme is some sort of shrine. They even have a runners' road race from the university campus to the Krispy Kreme kitchen where runners eat a dozen donuts and run back to the finish line. I assume not all the donuts eaten get back in the competitors' stomachs. On other days, I enjoy the occasional guilty pleasure, though I usually keep it to one or two with a cup of coffee. If I bought home a box, all would be lost.

Those things are very addictive. Most often, I can never stop at just one. They just seem to be so damn tasty any time of the day. I have one not far from my house, which is very, very dangerous for the mid-section.

If I am not mistaken, those boxes of a dozen are single servings... if that helps. :

I'm not a fan of Krispy Kreme. The little hole in the wall donut shops always have better donuts, in my opinion. That being said... I'd never turn down a donut.

When I was growing up in my small suburban town my dad would stop every Sunday after church at a local shop that baked nothing but doughnuts. I've never had anything like them since. The chocolate covered cream and maple covered cream were to die for. I still think of those doughnuts.
Never had a Krispy Kreme, and don't care for Dunkin.

You know he is smiling because there is a Krispy Kreme across the street. 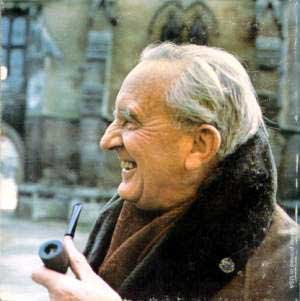 What we do have are a couple of different "Mom & Pop" Donut shops that are usually open from 5:00 am until noon or in the case of one small place, 5:00 am until we sell out which is usually before 11 am. There is nothing better than to walk in to one of these shops and get a dozen hot, fresh glazed donuts.
The other side of the coin is a two-location 24/7 donut shop that have been around since the 1970s at least. Before the smoking ban, everything you bought at these shops tasted like stale cigarette smoke. Indoors smoking was banned 5 or 6 years ago, but I swear the donuts they sell still taste like residual cigarette smoke.

I have never understood shops like that. Do they think doughnuts are breakfast items, or what? I never am in the mood for a doughnut and a cup of coffee til at least 5PM.

I also happen to be a really big fan of Duck Doughnuts too. The first location sprang up on the Outer Banks a number of years ago and they have since exploded all over the place. We have two in Raleigh now, but what started as one location in Duck, NC, turned into almost 200 locations over 11 years. Love this place too, but there's always room for a KK Hot Original Glazed...son of a biscuit eater, now all I want to do it find a KK and go indulge myself. 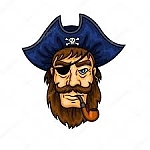 That being said... I'd never turn down a donut.
Click to expand...

I agree, I'm not averse to any doughnut brand. However, my late wife was a Dunkin Donut fan and didn't enjoy Krispy Kreme's sweeter taste. I would shake my head. :crazy:
I would however stop by the DD when I had to ever visit the town that had one. I was her hero on those days!

Krispy Kreme couldn't cut it here, and have closed all but two of their locations. Dunkin does alright, but Tim Hortons is king, and rightly so. 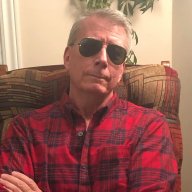 I was wondering when Tim Horton's would pop up. I found KK too sweet.

Part of it for me is that I'm not big on donuts, but Krispy Kreme didn't appeal to me. However, if you're ever near a Hurts Donut chain definitely drop in. They craft gourmet donuts that are absolutely fabulous. Closest to me is about 110 miles.

Don't care for Tim Hortons. Their coffee makes me sick, and their donuts are subpar (too sweet too). I'd rather go to Dunkin, but we don't seem to have them in my city. No KK for that matter either.

If I had a dozen KK glazed donuts, I'm sure I would eat them all. Donuts like ice cream are made to be consumed. I don't buy larger than a half-gallon of ice cream, but having bought it and home, and a walk in the door, grab a spoon and settle in for some good eatin'-that would be all of it!

Mulligan’s, Toner’s or a hundred other pubs are good enough reasons to choose Dublin.

Krispy Kreme couldn't cut it here, and have closed all but two of their locations. Dunkin does alright, but Tim Hortons is king, and rightly so.
Click to expand...