Though not a critical success, whatever that might mean, the movie "Midway," about the World War II sea and air battle near the atoll island in the mid-Pacific, is something of a masterpiece of its kind. The battle was an ambush by the U.S. fleet of the Japanese fleet attack to take over the naval facility on Midway Islands. Code breakers were the critical element, along with U.S. admiralty and daring U.S. pilots flying outdated planes against state-of-the-art Japanese zero fighter planes. It was just that the U.S. took them by surprise, which was planned, and then picked up the interval of launching planes from the Japanese carriers, such that major ships of the attacking fleet were sunk. The battles (Pearl Harbor, Midway, and the Coral Sea) are masterfully computer generated, so you don't have to watch dodgy models or animation art. Woody Harrelson plays Admiral Nimitz and gets it just about right, violence packaged in dignified civility and shrewdness. The attack at Pearl Harbor is sufficiently horrible, with battle ships folded into churning smoke and flame. The vast loss of life on both sides is illustrated. The Japanese zeros were designed without much metal armor, so they lost pilots they could not replace. So decisive was the battle that the Japanese sequestered some of their major battle wagons for the rest of the war because they felt they couldn't afford losing them. See it. It's powerful.
Reactions: lestrout, kurtbob, madox07 and 3 others

That’s one I want to see.
Reactions: saintpeter and john019

My dad said it was better than pearl harbor
Reactions: saintpeter, john019 and BROBS

skeeter456 said:
My dad said it was better than pearl harbor
Click to expand...

1970's TORA! TORA! TORA! was hands down better then the 2001 Pearl Harbor
Reactions: tuold and saintpeter 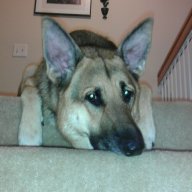 I'll be checking this one out soon.
Reactions: saintpeter

I agree!
Reactions: logs and john019

I want to know about the love interest I’m sure they stuck in the movie.

Why did they remake this when the first one was loaded with stars who could relate to the men acted during the war.
Reactions: Bengel

I'm passing on this one. Too much c.g.i.
Reactions: Epip Oc'Cabot and logs 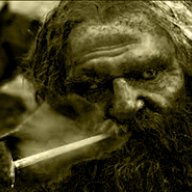 Looking forward to seeing it, I’m sure it’ll be entertaining… trouble is I’ve just watched both trailers on youtube (1976/2019) and I kinda want to see the '76 version again a bit more than the new one

I am looking forward to this one ... less because of the history lesson, but I hear it has some outstanding special effects, like modern computerized stuff that blows one's mind away.

My grandfather was on the USS Yorktown through all of WWII (both of them) Midway and Coral Sea. Still have his burial flag in a shadow box hanging in my living room so, in a nutshell I will go see it regardless of the reviews
Reactions: Bengel and Akousticplyr

For what it's worth, John Ford's Midway, shot just after the event is on the TCM channel tonight. I believe Ford was a Lt.Cmdr. when he put the movie together. "History by Hollywood"? Sure, but some of the folks (advisors/extras/bit players) were actually there and battle footage is used. None of that CGI crap, real humans going down in flames. 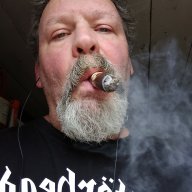 This is the half hour movie Ford put together, under orders, for the USN. 18 minutes long for thos with a limited attention span. They advertise "filmed as it happened." A bit of a stretch but, a lot of the footage was gun camera stuff.
Reactions: kurtbob

warren, John Ford is depicted in the 2019 "Midway," setting up cameras on what is represented as the beach on Midway, and later, apparently wounded himself, gruffly commanding his cameraman to keep shooting. I think they just used some beach for the scene. I believe the islands themselves, and there are actually two islands and some spit islands out there, weren't shown. It was a sea/air battle, fleet-to-fleet, and the island was hit but not central to the action. Hollywood history? Sure. The love interest was pilots' wives. I must say, 1940's hairstyles are usually depicted as stiff and dated, but these women mostly looked great. In terms of history, I thought the computer generated battle scenes were genuine in their horror. It might make anyone go read a non-fiction book.

I beg to differ, the Island was central to the entire battle. The civilian and Navy forces subjected to a vicious air attack would argue your observation. The Japs dearly wanted the strips on Midway for defense.

Many of the US forces were launched from Midway, B-17's included, against the Japs. If the Japs hadn't wanted Midway, their fleet wouldn't have been there, undefended and totally surprised. The US finding the Jap fleet, sent properly armed forces to attack the fleet. The Imperial forces were hoping to take down some US Navy carriers but, were totally surprised by the early/timely arrival, overhead of US Nave air forces. They wanted the island first and then to take on the US naval forces. The Japs spent almost the entire battle with planes primed to attack ground forces away from the fleet. All they really had for defense was AA.

warren, not disagreeing there. I was on Midway for months, and there is plenty of evidence, machine gun emplacements, and ammo bunkers. The islands were absolutely the object of the Japanese attack. And the air field was central, both coveted by the Japanese and used by the U.S. Also the Japanese lost the offensive changing over from ground attack to sea attack weapons and lost ships on account of it. That's well dramatized in the flick. I believe some of the hangars wouldn't have been there if the Japanese had completed their ground strike. Most were Korean War and later, but a few were certainly WWII survivors.