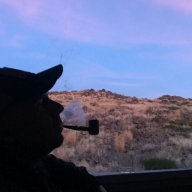 I'm going to (re-)tell a relevant, tiny slice of my life story thus far.
I used to work for UPS for about four years throwing freight in a warehouse, loading trucks, eventually doing nearly every job I could. Right before I decided to part ways with the union side of things, I went management, and get fired shortly thereafter. That was the culture there. Adversarial. It was the worst environment at the best of times, and downright hell in the worst. The people there at all levels were largely angry, unhealthy, physically and mentally battered, alcoholism and drug abuse was rampant, and all because they got a passably-decent paycheck to sleep in houses they had little time to enjoy and drive cars that only impressed each other in the employee parking lot.
At 5'-9", I weighed around 240 lbs. I was an angry, fat-yet-fit asshole who packed on the pounds and muscle via pointless determination and beer. I was on three different asthma medications, my back was ruined, my knees started giving out, and at 27 years old, if things didn't change, I couldn't see myself being much different than people I knew who were having heart attacks, diabetes and halfway dead by the time they hit their mid 40s. I was upset, hopeless, scared and desperate. Something had to give, be it me or my obstructions I had created.
Getting fired was perhaps the best thing that ever happened to me in that job. Things changed, because I had no choice. I changed my diet, simplifying it from eating truck stop shit-on-a-shingle and gallons of beer to significantly upping my intake of vegetables, greens and daily fiber and reducing the processed proteins and animal products. This included determining where my food came from, how it was handled and its quality. I started training in martial arts again. I started walking, hiking and getting outside. I started smoking a pipe, which allowed me to sit for more than 30 minutes and actually relax. I switched from beer to whiskey, and kept intake to moderate amounts. I began meditating. I sought jobs that suited me. I gave up destructive people and surrounded myself with good ones. I shut off the television nearly permanently. I began gardening. I read more, thought more and did more.
Everything was improving, head to toe. I dropped 40lbs in about a year.
Stage two of this meant doing more of what I did before, more training, better portion control of what I was eating, adding a little more quality fat and protein in my diet, etc. I noticed I no longer needed my rescue inhaler, ranitidine for GERD, or one of my asthma pills. I am now 37, I weigh 165lbs, and I'm healthier than I was in my early 20s.
Our bodies are chemistry. We get out of them what we put into them. It's no secret side-effects and questionable unknowns about pharmaceuticals can affect users adversely, and it should be up to the doctors to determine if the treatment is worse than the disease. Which is why change of lifestyle is pushed only second to taking a magic pill to change things that often can be changed by the individual. More money is made keeping cattle corralled, and personally, I got tired of being a mental and physical cow.
Health isn't a bad word. You see sick people in hospitals, like health food stores, because there's something wrong. Like fit people hanging out at a gym. Like seeing obese people in McDonald's. They're trying to fix a problem, or exacerbate it. Something is motivating them to be there.
We all gravitate toward that which either enhances or alleviates, because there is no such thing as a person free of problems. It's how we deal with them that matters. Like pipe smoking, for example...someone could very well chastise me for taking it up as a part of my health regimen. How funny it is to have discovered native Americans used to use it in small sweat huts on hot rocks to help with asthma. Interesting, I thought, after exposing myself to a little "hardship" with touches of tobacco smoke now and again were doing me better than the clean, stagnant air the doctors told me I required along with daily medications. It's as if pushing my lungs to do what they were designed to do, work on their own, to get strong on their own via adversity...well, it seemed to fit just fine when addressed this way. It was a package deal, mind, body and sure, probably spirit if you're inclined to think that way.
I don't know what holistic means overall, besides the direct definition--which means I don't know what it means to me. Homeopathy seems like stupid voodoo. Non-Western medicine could be quackery. I don't believe, I don't not-believe, I simply try stuff. If it works, cool. It might be psychosomatic. It might be real.
What we understand as health, as a subjective word, as a noun, adjective and feeling--is it working? Like many faced with mortality, I had to ask myself, "Am I doing okay?"
The answers were simple: "No?" Ask why, learn, and change it. "Yes?" Keep it up. "I'm not sure." Ask for help.
Life's too short feel or be shitty. There are many paths, big or small. Find yours, and be objective to whatever that means to you. Above all, try not to let preconception, be it products, methods, terms or concepts from a pharma-peddling doctor or a zealous hippie steer you toward (or away) from what could be a surprising benefit. It's not them that has the final say. It's you.
And it's worth it.

Which is why change of lifestyle is pushed only second to taking a magic pill to change things that often can be changed by the individual. More money is made keeping cattle corralled, and personally, I got tired of being a mental and physical cow.
Click to expand...

Great story, and I concur. Especially about bailing out on horrible stressful "career" options.