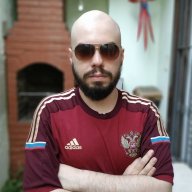 ghingo said:
Greetings! I've been a few times in Rio De Janeiro on my way from Italy to Montevideo ... beautiful place and fantastic people ...
Cheers
Click to expand...

Grazie! I've never been to Italy, unfortunately, but I've met some awesome Italian people on the Internet and when I lived in Germany for a month.

Tack så mycket! Svenska is one of the languages that I learned a bit with help from friends and Duolingo!


FurCoat said:
Welcome from North Carolina. Also a metal head. Sepultura is one of the greats.
Click to expand...

Indeed they are. I've seen them live in São Paulo when they opened for Metallica. I actually love their newer stuff too, Quadra was an amazing album imho.


WeirdUncleJimmy said:
You have a very interesting introduction! Welcome from another new member. I laughed at your weather matching comment. I live in South Texas, so similar situation.
Click to expand...

Haha, I won't stay away from my Latakia even if it's scorching hot.


puff_not_snuff said:
Boa tarde. Been to Rio maybe 12 times, was renting an apartment on Rua Gustavo Sampaio around 2004.

Near Leme beach, huh? That's one of my favourite places in the city!


Trainpipeman said:
You have a very nice introduction, Rico.

Thanks . I just love languages and I will hopefully learn many, many more.

kcghost said:
Welcome from KC in the USA!!
Click to expand...

Now THAT's a coincidence! The American friend I mentioned that sent me some tobacco for Christmas is from KC!

Go raibh maith agat! Or in the other Celtic langauge that I was learning, Welsh: Diolch yn fawr! I hope you're enjoying São Paulo. Although I'm from Rio, I love Sampa and I've been there like four times just to watch metal bands that do not come to Rio. Sláinte!
Reactions: kcghost, timelord and Trainpipeman 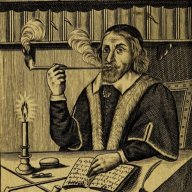 Obrigado! I'm almost both of that. My great-grandfather was from Guimarães in Portugal
Reactions: LEP7cv 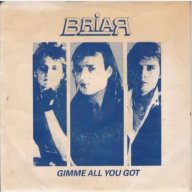 Welcome from the UK!
Reactions: RMGadelha 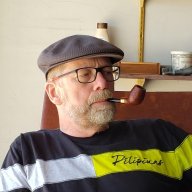 Sounds like Cornell & Diehl's Pirate Kake was made with you in mind!
Reactions: frozenchurchwarden and RMGadelha

WeirdUncleJimmy said:
Sounds like Cornell & Diehl's Pirate Kake was made with you in mind!
Click to expand...

That has been on my list for a while now. While I do love latakia, I also like balance. Is Pirake Kake one-note (as if smoking straight latakia) or can you pick apart the other components? 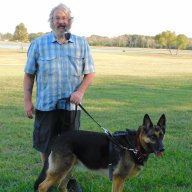 Welcome from northeast Texas. I smoke Pirate Kake regularly and add straight Lat to it. It's got some other varieties in it in addition to Lat, from what I understand (I may be wrong).
mike
Reactions: RMGadelha

RMGadelha said:
That has been on my list for a while now. While I do love latakia, I also like balance. Is Pirake Kake one-note (as if smoking straight latakia) or can you pick apart the other components?
Click to expand...

I haven't actually smoked it for exactly that reason. Too much of a good thing. I HAVE smoked their Orient Express which is something like 40% Latakia and rich and complex. A true pleasure to smoke.
Reactions: RMGadelha

And...I just got a tin of John Cotton's Double Pressed Latakia, which I like quite a bit. Definitely not one note. It comes in a rather solid, almost plug like crumble Kake form.
Reactions: RMGadelha

That was along intro, but I was glad to get to know you.

Welcome!
Reactions: RMGadelha
You must log in or register to reply here.