Richmond B. Funkenhouser said:
Yes sir. The History Channel did this.. They got bored with history, and started to sensationalize everything that ever happened. They came with aliens, time travelers, fake pawn shops... you name it.
Click to expand...

This was the last resort after programming that was almost 100% dedicated to Nazi Germany stopped drawing viewers. I swear, for a while there I thought they were gonna change the name from The History Channel to The Hitler Channel. They still have an inordinately large number of shows about Hitler, the SS, etc.

I mean WWII is interesting from an historical perspective, but how many shows about the “Third Reich” can you possibly air without being redundant?

renfield said:
So true it gives me a cerebral hemorrhage just thinking about it. Sadly, pretty much every channel in the Discovery Channel portfolio follows the same formula. I’m waiting for the story that Oak Island sank into the waters as a result of all the idiot holes bored into it.
Click to expand...

I will admit, I do watch the Oak Island one. I kind of have a love/hate relationship with that one. The narration and writing/production is stupid as hell. They dig a hole, find a friggin’ rock, and the narrator says “A rock? In the ground? Could it be that this stone was placed in the dirt by Knights Templar?!”

It’s so bad it’s laughable, and the way they’ve strung the show out for so long with meaningless filler is pathetic, but that said, I keep watching the garbage because I think there’s actually something there, and did long before the show began. My personal hypothesis is that a sinkhole swallowed a pirate or privateer ship that might’ve been harboring there, but who knows. The fact that they found human bone and bits of parchment at a depth of 90’ (or more, I can’t remember), says that there’s something of at least minor historical interest there.
Reactions: Richmond B. Funkenhouser

Now we have our very own sculpture in the UK! I just wonder how long it will last 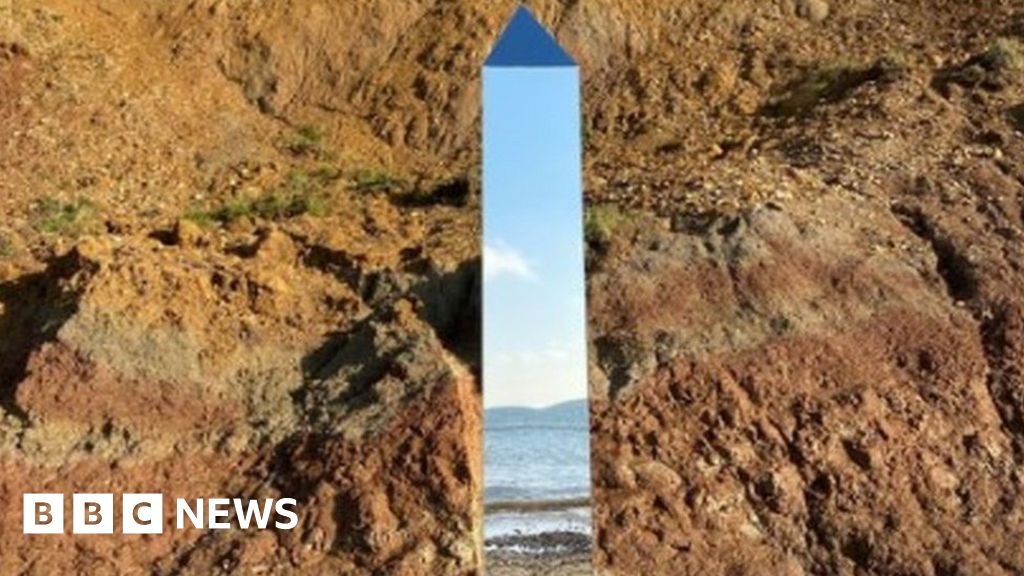 'Magical' monolith appears on Isle of Wight beach in the UK

It is a tad better to use the term "Metal Obelisk." At least Obelisk doesn't 100% imply what the material is.
Reactions: mawnansmiff

"At least Obelisk doesn't 100% imply what the material is."

Actually it does Michael, but I guess metal obelisk would describe these structures.

mawnansmiff said:
"At least Obelisk doesn't 100% imply what the material is."

Actually it does Michael, but I guess metal obelisk would describe these structures.

Yes... but that definition is based on historical obelisks. Kind of like the word cabin... implies a small wooden house, but the term "log cabin" definitely implies the materials used. "Monolithic obelisks" is how you'd normally see the term used in art history. But, there is no modern production of obelisks (until now) to reaffirm new materials. But, "obelisk" doesn't have the Latin for stone built into the word like mono-lithic does. So, it is easier to redefine the word, obelisk, than it is to redefine monolith.
Definitions change all the time, but to change the meaning of a word meant to imply a specific material is more absurd.
You must log in or register to reply here.