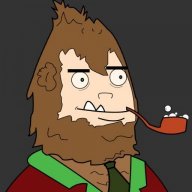 I've watched Godless. It gets gradually better as it goes, because its a flashback driven series. You jump in somewhere in the middle of the story and then get fed bits and pieces of the past. There is some good acting and it has some star power. I think its ok. I'd give it 6.5/10 in my book. It's just kind of slow, I think it could have been done in half the episodes. But that goes for a lot of Netflix Originals. I would even prefer the old Young Guns movies over this one. Just my two pennies

So what is a good follow up to Longmire? Something on that level of great acting, nothing gratuitous, plot-wise. I hate when I see a predictable cheap shot coming. Longmire often set you up for an easy cheap shot, then twisted it.

I've watched 4 episodes of Godless and the acting and story line are terrible. I think I'm done with it? I mean it's pretty awful.

I've watched 4 episodes of Godless and the acting and story line are terrible. I think I'm done with it? I mean it's pretty awful.
Click to expand...

Well I guess not everyone can like it :rofl: Personally though, I found most of the actors pretty decent.

Man, I'm going to miss "Longmire." I joined Netflix just to follow that series after it was given the boot by A&E. (Aging fans skewed the demographic A&E was chasing. Consequently, A&E can blow me.) I really enjoyed the novels and short stories by Mr. Johnson and I hope he was pleased with the way they finished off this last season. It wasn't cheap, mawkish or maudlin. Some favorite characters stepped off the plank, relationships were cemented or left to the imagination and I appreciated the new beginnings so many of the main characters were embracing. It was a satisfying conclusion to a group of characters I enjoyed visiting week after week for quite a few years.
But "Godless" better than "Deadwood?" Madox, you're wrong, of course, but I promise to lead you into the light gently over several bourbons. This might make our cousins smile but that show was the first time I ever heard one man call another man a c*nt. Whoa, really? You can call a guy that?
Dan, our resident frogman is pretty keen on Amazon's "Tin Star" and it is, hands down, the best work Tim Roth has done in many years. A big plus is that the Canadian Rockies have never looked any prettier. Roth also calls one of his male deputies a "tit" and that was a new one for me.
Sorry for the slight detour, Anthony.
Fnord

Sorry for the slight detour, Anthony.
Click to expand...

Not at all. I'm going to miss Longmire as well. I've got a couple more episodes to watch and it's sad there won't be another season to look forward to.

Godless is very good. And I already miss Longmire. Ugh.

Glad you enjoyed it Woodsroad. I just finished Longmire and I'm going to watch Godless a second time in between episodes of season 4 of Turn.

I liked Longmire, too. Now I have to find what to watch next. Maybe I'll pick up on the fourth season of Turn, based on Alexander Rose's book. Good historical drama.

Maybe I'll pick up on the fourth season of Turn, based on Alexander Rose's book. Good historical drama.
Click to expand... 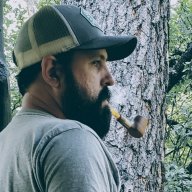 I will confess to being disappointed in this series. The trailer sells a false bill of goods. I found the concept of a western town run completely by women interesting. I love westerns and this seemed like a neat angle to take. The trailer sold Jeff Daniels as some sort of bad guy positioned against the town. I was in. But the town is only a subplot (regretfully as it's the only part I found interesting) and the 3 main characters are all men. That only matters because the series was sold as one thing and is something else entirely. I won't be finishing it.

Anthony, you missed your calling. You should have been a critic. As always, your post was insightful and a delight to read.

Anthony, great series. Thanks for the heads up.

Glad you liked it instymp! I'll be watching it a second time soon.

Roth also calls one of his male deputies a "tit" and that was a new one for me.
Click to expand...

I've cued up to watch but haven't started. I am guessing Roth plays a Brit, and calling someone a tit is not unusual in the UK. But I don't think they use "tits up" for something that has gone very wrong or is dead. Could be way off on that. Can someone confirm? 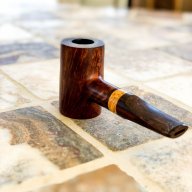 I found Godless to be excellent as well. The director could have veered far left with the whole town full of woman, but I was presently surprised that this was not the case. Interesting and entertaining yet a believable story line.

Lol I think you stopped watching too soon

"That only matters because the series was sold as one thing and is something else entirely."
Your loss. I never watched the trailer, just read Anthony's teaser, and I was off to the races. My wife loved it too, BTW, and she's usually a lot more PC than I am.