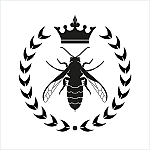 My Name is Earl
Honorable mentions go to Hercules the Legendary Journeys (because Kevin Sorbo is the coolest) and Nitro Circus (because I love action sports)
Until reading this I forgot entirely about Eureka, I need to get back into that show. I loved it but for one reason or another I didn't get very far. Might try watching Hannibal and American Horror Story sometime.

Lost (so layered and nuanced. The polar bear on a tropical island was brilliant/craziest binge watch ever)

Two And A Half Men (the Sheen years)

Through The Wormhole/The Story Of God
Dearth: I'd totally forgotten about Stingray. Great show at the time. Never seen it again and wonder if it stands.

Man in the High Castle

It has been said before, but...
Twin Peaks and Battlestar Galactica, I have watched both of these twice.
I also enjoyed the Terminator TV series.
The first season of 24

Fargo
There are so many others. We are in the golden age of television.

How could I have forgotten Fargo, it's top 5 for sure (probably bumps the Sopranos).

Westworld is also a current favorite.
I just finished the 2nd season of Gomorrah, wow, what a violent roller-coaster and a well done series (the movie that inspired the series is a pale comparison). I'm never going to Italy...

I'm a fan of smart writing, wit, and a bit of surreality.
The Good Wife

Warehouse 13
some others that I think are great:

My Name Is Earl

Are You Being Served

Tbh I don't watch much TV anymore other than sports. The stuff is such crap, written by and for idiots, with the main emphasis being product placement now that people can DVR everything and skip the commercials. That, and the proliferation of "reality" shows that pander to imbiciles who actually think they aren't scripted and contrived...and again, the major emphasis is product placement. The last, and arguably the best TV series, I ever saw was Newsroom. Brilliantly written, cast and acted.
Btw the show was called Have Gun Will Travel. Palladin was just the name of Richard Boone's character. I used to like it when someone took his gun away and he pulled that little derringer out of his belt and shot someone with it. As if that pea shooter was powerful enough to stop a hulking cowboy unless maybe he shot him in the eye.

And the NFL isn't becoming crap, with rules against every sort of contact, running around wearing pink and giving 15 yard penalties if players just celebrate a great effort? You don't think some of that is scripted too and with product placement? Sports are the ultimate reality show, overpaid, moving vast amounts of merchandise. Seems you may have run out of things to watch. :mrgreen:

It was inevitable that someone would trash tv. We are in the golden age of television. If you disagree, you haven't been paying attention to what's great, instead focusing on the garbage.

Indeed. There's a ton- a battleship full- of garbage, but there are also gems. We were asked about what's good, and I don't believe anyone but shutter mentioned "reality tv" which, of course, isn't.
I'd like to see three or four current shows that folks are enjoying.
Homeland is first on my list

Blacklist is my partner's favorite

And I am still watching The Sopranos

It was inevitable that someone would trash tv. We are in the golden age of television. If you disagree, you haven't been paying attention to what's great, instead focusing on the garbage.
Click to expand...

It's cool to trash TV, and there certainly is plenty of garbage, but there's also some amazing writing/directing/acting/photography out there.

The Young Pope is already making lists? Doesn't it start this weekend? I have high hopes for it, but fear that it has just been over-hyped.

I forgot to add Poldark, Luther and Bosch.