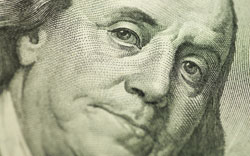 Allow me to pose a question: If you were able to sacrifice the few for the many, throw a couple of people under the bus so that the mass majority would be saved, would you do it?

This question has been at the core of the utilitarian conundrum since the discipline’s inception, and yet the mass majority has still failed to see the relevance of the question or how it applies to modern life.

Therefore, allow me also to pose a scenario, a more specific example that has arisen from this age-old philosophical debate: If you were able to update children’s health care, ensure that the programs utilized to help pay medical costs for children in need continued for the next five years, but in exchange you had to increase tobacco taxes and indirectly encourage people to smoke so that the program could be funded, would you sacrifice the health of adult Americans for our country’s children? 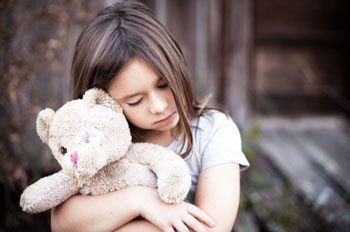 In 2007, the State Children’s Health Insurance Program (SCHIP) was given additional funding via the Senate Budget Resolution’s permit to increase the cigarette tax by between 39-50 cents.

In 2009, SCHIP received even further support with the passage of H.R. 2, which "increases cigarette taxes, the primary source of tobacco tax revenues from 39 cents to $1.00". While, as always, the bill sounds benevolent on the surface, there are still so many red flags that appear when you really think about what this bill has actually done that I’m quite honestly baffled as to the sheer blindness of my fellow countrymen.

Here’s a little run-down on what’s been going on with this issue lately: 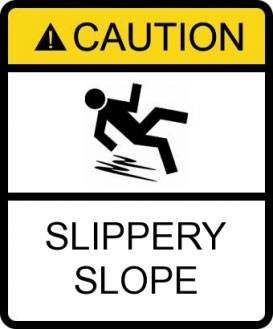 I wish that it could be just tobacco that was facing such extensive tax increases, but given the current climate I fear that it will be all substances that will be used in some way or another to fund these health programs before too long, with tobacco and alcohol leading the charge, of course. But for now, given the context of this publication and the fact that the smoker’s witch-hunt is a far more interesting story, let’s just stick with the tobacco aspect.

One such website has only this aspect in mind especially. NoCigTax.com lists a comprehensive compilation of the many uses and abuses to which tobacco tax money has been put. Here are some of the more ridiculous uses: "broadband-cable networks in Virginia, upgrading public television stations with DVD technology in Nevada, harbor renovation and museum expansion in Alaska, rural economic development in Georgia, tax rebates in several states, and a People’s Trust Fund, which will generate interest income that can be spent at the legislature’s discretion in South Dakota."

I’m sorry, but isn’t the money generated by tobacco sales supposed to be used for funding to help aid the anti-smoking campaigns? Why isn’t this money going to the American Cancer Society? Honestly, I don’t find much of an issue with tobacco tax money being used to fund children’s health care, but at least have the decency to give both sides credence, because the current state of affairs is simply sending contradictory messages with using money garnered from "harmful and addictive substances" to fund frivolous research and states’ pet projects.

In the first article that I wrote for PipesMagazine.com, [Smokers: The Primary Investors In The American Lifestyle] I postulated that, because of the heady increase in taxes and the somewhat meager earnings that non-profit organizations and anti-smoking initiatives earn, smokers are indirectly the biggest financial backers of the American dream. However, in light of this new evidence, I feel I must rephrase my previous assumption: smokers are not the primary investors in the American way of life, but are in fact the primary investors in every facet of American life, including now not only health care initiatives, but something as mundane as updating the quality of state television.

The thing is, quite literally, that legislation directed at taxing tobacco is contradictory at best and downright paradoxical at worst. The government claims that small businesses are the backbone of America, but just recently in Nebraska a 225% increase to the excise taxes on certain tobacco products threatens to harm those very same businesses which they claim to support. Just because they’re selling tobacco and tobacco products does not mean that these businesses deserve any less than the same courtesy that is extended to all other avenues of business, and yet the witch-hunt continues. 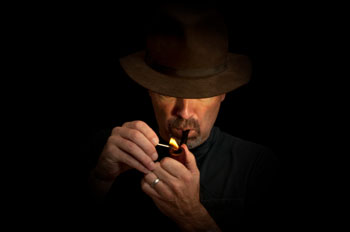 These are precarious times in which we live. The fable of the American dream is crumbling under the iniquities of its progenitors, and those who are left amidst the aftermath are the jaded, the cynical, and the skeptics. Smokers are finding themselves more and more aligned with these individuals based on the sheer effort it takes to enjoy something as simple as a smoke without having to fear criticism from passing strangers, unpleasant surprises at the cash register, or obnoxious commercials aired on television which depict everyday smokers as disgusting trolls who repulse everyone around them.

Therefore, I say that it’s high time that smokers get their due: if the money generated from my purchase of a pack of cigarettes inadvertently helps to fund a form of children’s Medicare, I would like a thank you from those passing strangers rather than a disgusted look. If every pull I take on a pipe leads to your state getting better quality television, I want a commercial aired that recognizes the vital role that smokers play in our society. And if I decide to enjoy a cigar, you better believe that I’m going to expect to pay what’s fair when I purchase it rather than feel guilty that I just spent half my paycheck so that the governor of Florida can buy himself a new golf cart.