This thing of ours, this pipe passion, and tobacco zeal are quite extraordinary. And why is our pleasure so special? Oh, let me count the ways.

Pipes and tobacco connect us not only to history but also to the very Earth we inhabit. Briar and tobacco leaf originate and grow from the soil, of course, to state the obvious. From dust (stardust, of course) to dust, as it were.

With that intro, the Pundit would like to ramble a bit about a love affair with traditional English pipe styles.

It’s a thing. Our thing. Some of us enjoy the tried and true English styles, while others of us go for the dashing Danish or Italians. And, the Pundit does indeed have Danish and Italians in the collection, straight grains, plateau rims, Italian giants, and more.

But the majority of my beloveds are English. I include Peterson’s in the English category, but we won’t get into the politics or history of all that mishmash in human interaction. Please just accept the Pundit’s personal and broader explanation.

Neither will we look over our shoulder further beyond that bold statement, something might be gaining on us, to steal a famous phrase without remorse.

Now then, where were we? Yes, English traditional pipes.

For years I lusted for a Dunhill, dreamily sold from the Duke Street St. James shop in merry old London.  They were just too many light years away from a Pundit price range at the time. But finally, later in life, the Pundit purchased a White Dot.

[Editor’s note: The official name of Dunhill pipes these days is: “Alfred Dunhill’s The White Spot”.]

To tell the truth, that dot was a bright beacon beckoning to me. It spoke of tradition, history, romance, love, literature, poetry, and humanity to a struggling writer.

It took me months before I could bring myself to smoke that beautiful billiard. But smoke it I did and have ever since.

And subsequently to that first epochal moment, I have been able to acquire not only other Dunhills, but a Barling, Charatan, a Ferndown, James Upshall, a Lowe, and one of my prized possessions, an Ashton presented to me by William Ashton-Taylor after I won a pipe club raffle.

To say that was a thrill is an unpolished understatement. The late Bill Taylor was a skilled pipe craftsman, in the true English tradition.

After all, he had trained at Dunhill before setting sail on his own. Over time, I also acquired several more Ashtons, now in the capable hands of Jimmy Craig, who took over the Taylor workshop when Bill died Sept. 16, 2009. Jimmy continues to craft pipes in the Taylor grace and design. At least that is the Pundit’s view.

And in recent years, the Pundit has found another new English traditionalist to follow.

Ian Walker hails from a long line of pipe makers in England and creates exquisite pipes.

Several years ago, the wonderous Chicagoland Pipe Show held at the Pheasant Run Resort was not only an eyeopener but an exposition of amazement.

I’ve never seen so many pipes in one place. It was like a dreamland experience.

During that time, I met Ian Walker of Northern Briars. Naturally, I purchased one of his truly fine pipes.

Since then, I have acquired other Northern Briars simply because I am quite enamored of the quality and the history that seem to glow from his pipes.

Ian designs his pipes in many respects with an eye to English pipes past. The Dunhills and Charatans of old find new life in his modern iterations.

This attention to historic detail has attracted me over time, as I said, and recently I purchased a Northern Briar I didn’t know existed until I saw it on Maxim Engel’s website, pipes2smoke.com.

It’s the “Countryman,” based on a style popular some three or so decades ago.

My nostalgia is running away again. I have retrogressed to my college days when most of my professors smoked pipes, which were of the English, Dunhill, Charatan, and Comoy families of pipedom.

I could only afford a cheap drugstore pipe, but I fancied myself in tweeds and out on the moors hunting or wading the streams pitching a fly with flyrod for trout all the while slowly puffing my English-made pipe.

That’s why I was an English Lit major, of course. My mind did not comprehend chemical formulas, or the deep math required to handle physics. I was too caught up in fiction and literary history to fool with hated chemistry formulas and math, both of which simply eluded me.

I bring all this up because spring is springing and I always wax nostalgic when flowers start to bloom, trees commence their greening and birds begin to find their operatic voices.

Hope you’ll excuse the romantic side of the Pundit. It’s not often I get to show that particular trait.

If you are a mind of true English type pipes, I suggest you drop by Ian Walker’s website. In my opinion, Ian Walker at Northern Briars is making some of the most beautiful English traditional pipes anywhere.

And now back to the Real-Time, Unromantic Pundit.

It’s time for Pipe Smokers of the Past, and who better to lead off that parade than one Gen. Douglas MacArthur!

Missouri Life Magazine has an informative story about Gen. MacArthur and his famous MacArthur pipe, a pure cob from Missouri Meerschaum Co. in Washington, Missouri.

And that is the pipe most see in photos of Gen. MacArthur, whether he’s taking a beachhead or just hanging about for the paparazzi.

And here is one of the general’s more famous quotes:

We are not retreating – we are advancing in another direction

And the more memorable: 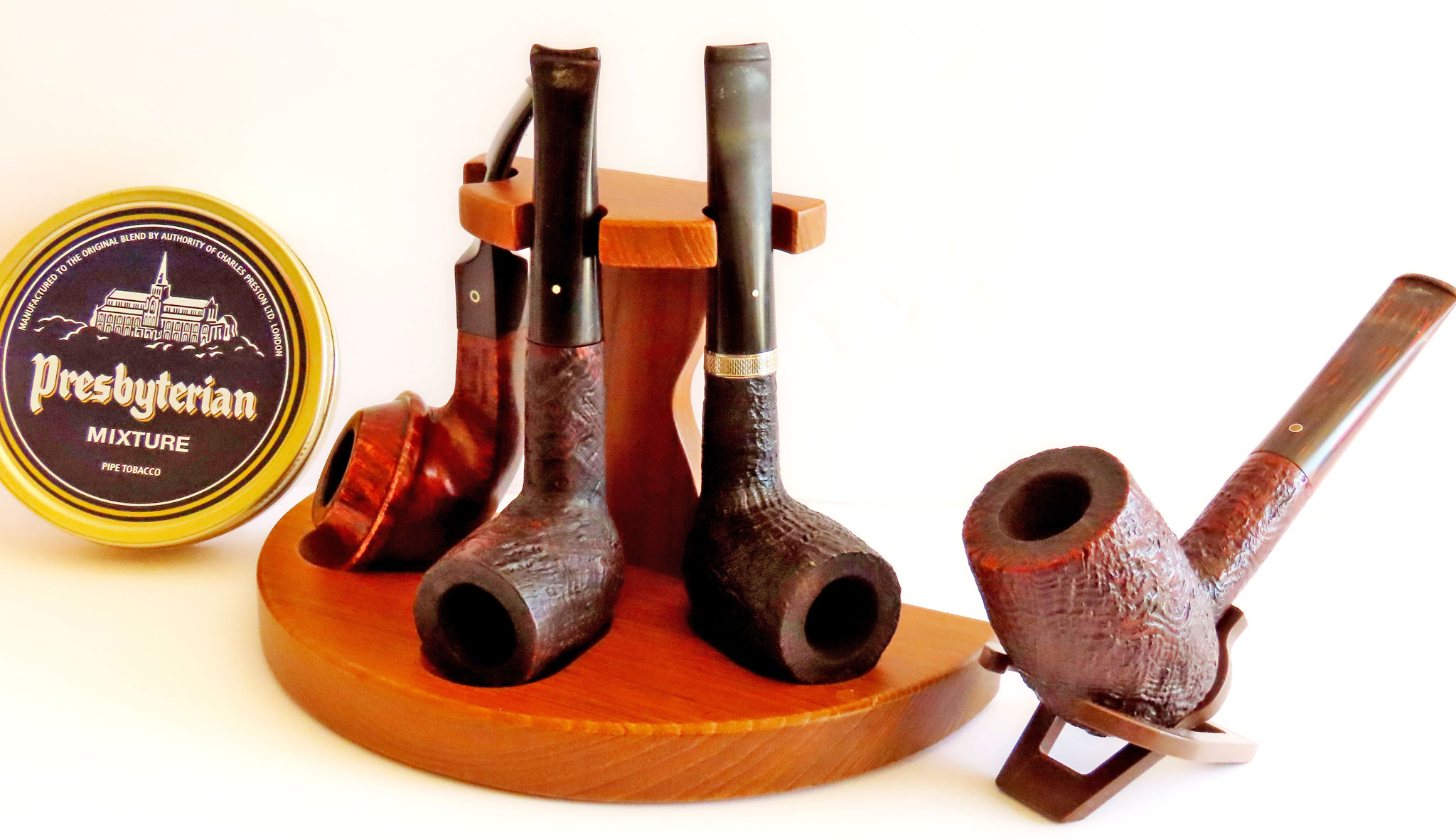