Turning Toward the Light

The future ain’t what it used to be—Yogi Berra

Despite the dark intrusion of Covid-19 into our daily lives, social joys and reality, and the end of baseball season as we knew it, the Pundit refuses to give in to despair.

Take, for example, what that great New York Yankee baseball Hall of Famer, three-time AL MVP and consummate philosopher, Yogi Berra, said about such times: When you come to a fork in the road, take it.

Or, even better from Yogi: If the world were perfect, it wouldn’t be.

It is undeniable we are at a crossroads in normalcy and culture. Society is being changed, as the history of all pandemics reveals.

Some in alarming ways, such as the Spanish Flu of 1918.

That dreadful pandemic has been estimated (see Wikipedia) to have infected some 500 million people across the globe.

Of that number, it is also estimated that from 17 to 50 million people, even up to 100 million, died from the two-year influenza onslaught.

The U.S. alone lost an estimated 500,000-800,000 to the flu, representing almost 1% of its population at that time.
But as I walk in my neighborhood, I hear the beautiful and cheerful laughter of children. They ride their bicycles, play with the family dog, or run and jump in the grass simply for the pure joy of freedom to be a child. They are not at all burdened by the unexpected fork in the road. Instead, they return to a more normal state—that of play.

This brings me to our beloved pipes.

What welcome reflections on happiness and presence they render in the midst of social distancing. Yes, the Pundit is reading more and smoking pipes more than usual.

Instead of 2–3 bowls a day, I am approaching a half-dozen, depending upon the book or magazine article.

And I have been perusing many a former pipe smoker/author.

For example, if you want a few good reads from those old hands at the written word, and who also smoked pipes, the Pundit has some suggestions.

You might recall The Red Badge of Courage from your high school English class.

I like this quote from Crane: Sometimes, the most profound of awakenings come wrapped in the quietest of moments.

And if you want to find fun and weird wrapped in a handbasket and dropped off in the left field, try the late Gonzo journalist, Hunter S. Thompson (the Pundit means read the wild and wooly Thompson, not imitate, of course): Life has become immeasurably better since I have been forced to stop taking it seriously.

And if you want to open the transcendental aperture, Ralph Waldo Emerson from his essays on self-reliance: When it is dark enough, you can see the stars.

One of the Pundit’s favorite Beat Writers is Jack Kerouac, the archetype Dharma Bum.

I purchased the original On the Road when I was in college studying English literature. Kerouac left a deep imprint on my thoughts about writing and how to put words together. Here is one of the quotes, out of the hundreds I could choose, from his book Big Sur: On soft Spring nights, I’ll stand in the yard under the stars – Something good will come out of all things yet – And it will be golden and eternal just like that – There’s no need to say another word.

‘Nuff said. Now, gather round. It is time for the Pundit’s Tobacco Tastings Talk:

Pundit also recommends about any other blend from that wizard of tobacco leaf magic.

And then blends from Wilke Pipe Tobacco, Churchill, #191 and Commander.

If you missed it, there is a good chance you will have to put it on your wish list.

The Pundit was late on the draw for the 2019 version, but not this time around. Grabbed tins to smoke and cellar.

And, as it says on the tin, “It’s how a Virginia flake should be.” Hallelujah.

If you enjoy flakes, this is one of the best the Pundit has ever had the pleasure of smoking.

Savinelli’s 140th Anniversary blend, the 2020 version, celebrates that august, legendary pipe-maker’s history with a combination of red and bright Virginias, Orientals, and a special dark-fired leaf employed in Italian cigars. It is delicious and will not disappoint even the least of us.

Both the Red Flake With Perique and Savinelli 140th Anniversary come highly recommended by the Pundit.

Mississippi River Rum Barrel Aged is just part of the tobacco portfolio from the fertile blending mind of Joe Lankford.

He added rum and aged his excellent Mississippi River blend in rum barrels for a month. You can thank the Pundit later for trying this Virginia crumble kake cut.

The kake is beyond the beyond in good and reminds me of “Life on the Mississippi” by one Mark Twain, who said in his memoir: Your true pilot cares nothing about anything on earth but the river, and his pride in his occupation surpasses the pride of kings.

Now for a couple of Wilke productions—Commander, a black cavendish tobacco with Cyprian Latakia and Tennessee burley, is a mild English and is mmm, good.

Venerable pipe tobacco reviewer Jiminks says it is an “all-day” smoke on the Wilke web page. And it is.

Wilke’s Churchill is what you might expect. It is dosed with cigar leaf, added to Virginia, Burley, Latakia, and Perique.

Jiminks says it is a touch past the mild mark in taste and Vitamin N. Pace your puffing is the Pundit’s advice.

Wilke’s #191 has been around for a while under the Wilke brand. Owner/blender John Brandt says on his bulk tobacco web page this is his No. 1 selling blend.

It combines “vanilla beans and Vermont honey. . . . with Virginias, matured Kentucky Burley and a combination of 3 toasted Black Cavendishes to create this most popular mild slow burning blend.”

And now a parting Pundit shot with a bit of Pipelosophy:

As these seemingly dark days descend, remember to make time for play, turn toward the light with your pipe in hand.

Reflect upon the good things right before your eyes. Be grateful for old friends and old tobacco blends. Give thanks for the wisdom that tumbles into our ears from across the times. 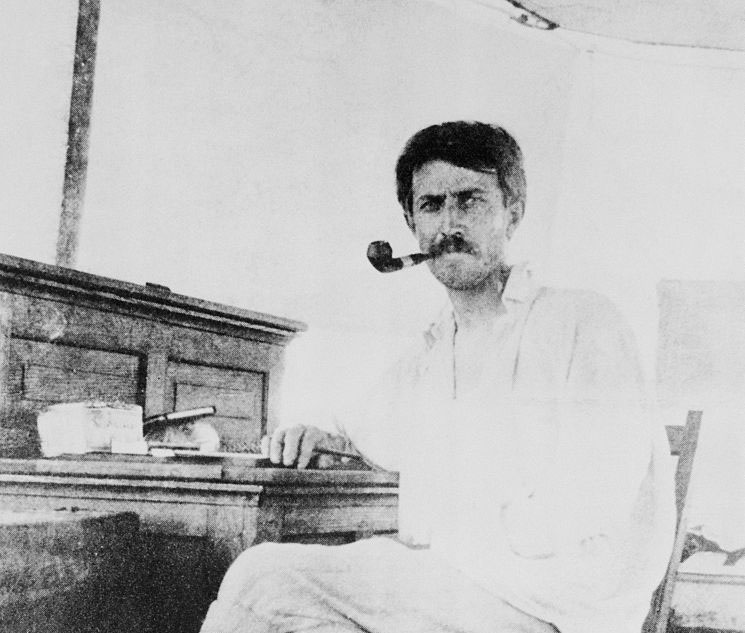