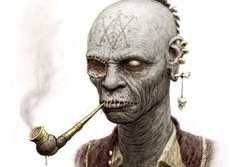 You are probably not going to believe this, especially coming from the voice of doom, but the FDA (Foul-ups, Dolts and Addled) have achieved something extraordinary: The agency has finally done it; they have brought the tobacco community together. That hasn’t happened since the 16th Century in America. Or, thereabouts.

The new Food and Drug Administration rules set down in type in early May and outlined in the Federal Register is a mishmash of bureaucratese that spells out the hated word, prohibition.

You might recall that was an America-wide ban of the production, distribution and the importing of alcohol from 1920-1933. And if you also recall, that didn’t turn out too well. Folks began making gin in their bathtubs. It gave old boys in the backwoods of the Southeast a thunder road!

Of course, prohibition didn’t work. I had a newspaper buddy, a very old, old-timer, who told me he bribed cops with jars of illegally-made whiskey. The cops then alerted him to stories of what the whiskey mob was up to in Minneapolis. That’s what you might call the fox in the hen house.

The FDA’s attention on tobacco has unleashed a torrent of outrage and the threat of lawsuits. It has also pushed the tobacco hoarding movement into overdrive.

I checked one of our sponsor’s sites the other day for a fresh, new blend that had just arrived from England. The new blend was sucked off the shelves in seconds. I barely had time to reach for my credit card. It was gone in a nanosecond, and the ugly notice of "out of stock" flashed across my computer screen.

Now, if everyone will just calm down, the Pundit is offering his handy Tobaccolypse Survival Guide, free under most conditions* (*see the very, very small print). 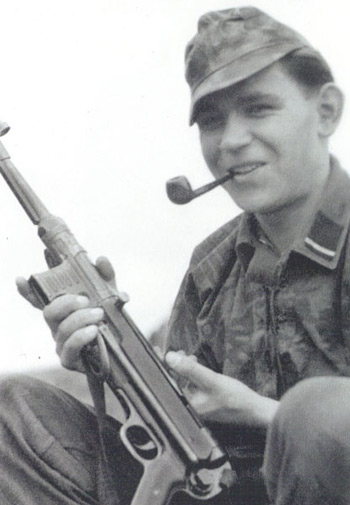 Survival Tip No. 1—Just because the FDA has issued its final decision, does not mean the end of the tobacco as we know it. There are some really wonderful blends that were created years prior to the arbitrary date of 2007. Look those up on tobaccoreviews.com or Luxury Tobacco Reviews.

Okay, now don’t be a ninny. It isn’t all that easy to come up with a blend’s birth year, but it can be done. Do your due diligence, as they say in the biz world.

Yes, it will take a little effort*(*see the extremely small print). You can do this. If the Pundit, the original computer dunce, can find a tobacco’s beginning, surely you or your grandchildren can!

Survival Tip No. 2—As the Pundit understands this labyrinth of FDA regs, the hammer is not going to fall for at least a couple of years. And then, the Pundit is predicting that the major tobacco manufacturers are going to hire entire suites of lawyers to do battle with the FDA. In the meantime, there will be court stays on top of court stays to stop the FDA from making a move.

And, let’s not forget our beleaguered Congressmen, the poor things. They may not comprehend a lot, but they do get mad as hell voters! The more old-fashioned snail mail letters, e-mails, Instagrams, Tweets, Twirps, blogs, your Congressmen, both House and Senate, receive, the quicker they will lift their inertia toward tobacco.

And, uh, last, but not least, many of the boys*(see magnifying small print) and girls in Washington smoke cigars and pipes! Do they really want to 1) pay more for their pipe tobacco and cigars and 2) see their favorite smokes disappear over the FDA horizon?

You may think your Congressmen are working on your behalf, and just to make sure they remember, remind them of their hefty paycheck provided by you the taxpayer.

Nothing succeeds like reminding a politician that those who giveth can also taketh away those precious perks!

Survival Tip No. 3—While on Letters to Congress, also remind the pols that they gave the FDA all that tobacco authority. Congress can also change it to something saner and less threatening to the economy. Thousands of jobs are going to be lost with this new FDA regulation.

The FDA has been given the authority even over your own state laws. In a real sense, this is legislation without representation.

You and I are at the mercy of people who were not elected, and most of us have no idea who or what they are, where they came from, their education, their political predilections (I have to register in my state as to whether I intend to vote as a democrat or a republican).

They can hand down rulings that determine your future, without another single vote by Congress. They are loose, and free to do their own bidding when it comes to food and drugs.

And when did tobacco become a drug? Or, is it a food? Beer is a food group, as we all know. And the Pundit is well aware of all the dope on nicotine as a drug. No need to write me nasty notes about that. But, for the pipe smoker, pipe tobacco is more of a relaxant than a wild-eyed drug.

Yes, the Pundit understands the Centers for Disease Control’s urgent calls that nicotine in tobacco tickles the levels of the neurotransmitter dopamine, which runs along the brain’s pathways that control reward and pleasure.

Of course, the Pundit is also well aware and a victim of the twin compulsions of PAD and TAD*(see microscopic size print).

So, as in all things, moderation is the answer. Be smart and enjoy fewer bowls per day. The Pundit was once a pound-a-week man. Now, he relishes his time with his pipe perhaps every other day, except when he is pontificating on the FDA. Then all bets are off.

Since June 22, 2009, the FDA has had authority to regulate the manufacture, distribution, and marketing of all tobacco products. Remember, tobacco was key in America’s fight for freedom when the fledgling nation fought off insurgent British Colonists.

You could say we are again under the harsh regulations of a kingdom-like bureaucracy that cares only to foster its own self-interests.

Life is short at best. We are here and then we are gone, and we hope that those who come after us recall who we were by our good deeds and actions. 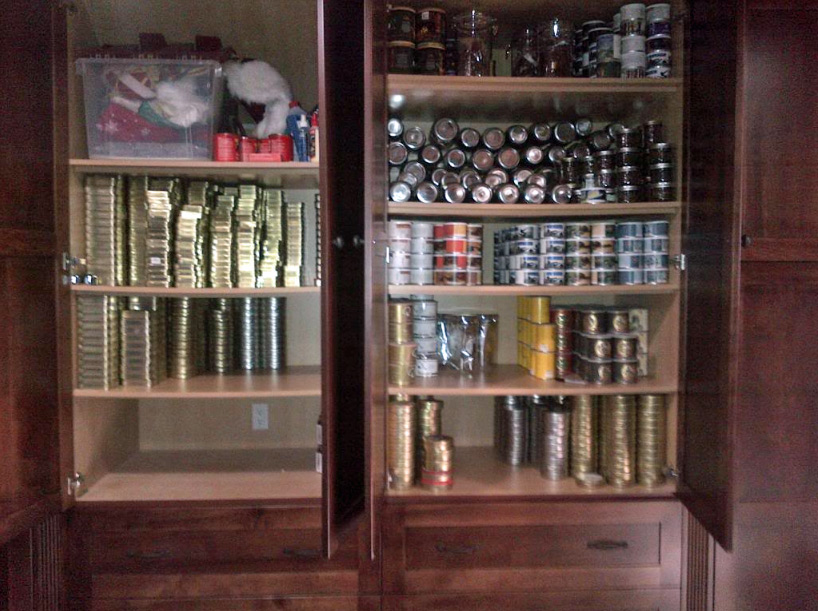 Photo Courtesy of Dean Allan "Peckinpahhombre" in the forums

Survival Tip No. 4—What about new tobacco blends, and some of them are exceedingly good, that come after 2007? It will be too costly, time- consuming requiring a blizzard of paperwork and hurdles to jump to bring them all to market.

Here is where the Pundit believes our community at large can be of help to our blenders. Some of you are master blenders on your own. You have smoked many of the old blends, meaning those that were born well before 2007.

If the new blends can be proven to have tobacco leaf that, say, date to well before February 2007, could not the argument be made that they have "predicate" status as the complicated FDA regs say.

Here is the legal authority used by FDA: Substantial Equivalence (SE in FDA lingo) means that a device (tobacco) is "substantially equivalent if it has the same intended use and same technological characteristics as a legally marketed device, known as the predicate."

The Pundit thinks that there are many of you out there who can find these so-called predicates to help out the smaller tobacco manufacturers. Make a list of all the tobaccos you once smoked. If you took notes way back when, send those to the many online retailers and B&Ms you support.

This may not be a panacea, but it could open a tiny crack in that wall of injustice.

Pipe tobacco is pure. It may have some flavoring, but it is not the same as cigarette-fused chemicals. Pipe tobacco manufacturers take pride in developing new and better blends that are constructed from the true tobacco leaf, just as it grew from the earth. Pipe tobacco, unlike cigarette tobacco, is not some toxic-laden product. And, who knows what’s in the voodoo soup of those e-cigarettes with vape concoctions.

Most of the information to date about pipe tobacco is very misleading. The FDA’s focus has been to prevent children from smoking cigarettes, chewing tobacco, snuffing tobacco, smoking flavored cigars, and vaping with some sort of tool. That is a noble effort, to be sure.

But, be honest now. When is the last time you saw a child smoking a pipe? All right, the Pundit stands corrected. Huck Finn, right?

But when did you witness a teenager pulling out a pipe and filling it with an expensive pipe tobacco blend? We are not talking about roll-your-own tobacco, which got pipe tobacco into the fix we are in today.

The Pundit has never seen a teen smoking a tobacco pipe. Period! We won’t go into those other pipes that are for "medicinal purposes."

Most pipe smokers do not inhale pipe smoke. They smoke for the taste, just like you enjoy a steak, or a finely baked salmon.

We are connoisseurs of tobacco and cringe in horror at cigarette smoke just as you might. We do not smoke pipes the way you think we do.

We sip, and enjoy. Just as you do with a fine, expensive wine, or a superbly mixed drink.

So, when the FDA rules that we are tobacco rogues, renegades bent on killing ourselves and others, you should know that the Pundit considers pipe smokers the mind workers of the world.

We contemplate. We reflect upon our world. We are not wreckers of youth.

And the FDA with its new regulations will eventually impact your world, just as it is impacting mine now.

Survival Tip No. 5—Eventually, the tobacco string will run out. But, it is a long, long way off. The reason? Too much money is involved in pipes and cigars. Too many people find pleasure in their tobacco of choice.

If you don’t want to smoke, don’t! But if you do, help where you can by sending in your history of tobacco smoking blends to a manufacturer.

Perhaps there is a loophole here. It will never be a perfect loophole, since we are dealing with an enormous bureaucracy. But you never know what predicate you might discover.

Then, try not to make a run on all the new blends until the Pipe Pundit has had a shot.