To Our True Best Friends

The older one grows, the more one likes indecency—Virginia Woolf

Lately, I’ve been on a Virginia Woolf reading binge. It’s been an assignment my daughters have given me, to, uhm, broaden my literary horizons.

And I’ve been surprised a bit. I must have missed Woolf in my college English Lit days. I was too caught up in the macho guys to dally with reading what I considered rosy-colored literature or essays.

Lo, was I wrong! Woolf is a marvel of an author who is also considered a significant figure in the modernists’ writers, which include some of my old favs, Hemingway, Faulkner, F. Scott Fitzgerald, Richard Wright. Poets like Ezra Pound, T.S. Eliot, and Robert Frost also made it to my lineup.

The thing my daughters have noted is that Woolf did not receive the kind of adulation reserved for her male counterparts.

Ahem, I’m not going to fight that battle.

So, what has this to do with pipe smoking? Glad you asked. Woolf lived on the immediate periphery of pipe smokers. And, if you check out her novels, you will find that many of her main characters, as well as those in minor roles, also smoke pipes.

Although I have not found that Virginia herself smoked a pipe, she did, however, make good choices in her father, Leslie Stephen, and husband, Leonard Woolf, both pipe smokers.

And the Pundit highly recommends that you mend any holes in your reading education by picking up a Woolf novel. She is experiencing a rebound of sorts amongst the reading public. For good reason. She is a supreme spinner of stories and a wonderful wordsmith.

That’s especially true if you appreciate stream of consciousness writing, a favorite structure for Pundit reading.

You, like me, probably have a pipe you consider to be an old, best friend. Or there may be several elite friends in your collection, but one just stands out as best of the rest on certain days and for certain events.

Yes, the Pundit has several excellent briar buddies. There is one, however, that has attached itself to me for several reasons.

First, and foremost, it smokes! Doesn’t matter what I load into the old boy, it performs as if it was expressly created for that blend.

I can stuff it to the gills with pure Virginia (McClelland’s old 5100 Red Cake comes to mind. Oh, do we miss that blend!) and it handles the chore with ease.

Or, say, one of G.L. Pease’s superb English blends, Maltese Falcon of the Heirloom ilk. My old pal takes it in stride.

Or, perhaps, a rare Virginia-Perique blend from Cornell & Diehl, in the order of Chenet’s Cake in the Cellar Series. Or, again with C&D, one of its stellar burleys.

The pipe I’m referring to is a Peterson issued in 2005 on the 140th Anniversary of Charles Peterson opening his shop in Dublin, Ireland.

It is a reproduction version of Peterson’s original large personal pipe. Only 300 or so were produced, so it has been reported, of the repro.

The Pundit snapped up a chance to buy a piece of history. And, so happy I managed to pull it off.

The Anni Pipe, as I affectionally refer to the 140th Pete, just handles anything I throw at it.

And it goes with me on all my walks, a habit that has become all the more important to me in the last year of our unpleasantness.

It helps me to concentrate on the life chirping and scratching the edges of a greenspace beside me in my walks.

This beautiful bent billiard System pipe reminds me of Mark Twain, who was often photographed with an ancient Pete System pipe.

Mine, mind you, isn’t as chewed or as gnarled as Twain might have created with his Pete.

Many a time, walking and pondering, the Anni has assisted my working through a problem in life. It has been instrumental in helping me uncover many a remedy to what seemed such a tall order.

I’m certain you, my pipe buddies in Pipedom, have a similar old briar pal that is dependable and indispensable.

They are true treasures.

And now a couple of Pipe Smokers of the Past:

Wystan Hugh Auden, known in literary circles as W. H. Auden, was an Anglo-American poet, famous for his style and technical writing skills.

And then there is the master craftsman and storyteller, John Steinbeck, whose many stories defined the misery of the Great Depression.

But Steinbeck, an occasional pipe smoker,  was also more than just a top tier novelist. He crafted an amazing book in 1941, The Log from the Sea of Cortez, displaying his gifts not only for words but also for his scientific mind.

I am fond of this quote from the Sea of Cortez book since it reminds me of my many trips to The Grand Strand of South Carolina’s low country:

One who was born by the ocean or has associated with it cannot ever be quite content away from it for very long—John Steinbeck, The Log from the Sea of Cortez

And finally, in summing up for February, I consider it to be a real privilege to be a pipe smoker.

We are in such great company in those who made and wrote the history of the world, the great thinkers, scientists, and world leaders.

I hope that all my pipe buddies in Pipedom are enjoying this time of solitude, perhaps, in a way that only a trusted pipe can reinforce with true feeling.

That one best friend, your pipe, is there in the midst of all of life. For the Pundit, the pipe represents all that is good in the world—friends, conversation, books, and above all pipe smokers.

Here’s to us all and our true best friends. 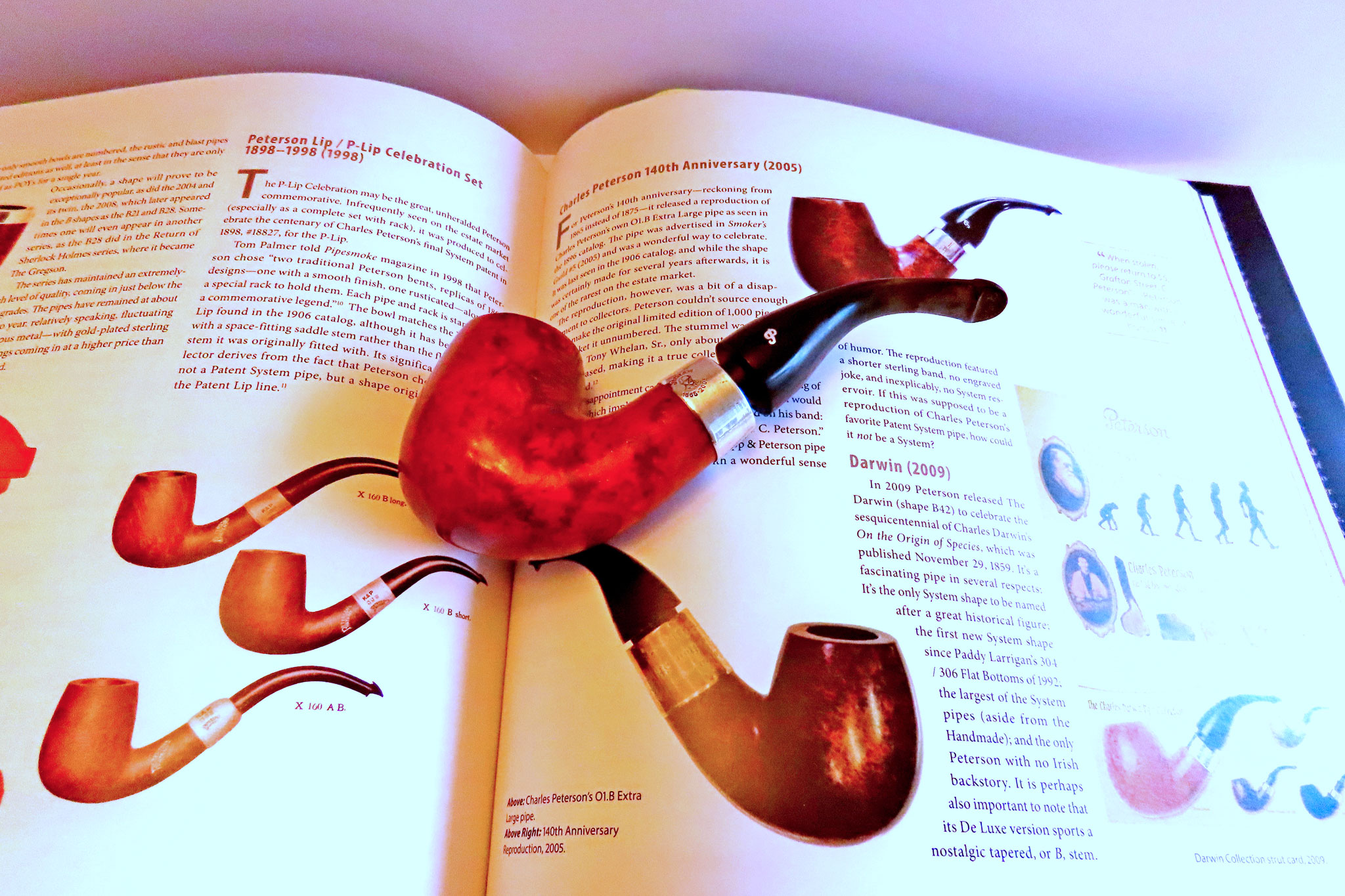