The Other Side of the Street 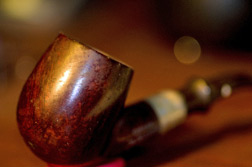 Well, go on with you, now. The FDA is taking a breather from its ransacking of the tobacco industry, especially pipe tobacco, so the story goes in a recent Washington Post epistle.

Yeah, sure. I’ll believe it when I see the cold, hard, results. Don’t fall for all the smoke and mirrors and let your hopes run amuck. This looks like and smells like fool’s gold to me.

Here’s my take (and please take it for what it’s worth): The boys and girls who work for the FDA have had a front-row seat watching as other large bureaucratic watering holes have been stripped almost naked by the new administration.

The FDA workers don’t want to feel that same hot breath breathing down their white-collar necks. Why, heavens to Betsy, something similar might punch a hole in their cushy jobs and lives.

So, naturally, the FDA has agreed to hold up a bit on "deeming" rules for tobacco.

This is just to give congressmen who live in tobacco-growing states a little cover when they do a town hall gathering and feel the fires crackling beneath their feet.

And, speaking of congress, they can change these FDA deeming rules anytime they like. They voted the deeming regulations in and they can vote them out. Easy as that. The president doesn’t have to do a thing but sign the bill.

Surely a regulating-hating president such as Donald Trump would sign anything that would get rid of onerous job-killing deeming regulations.

We all know the prez neither drinks nor smokes. Okay, but he hates high unemployment figures and if the deeming rules do go through, lots and lots of folks are going on the unemployment rolls. Many tobacco refugees already have.

This would be on his watch, and we know how Trump feels about "losers."

But, the Pundit is just not convinced we are home-free yet. We need to see the hand-writing on the executive order, or congressional bona fide law to feel easy about this. This thing is not done!

In the meantime, it is surely kind of our tobacco surrogates—CRA, IPCPR and the Vaper industry—speaking up for themselves and us. 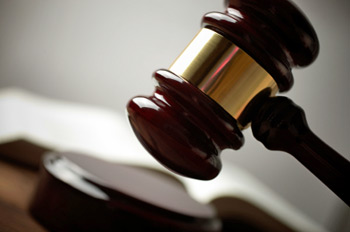 While we are considering the FDA and its ridiculous rules for pipes and tobacco, the White House minions might just consider asking Congress to rewrite the entire Family Smoking Prevention and Tobacco Control Act, signed into law by President Obama June 22, 2009.

This is the Act that gives the Food and Drug Administration the power to regulate the tobacco industry.

The FDA took this mandate and, as expected, went about the job of crippling the tobacco industry, with some help from mega cigarette tobacco manufacturers and wild-eyed zealots.

Thanks to the emergence of such tobacco advocates as Cigar Rights of America and the longtime activism of the International Premium Cigar & Pipe Retailers (IPCPR), we now have a little light shining on the draconian FDA regulations.

Here’s the Pundit’s point: The White House should ask the FDA to show documentation of the last time anyone has seen a teenager smoking a $10-20 cigar, or a $10 one-ounce tin of pipe tobacco in a $200-$400 pipe?

Those dollar amounts are about average now for either a good cigar, or a briar and decent pipe tobacco.

Some premium cigars at particular price points, which did get a bye recently in the deeming regulations, and pipe and tobacco provide hundreds of jobs in America and thousands globally.

Scrubbing this industry is a huge mistake economically, since it would put many Americans out of work and on the taxpayer dole.

And killing out an important niche player (pipes and tobaccos) disrupts not only U.S. but also foreign economies.

And, yes, the pipe and cigar business is that large and that important to states and nations.

The other day, while not in the best of moods, I took a walk outside a doctor’s office where my wife, Jeanne, was going through some tests. 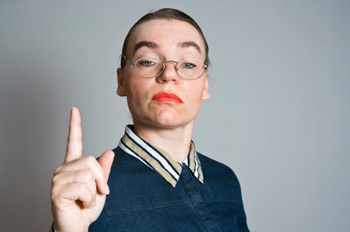 I lit my pipe and began a leisurely stroll with all the other castaway smokers, enduring a broiling sun and enough of a breeze to remind the senses that a day with just enough sunshine and cooling breezes is good for the soul.

As I sauntered, a youngish woman walked up to me and frowned her eyebrows into points. Her eyes narrowed like a sniper’s at my pipe and the streaming smoke.

"Don’t you know you aren’t allowed to smoke anywhere on this hospital campus?"

I looked around at all the other smokers, who were oblivious to her and me.

Not trying to be a smart aleck (read that anyway you prefer), I asked her if she owned the sidewalk?

"No, but the hospital does."

"Did the hospital get financial help from county taxpayers?" I asked.

"What do you mean?

"Did county taxpayers help build this hospital and pay for the sidewalk and parking lots."

"Well, I guess so. But what difference does that make?"