The Elephant Has Landed 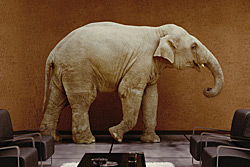 A Second Front has opened in the Tobacco Wars. And if you are a conspiracy theorist, you might see this latest assault as one that could make pipe tobacco harder to find, harder to sell, and harder to purchase. Why? A major reason is that all of these issues result from the heavy tax burden waiting in the wings to be levied against Lady Nicotine, the beloved brown leaf of pipe smokers.

If you have been following the Tobacco Wars for a while, you know that once the States Attorneys General enter into the fray, all the furniture in the room gets rearranged.

Consider this the debut announcement: The elephant has arrived.

The states AGs are already in to the Tobacco War Room, legal pads in hand, red rope folders bulging with files, ready for civil action.

The CVS Caremark decision earlier this year to stop selling tobacco products was the impetus the AGs needed to pick up where they left off with cigarette tobacco manufacturers and take dead aim at pipe tobacco producers. They now have a chair at the table.

In early February, CVS Caremark, the nation’s largest drug store chain in terms of sales, said it would stop selling cigarettes and other tobacco products by October 2014. It’s a "pharmacy," see, a place where you are supposed to get your "health products."

On the heels of the CVS action, on March 16, more than 24 states attorneys general posted letters to five of the nation’s largest retail chains "encouraging" them to refrain from selling tobacco products in its stores that also have pharmacies. Initially, the AG letters went out to Rite Aid, Walgreen, Kroger, Safeway and Walmart.

It’s obvious that if you are targeting the likes of Walmart, you are taking on the King Kong of retail. And, it doesn’t take a brain surgeon to realize that these retail outlets are in the business of making money and selling product, not in courtroom litigation.

Hold on. There’s no litigation, you say.

Ah ha! But the mere fact the AGs sent letters "encouraging" the behemoth retailers to follow CVS Caremark’s action to voluntarily remove tobacco products from its shelves is enough incentive for the suits in those big box chains to cave early on and to quickly appease the AGs. And then, the cynical view would be, that the box retail suits then call a press conference to extol their overt, heavy-handed actions for the good of their customers. They are, after all, really interested in your well-being, doncha know. 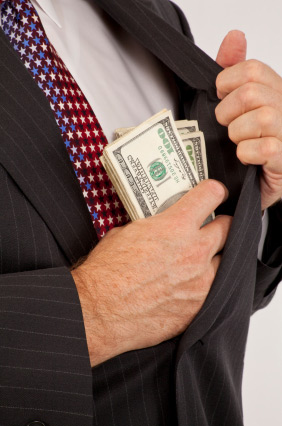 In 1988, the attorneys general in 46 states settled the tobacco Master Settlement Agreement (MSA) and "related state legislation" for an astounding $365.5 billion against the then major tobacco manufacturers of Philip Morris Inc., R. J. Reynolds, Brown & Williamson and Lorillard. The companies had to pay out the gargantuan sum over 25 years. And due to "related state legislation" clauses, the companies also had to comply with terms of settling lesser claims, compensating states for costs incurred in treating people with smoking-related health issues.

If you are wondering why only 46 states settled, that’s because four other states—Mississippi, Minnesota, Florida, and Texas, made separate agreements with the major tobacco companies to the tune of about $35 billion.

And as the wise ol’ Sen. Erv Dirksen of Illinois used to say, "a million here, a million there, and pretty soon you are talking real money."

Only now, the states were looking at billions, not millions. And suddenly, the states had money gushing like oil wells.

It was a revenue stream windfall for the states and the attorneys! Oh, yes, the attorneys had their hands out and in the pie as well.

Prices for cigarettes exploded. In the Southeast, where farm families depended upon the tobacco crop for that extra cash needed for children’s school clothes, shoes and other staples, saw their lives changing in front of them.

Today, there are no tobacco auction houses, once a staple of Southern life, a community culture of sorts, now gone.

Tobacco barns, once bristling with poles of hanging tobacco stalks, have dwindled to near extinction. Tobacco auction houses, once a colorful place bristling with youngsters and storytelling old-timers alike, are now dark.

So, what is in store for pipe tobacco? 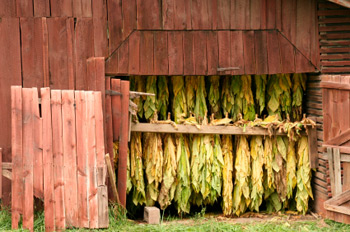 Action by the AGs of the late ’90s is a template for the future of pipe tobacco. The picture emerging from the AG letters to the big box retailers is that if you don’t remove tobacco products voluntarily, then there could be litigation to force you to remove the product. But the implied threat will be enough to finish off the retail outlets.

Then, pipe smokers will be down to a dwindling supply of B&Ms, or bricks and mortar stores that strictly offer pipes, pipe tobaccos, cigars and other tobacco products.

Should the AGs ever turn their guns toward the B&Ms, a significant signal indicator implied in the "Second Front," healthy inventories of pipes and pipe tobacco could be a thing of the past.

There are some other noteworthy details that need to be reviewed here.

For example, many, if not most of the states, used the tobacco settlement money to balance state budgets.

Many of the attorneys handling those state suits became billionaires via the settlements. In fact, the late Ron Motley, who was a leading attorney in the lawsuits against tobacco companies, earned billions for his law firm. He died last year in Charleston, S.C., from what was described as "respiratory complications" resulting from a long illness.

His firm earned fees in the billions and Motley became "wealthier than many of the executives he sued," according to the New York Times obituary of his death. He owned a private plane, a palatial home on the South Carolina coast and a 150-foot yacht. Name of the yacht? "Themis," the female titan of law in Greek mythology.

Many attorneys across the nation have already become or will become multimillionaires from the lawsuits to recover health care costs from cigarette manufacturers.

As bad as that is, the worst part may be found in a report by the Robert Wood Johnson Foundation entitled Broken Promises to Our Children: The 1998 State Tobacco Settlement Fifteen Years Later A Report on the States’ Allocation of the Tobacco Settlement Dollars.

The opening paragraphs of the report’s Executive Summary states the case: "In addition to the billions of dollars they receive each year from the tobacco settlement, the states collect billions more in tobacco taxes. In the current budget year, Fiscal Year 2014, the states will collect $25 billion in revenue from the tobacco settlement and tobacco taxes. Since the 1998 settlement, our public health organizations have issued annual reports assessing whether the states are keeping their promise to use a significant portion of their tobacco dollars to attack the enormous public health problems posed by tobacco use in the United States. 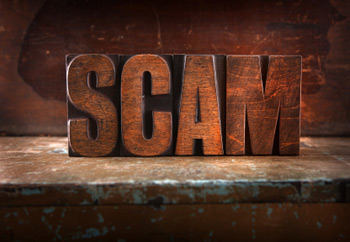 "Fifteen years after the tobacco settlement, this year’s report finds that states continue to spend only a miniscule portion of their tobacco revenues to fight tobacco use. The states have also failed to reverse deep cuts to tobacco prevention and cessation programs that have undermined the nation’s efforts to reduce tobacco use."

The Robert Wood Johnson Report says that "States are falling far short of recommended funding levels for tobacco prevention programs set by the U.S. Centers for Disease Control and Prevention (CDC). The $481.2 million the states have budgeted this year amounts to just 13 percent of the $3.7 billion the CDC recommends for all the states combined. It would take less than 15 percent of total state tobacco revenues to fund tobacco prevention programs at CDC-recommended amounts in every state."

You can read much of the legal minutiae, history and intricacies of the tobacco settlement at the National Association of Attorneys General.

The outcome all of the above tells is that a lot of lawyers have become very wealthy in prosecuting the tobacco manufacturers. The suits put many southern farmers out of business, as well as closing at least one of the major tobacco companies.

In addition, states are not using the settlement revenue for its originally intended purpose. Once again, those paying onerous taxes on tobacco have been taken for a ride with the shades pulled. Why, then, is it right for states to ignore the rules when the lowly tobacco user must obey and pay the price?

The action of the AGs also shows another dark side of the equation: Why is pipe tobacco—which has been proven to be treated differently by pipe tobacco manufacturers than cigarette tobacco in its altered process—viewed with such disdain and being removed from pharmacy shelves when the ingredients for methamphetamine are allowed to remain?

And, in case you have been on another planet, meth is an epidemic, especially in the South. Meth labs spring up like mushrooms. However, meth is no longer the biggest problem. Prescription drugs (uh, which you have to get at "drug" stores) are out of control in most counties in the U.S.

Why are some products, such as computer air dusters, candies (the hard, colorful tabs in long packages), and other common products found on pharmacy shelves allowed to remain when it is known that children are "snorting," or "huffing" them, if the aim is to protect the public from itself?

As for the cans of common aerosolized computer keyboard cleaner that contains compressed gas, or computer compressed air dusters, the practice of inhaling the air is called "dusting." They are right there for the purchasing at your local office supply store. It can kill, of course, and they also can damage the lungs, brain, heart, kidneys and liver, and even cause death.

The computer cleaners contain Freon gas, which is a fluorinated hydrocarbon. It is very dangerous to snort or huff, since it fills the lungs and blocks out oxygen.

So, if the AGs are going to single out tobacco, especially pipe tobacco, why not go after the big chemical manufacturers, big pharma, and others who produce these "over the counter" products that kids can walk in and purchase without restriction and without their parents’ knowledge.

Would it have to do with big money made quickly?