Some Pundit Thoughts at Christmas 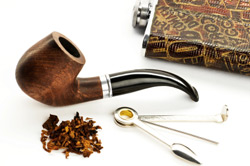 It has been quite sad to learn of Danish pipe maker Peter Heeschen’s recent death. The older one gets, the more the death of friends and acquaintances hit home.

I can’t say that I knew Peter personally, but I did attend an event where he showed many of his beautiful pipes.

He was such a friendly fellow. I found myself feeling ashamed that I could not speak a lick of his language, and his English wasn’t so hot, either.

But, as in most scenarios with pipes, language is no barrier. We know instinctively how to communicate about pipes and tobaccos. It’s in the DNA.

Peter was fun to be around, though I could not afford his lovely crafted pipes, all very Danish in design. There was, though, a different look to his pipes that attracted me.

There was just something about the lines, the forward lean of the bowl from the shank that easily placed him in the Great Danes of the pipe making league.

Years ago, I had a Navy veteran friend who smoked only Danish pipes. He had purchased many on his far-flung voyages with the U.S. Navy during his tour of duty.

His pipe was always either in his mouth or smoldering on his desk. Each day a new Danish pipe appeared with him and was always lit.

His pipes were small, not at all like large English or American pipes, which have always been my favorite. I thought that if you didn’t have a heavy pipe dangling from your mouth, you were not a true pipe smoker.

It had to be that big, bold look, sort of John Wayne with a pipe.

The dainty Danish pipes seemed to me to be a waste of time. It wasn’t until I learned that what my buddy promoted was a quick smoke, a trick he had to learn aboard large ships at sea.

This was back in a time when you could smoke in your office, or anywhere else for that matter, even in a doctor’s waiting room!

Peter’s pipes had a certain flair that seemed light and airy. They were there for the quick smoke or the quantitative lingering puff.

Peter Heeschen will be missed. 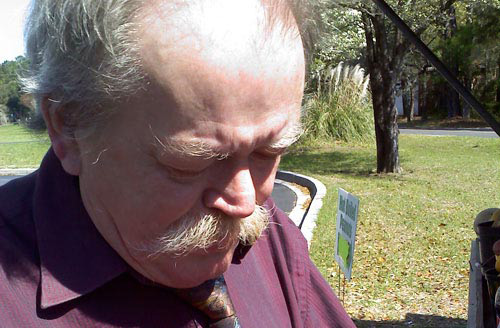 During this Holiday Season, it is time to count our blessings and to be grateful for the past year as well as the time stretching out ahead.

And it has been a great year for new tobaccos tried and pipes purchased. Now is a good time to reflect on those pipes in your pipe racks, and to fill in the blank spaces in the rotation.

I have found that there is nothing like a new pipe to lift the sprits and put a spring in the step.

And, let’s not forget the tobacco manufacturers, who are weighted down under immense pressure by the Food and Drug Administration zombies.

The FDA has the stick and can bring it down upon our heads at any time. Unfortunately, there are few, if any, congressional representatives who will confront the FDA or other zealots who wish to destroy our quiet, contemplative and enjoyable hobby.

But we have few friends when it comes to promoting our side of the issues.

So, remember the tobacco producers and fill up those cellars. I read here the other day that cellaring is causing certain blends to become scarce and even to increase in price.

Yeah, true. It’s the law of supply and demand, but the alternative is to not cellar and when the FDA does issue future tobacco regulations, you may have wished you had been in the cellar counting your blessings. 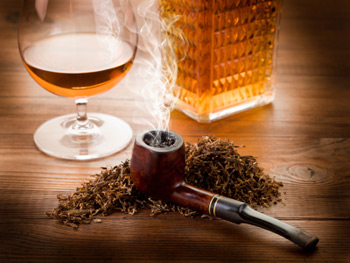 NOW DON’T TAKE this the wrong way. I love pipe artistry. Really, I do. I have some, repeat, some, arty pipes.

But, I just can’t get my head around pipes today that seem to have something like an arrow run through them. Or, they sport gills, bulges, humps, wings, sit up like good little doggies, etc.

I know it is art. It is pipe sculpture, for sure. It’s just . . . . well, just weird. And, I’m sorry, but I don’t get the fish, turtles, whales, frogs and other sorts of shapes coming out of shops these days. I’ve seen some strange beasts lately.

Now, before you take off my head and hand it to me, again, let me say that I’m for art. I have a piece of art in my office. My cat Charlie loves art, too, and demonstrates his definitive style of impressionistic rip and slash often on my couch.

However, let me say that whatever lights your pipe is the way to go.

Honestly, I’d be afraid to smoke one of the stylized Hogwarts. If I dropped it, the thing might crawl off.

Yeah, I’m a geezer puffer. How could you tell?

And while I’m on an end-of-year roll, I just don’t get young pipe carvers who turn out a routine-shaped pipe and then pop up a price that belongs on the price list of a more experienced carver.

I’ve heard this rhetoric a lot lately. I’ve even talked to a friend about this issue. He sells artisan pipes, and knows his pipe art.

His take is that he will sell the pipe at the eye-popping price if it is a quality pipe and possesses the artistry, the expression and the connection.

I can’t and won’t argue with that logic. But, if you are just starting out, and unless you are as talented and as gifted as some of the old-timers who have paid their dues and earned their chops, it would be more productive to keep your prices a couple of notches below the best. 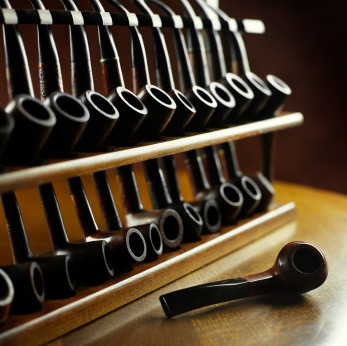 NOW THAT I HAVE your attention, let me just wish all my pipe friends a Merry Christmas and Happy New Year!

The Pundit has had a great year and feels very fortunate that I have not run all of you off.

May all of your smokes be pleasurable and your pipe purchases many in the coming year.

We have much to look forward to both from the tobacco-producing world and from the fantastic pipe carvers creating pipes today.

I have already put my order in for The Standard Tobacco Co.’s John Cotton blends. War Horse is also on my list as is Bengal Slices. I am such a nic wimp, however, I’m afraid the Horse will send me over the fence. I’m gonna try, though.

The Pundit loves a challenge, and tries never to smoke more than one pipe at a time. That’s my best Mark Twain imitation.

We live in the best of times for pipes and tobacco creativity, and the worst of times in terms of onerous state and federal regulations.

With apologies to Sir Winston Churchill, never have so many owed so much to so few. We are living in perhaps revolutionary times on many fronts.

I’ll take mine in pipes and tobacco.

From the Pipe Pundit: Have a great Christmas, everybody.

And I hope that the pipe you have always wanted finds its way to a wrapped box, or the stocking you have hung with care.